The Terror of The Skinwalker – The Native American Boogeyman

America is a hodgepodge of cultures, traditions, folklore tales, and nasty critters of the deep. We simply love to collect monsters and boogeymen from other regions. This great plain of a country, a blank slate if you like, had an ingrained quality that most other religions lacked… there wasn’t an all-encompassing Religious dogmatic belief. Not a single, one of a kind, deistic system. Not only that, but most natives had separate governmental autocracies. Each tribe had their own gods, their own trade unions, their own political echelon. There was no EMPIRE. No Ottomans, no Brits, No Spaniards, nothing… just small roaming, sometimes nomadic, people. Then, when the Europeans came it was a free-for-all. America was split into bitesize bits of monarchy and everyone, plus their grandmother, had a stake in it. The Dutch, the French, The Brits, The Spaniards… and each and every one of them brought along their traditions, and folklore believes. Overtime things sort of melted together and, even better, we started having autochtonous stories and tall tales. Paul Bunyan, Old Stormalong, the Llorona, the Loveland Frogman, the Lusca, everything Lovecraft penned up… Nonetheless, the old tales remained, they appeared and became culturally relevant in modern times, and one of those, even in a bastardized form, was the Navajo’s BIG nasty Boogieman:

Well, that was long. Let’s get to it.

What is the Skinwalker? 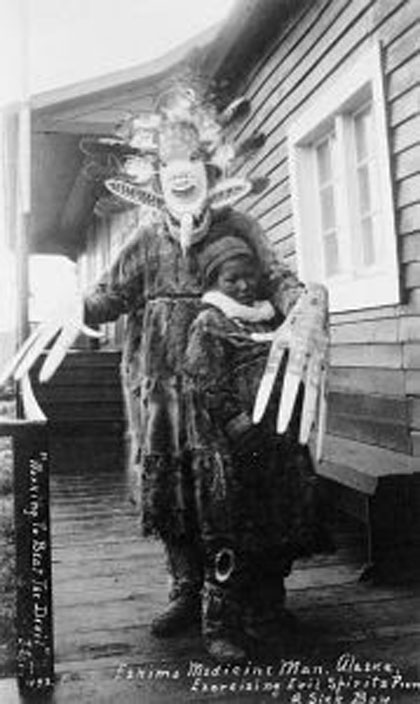 The Skinwalker is an ancient Native American legend that takes on various forms across tribes. In Navajo lore, a skin-walker ( yee naaldlooshii) is a kind of wicked sorcerer who can transform into, occupy, or disguise themselves as an animal.

The myth behind this shapeshifting being known as the Skinwalker has mostly been consigned the label of either hoax, too much peyote, or simply oral traditions transfixed to a culture’s beliefs.

The Navajo Skinwalker nevertheless has deep roots in aboriginal American folklore. Other tribes throughout the region also have their own version of the Skinwalker. The Pueblo people, Apache, and Hopi each have their own unique interpretation of what a skinwalker might be.

Some customs hold tight to the belive that Skinwalkers are produced when a medicine man abuses magic for evil; when they corrupt the natural order of things. The medicine man, now an entity for evil, becomes a Sith Lord. He or she is given awesome powers by the pollution. These powers differ from tradition to tradition. The few things this malicious transformation does have through all tribes is the Sith Lord’s now command over another beast, their ability to turn into different animals, and their capacity to possess other people from their tribe.

In other traditions, a person – man, woman, or child, becomes a skinwalker when they perform any kind of deep-seated taboo; similar to the wendigo curse.

Finally, yet another theory, one that’s tied up to Creation Myths, states that Skinwalkers were once the helpers of divine beings. In Navajo stories, the Naagloshii were agents for the Holy People when they were first training humans in the Blessing Way. Naagloshii were supposed to abandon the mortal world with the Holy People… but a few decided to stay behind. Their greed and desire to stay in the mortal plane corrupted the power the Holy People gave them and transformed them into malicious semi-divine beings.

Some tribes differentiate between Naagloshiis and Skinwalkers. The former the Native American equivalent of Fallen Angels while the latter a mortal with a gift for black magic.

How to kill a Skinwalker

They are reportedly near-impossible to kill. Some traditions state a bullet, knife or spear dipped in white ash might, MIGHT, be able to kill a Skinwalker.

“He who must not be named.”

Just like Voldermort, and Fight Club, you do NOT talk about Skinwalkers. I’m putting my neck on the line just writing about them. Widespread belief in tribal custom warns that talking about wicked beings is not only bad luck but somehow calls out to them and makes their appearance all the more likely; think Beetlejuice.

Given that caveat, little, if anything, is really known about the skinwalker. The Navajo are staunchly hesitant to discuss their boogeymen with outsiders. Even amongst each other the subject is considered taboo.

“What happens when Rowling pulls this in, is we as Native people are now opened up to a barrage of questions about these beliefs and traditions. But these are not things that need or should be discussed by outsiders.”

Native American writer and historian Adrienne Keene explained on how J.K. Rowling’s, or other pop-culture phenomenons like Supernatural or Grimm, that employ of similar entities in their narratives have the affected indigenous people who believed in the Skinwalker.

There are many anecdotes about Skinwalkers online, particularly in Reddit. These occurrences usually transpire on Native American reservations and are supposedly only interrupted by the blessings of medicine men. The descriptions of the being are essentially always the same: a four-legged brute with a disturbingly human, albeit marred face, and orange-red gleaming eyes. Those who have seen a Skinwalker also stated that they were fast and made fiendish cries.

Skinwalker Ranch, also known as Sherman Ranch, is a business located on around 512 acres (207 hectares) southeast of Ballard, Utah. It is thought to be the site of countless paranormal incidents and UFO-related activities. The land, many believe, is cursed… perhaps even the inhabited of a skinwalker. 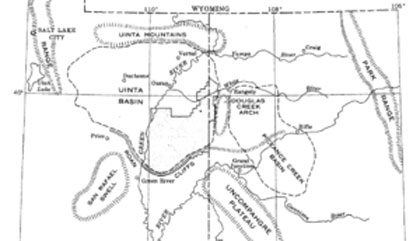 Some of the things that have occurred on the property:

Terry Sherman, the owner of the property way back in 1996, was walking his dogs around the farm late at night when he came upon a wolf. A wolf three times the size of a normal lupine, with glowing red eyes and a mean streak. Terry shot the thing with a rifle at close range… like throwing pebbles at Wolverine’s skeleton.

Cattle mutilations, crop circles, and UFO sightings… at least once a week. One of the cattle was found with a hole cut into the center of its left eyeball. Another had its rectum cut out. Then, one day, seven cows disappeared.

“If it’s snow, it’s hard for a 1,200- or 1,400-pound animal to just walk off without leaving tracks or to stop and walk backward completely and never miss their tracks.”

The thing that spooked Terry the most, and made him sell off his property, were the voices. Terry Sherman heard voices while walking his dogs. Sherman described that the sounds spoke in a language he didn’t understand. They seemed to come with the wind and out of the darkness… He felt as if they were invoking something.

The Ranch was sold to UFO fanatic and Las Vegas realtor Robert Bigelow for $200,000 in 1996. The man established the National Institute for Discovery Science on the grounds and put up abundant surveillance in the property. Things just got weirder.

Bigelow sold the Ranch later on to Adamantium. Since taking over Skinwalker Ranch, this steely company has introduced all manner of surveillance equipment all over the property. Cameras, alarm systems, infrared, etc. Paranormal events are commonplace.

“I take my truck up the road, and as I start to get closer, I start to get really scared. Just this feeling that takes over. Then I hear this voice, as clear as you and me talking right now, that says, ‘Stop, turn around.’ I lean out the window with my spotlight out and start searching around… Nothing.”

Thomas Winterton, interviewed by VICE. Winterton along with several employees was hospitalized after experienced severe skin inflammation and nausea while working on the ranch…. to this day there hasn’t been a clear medical diagnosis for what happened to them.

In 2018 a documentary based on Dr. Colm Kelleher’s – one of the researchers employed by Bigelow – book, Hunt for the Skinwalker, hit the press. It once more galvanized the interest in the creature.

Aside from Harry Potter, Supernatural, and Grimm, those fiendish creeps have shown up in series such as HBO’s The Outsider and the History Channel’s The Secret Of Skinwalker Ranch.

Remote-Viewing and ESP: From the 1950s Onward 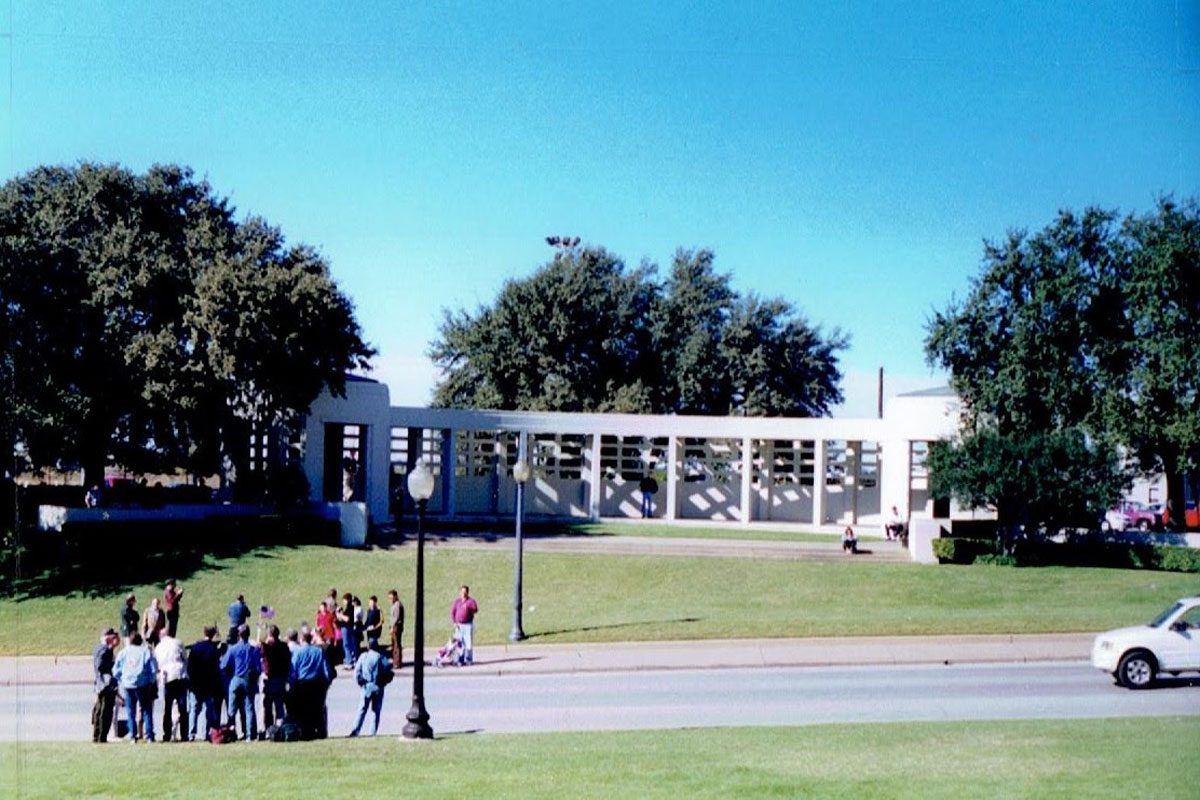 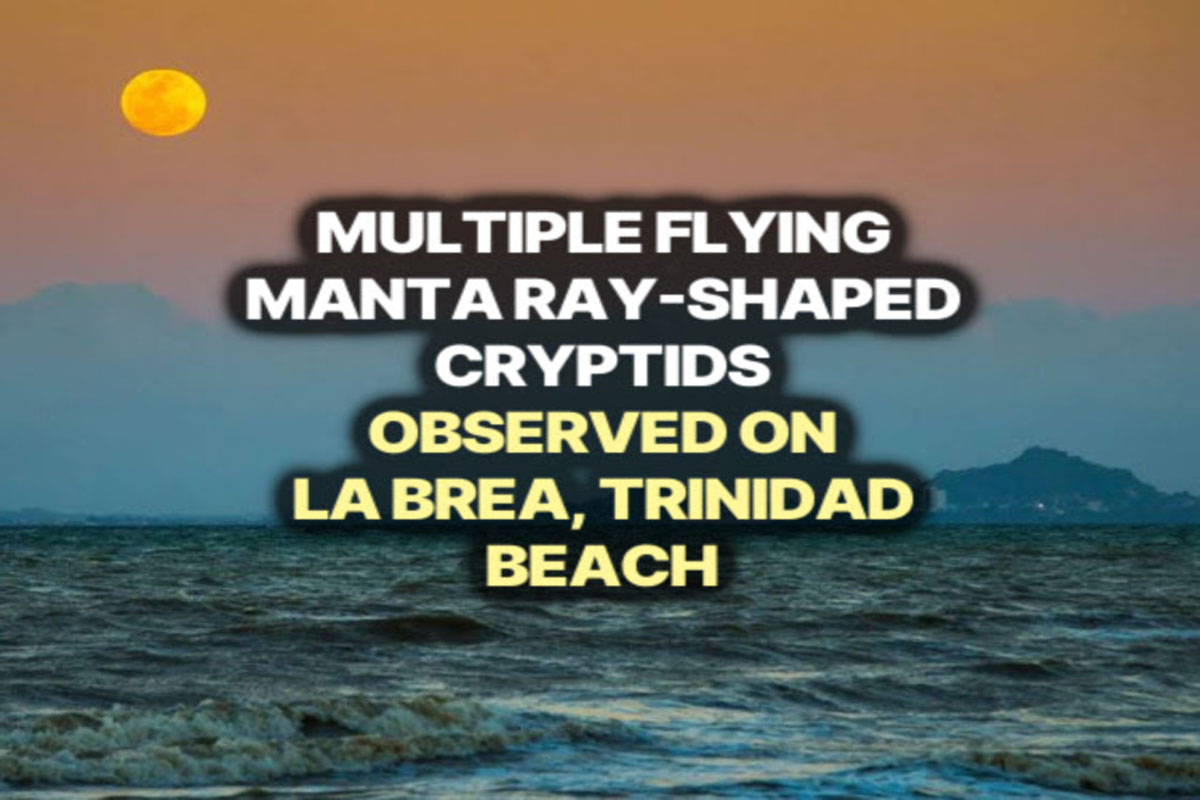