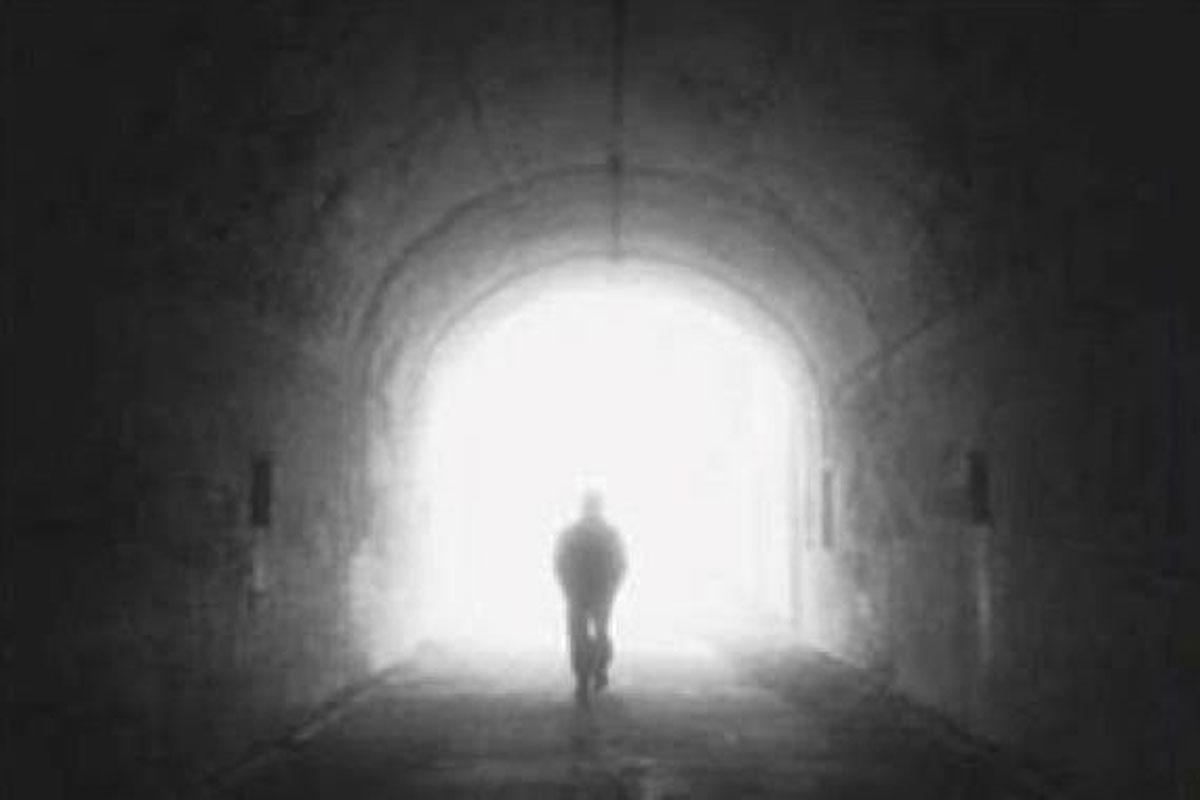 There have been many strange disappearances throughout history, and some of them are truly outlandish. Some of the strangest of these are those cases in which a person has just seemingly blinked out of existence within seconds, there one instance and gone the next. Such vanishings are truly odd in that they happen within the blink of an eye, the victim seeming to just teleport away into mystery, and these cases rank among the weird of the weird. One such case comes from the 18th century, when an elderly man in England just sort of evaporated into thin air in a crowded area, to leave much mystery and speculation behind.

The first time the man known as Owen Parfitt disappeared was in his youth. Born in the late 17th century and raised in the small English town of Shepton Mallet, Owen grew up learning to sew and serving as an apprentice to his father, who was a tailor. He was apparently very skilled at it, shaping up to be a fine tailor, but then one day Owen Parfitt, who at the time had a promising future ahead of him, simply vanished without a trace from his home. The whole town looked for the young man but he was nowhere to be seen, and there had been no note left behind to tell where he had gone. Rumors at the time were that he had enlisted in the King’s service to go off on adventures to faraway lands, as there were some who claimed he had never been happy in a routine life of being a tailor and had yearned for something more. However, no one knew, and the years went by with no sign of him, then decades. Owen’s parents would pass away without ever knowing what had happened to him, and then one day in the early 1760s, when he was little more than a fading memory, an old man walked into town claiming to be the long lost Owen Parfitt. 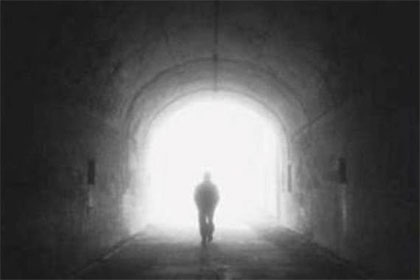 The elderly man just came waltzing in as if nothing had ever happened, and although no one could recognize him as being who he said he was, his older sister Mary certainly did, and was overjoyed at such a sudden reunion with the brother she had long given up for dead. When asked where he had been all of those years, Owen had quite the story to tell. He claimed that, just as everyone had originally suspected, he had gone off on an adventure to see the world, seeing far off colonies, battling pirates, and fighting in wars. Whether these were tall tales or not, he held people captivated by his stories of high adventure in faraway lands. When asked why he had returned, he explained that he was too old to do such things anymore, and that he hoped to now lead a quiet, settled life and finally become the tailor his dead father had always wanted him to be.

For a few years Owen pursued life as a tailor, living with his sister and living a peaceful, content life, but his physical health began to deteriorate rapidly. His body became riddled with rheumatism, which got worse year by year until he could only hobble about on a cane, and it finally got to the point where he could barely walk at all. His sister cared for him as much as she could, but she was even older than he was, and had trouble taking care of him. She decided to enlist the help of a young woman who lived next door by the name of Susannah Snook to help her care for her brother and take away some of her burden. Most of the time, they had to carry the practically bedridden Owen from place to place, as although he was still mentally sharp, his legs just didn’t work anymore. One of Owen’s favorite things to do was to sit in his chair outside on the front porch in the late afternoon watching the sunset and the world go by, talking to passerby and going on about his glory days to anyone who would listen. Every day if the weather was good, Susannah and Mary would carry Owen out to his usual chair, leave him there, and then bring him back in when the sun dipped beyond the horizon. It was all completely routine for them, so when they put him out there one afternoon in 1768 there was no reason to think it would be any different, but Owen was about to pull his second vanishing in his life, and this time it would be very mysterious indeed. 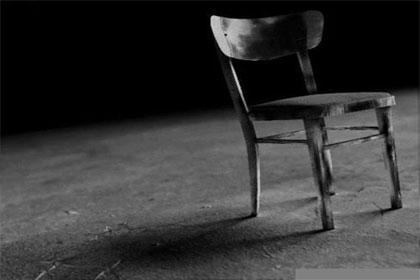 On this afternoon Owen sat out there as usual, wrapped up in a blanket and wearing a thick coat because it was cold that day, and after he had been placed outside Susannah went back to her cottage a short way away and Mary went about her house chores. They would both occasionally look out to the porch to see him sitting out there contentedly, sometimes talking to people passing by but usually staring out into the distance daydreaming, perhaps reliving his life of adventure in his mind. As sunset approached, a storm began rolling in, with black clouds blotting out the sun and thunder rumbling in the distance. Mary decided it was time to take Owen inside, but when she went out to get him she was surprised to see that Owen’s chair was empty, with only the coat remaining where Owen had been sitting just moments before.

Since he was unable to walk on his own, she at first thought that perhaps a neighbor had moved him inside for her, as was sometimes the case, but the old man was nowhere to be found and the neighbors denied having moved him, insisting that they had seen him sitting there all day. Susannah also confirmed that she had not once seen him leave his chair. Two farm workers who had been at work right across the road all day also had not seen Owen go anywhere, nor had they heard or seen anything out of the ordinary at all. Owen’s house was not in a particularly rural area, and was actually on a turnpike road not far from the town center. In fact, there were many witnesses about on that day, yet no one had seen anything unusualor knew where he had gotten off too. Owen’s sister and her neighbors and other townsfolk searched the entire area, but Owen was nowhere to be found, and their frantic calls to him were answered with silence. It was all quite baffling that he could have gotten so far so soon, or anywhere at all for that matter considering his physical state, in front of so many people in a busy area with plenty of people passing by and with the inability to walk. Owen Parfitt had seemed to have just evaporated into thin air, sparking whispers that he had been taken by supernatural forces or that the Devil had come to him for payment on some sinister pact they had made, and there were also rumors that Owen had been involved in witchcraft and black magic. An article in the Somerset County Herald would say of it:

The helpless man had completely vanished, leaving the great coat hanging on the back of his chair. The general opinion was that he had been spirited away by supernatural means, and to add to the terror of the superstitious neighbors, a terrible storm with lightning and thunder suddenly burst over Board Cross. A most exhaustive search was made for him, living or dead. Every wood, ditch, pond, and well for miles around was searched, but in vain. 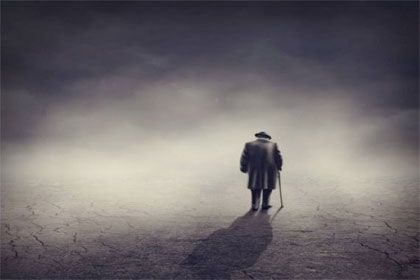 It wasn’t long before articles and headlines like this were all over the papers, and much speculation was brewing. Besides the sensational supernatural explanations, another idea was that he had been kidnapped or even murdered, but how could anyone manage to pull that off in broad daylight and with so many witnesses around without anyone noticing? One idea was that Owen’s sister Mary had been the one to do it, as she had been in a position to grab him and then cover it all up with a fantastical story of him disappearing into thin air, but not only was there no evidence of this, but she was no spring chicken herself, at the time nearly 90 years old. Also, there did not seem to be any reason for why anyone would want this elderly crippled man dead, especially his own sister, who by all accounts had a loving relationship with her brother. He had no money, no enemies that anyone knew of, so could it have been someone from his mysterious past coming after him for some wrong he had done? Who knows? Yet another theory was that Owen had been lying all along, and that he was actually able to walk. There was even a witness who said they had seen him fleeing the area shortly after his vanishing, but why would he fake being a crippled bedridden old man for years on end? What would he have had to gain from this?

No trace of Owen Parfitt or evidence of any one theory or other was ever found. In 1813, there was a bit of excitement when a man who lived about 150 yards from Parfitt’s cottage was gardening and accidentally dug up a human skeleton. At the time it was thought that these were the remains of Owen Parfitt and that the mystery had finally been solved, but an official examination of the skeleton proved that it was actually that of a woman, creating yet another mystery as no one could figure out who she could possibly be or how she had ended up in that garden. In the meantime, the story of Owen Parfitt’s strange vanishing became almost legendary, even influencing the work of the Sherlock Holmes author Sir Arthur Conan Doyle, who said of it, “It forms one of the most piquant mysteries which ever came before the British public.” In the end no one really knows what happened to Owen Parfitt, or how he could have so completely vanished under these circumstances. What happened to him? Can this all be explained somehow, or is it firmly in the realm of the strange? We will probably never know, and his case has become firmly entrenched in the lore of great weird vanishings.