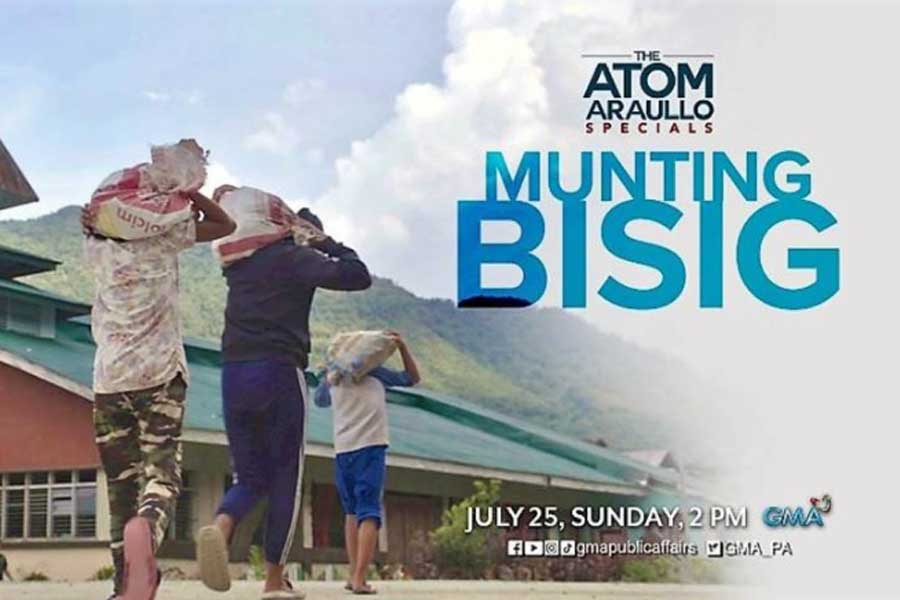 THIS Sunday afternoon (July 25), Atom Araullo gets to know the working children of the pandemic on “The Atom Araullo Specials: Munting Bisig.”

In Cordillera, which reportedly has the lowest cases of child labor in the country, Atom meets Yeseleen, one of only two child labor profilers in the entire province.

In Pasay, Atom meets Joshua—a bread winner of his family at the age of 12. Joshua is part of the “lockdown generation” as he finds himself ‘stranded’ in Metro Manila while his ailing father is left behind in Cavite.

In June 2021, the International Labour Organization released new findings that after a two-decade decline, child labor cases have once again risen all over the world.