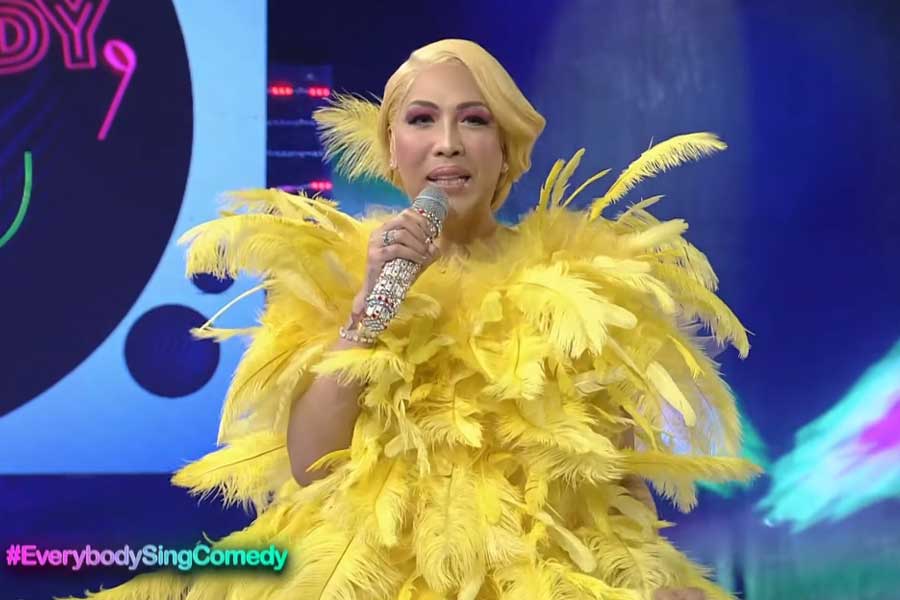 Teachers ace ‘Everybody Sing’ jackpot round to win P500,000

TEACHERS who joined as the songbayanan of “Everybody, Sing!” got a perfect score on Sunday (July 18) to become the third jackpot prize winner of the ABS-CBN community singing game show hosted by Vice Ganda.

Happy shrieks erupted as the teachers jumped for joy for their A+ performance in the jackpot round of the game show that can be seen on sa A2Z, Kapamilya Channel, Kapamilya Online Live, iWantTFC, and TFC.

According to Vice, who was dressed as Elsa from the movie “Frozen,” the educators deserved to win the P500,000 jackpot prize.

Meanwhile, the Saturday (July 17) episode of “Everybody, Sing!” was also a fun-filled reunion for comedy bar performers as Vice offered them an additional P100,000 cash prize.

The comedians breezed through the earlier rounds to collect a total of 102 seconds for the jackpot round, the most ever attained in the program. However, the group, which included the likes of Chad Kinis, MC, and Lassy, managed only nine out of ten correct answers, which is equivalent to P45,000.

She also gave an emotional, yet inspiring message to her fellow comedians.

Who will be the next jackpot winners? Find out in “Everybody, Sing!” hosted by Vice Ganda and featuring the resident band Six Part Invention every Saturday and Sunday at 7 pm on A2Z, Kapamilya Channel, Kapamilya Online Live, iWantTFC, at TFC.

Why Rhen prefers to be lovelife-free