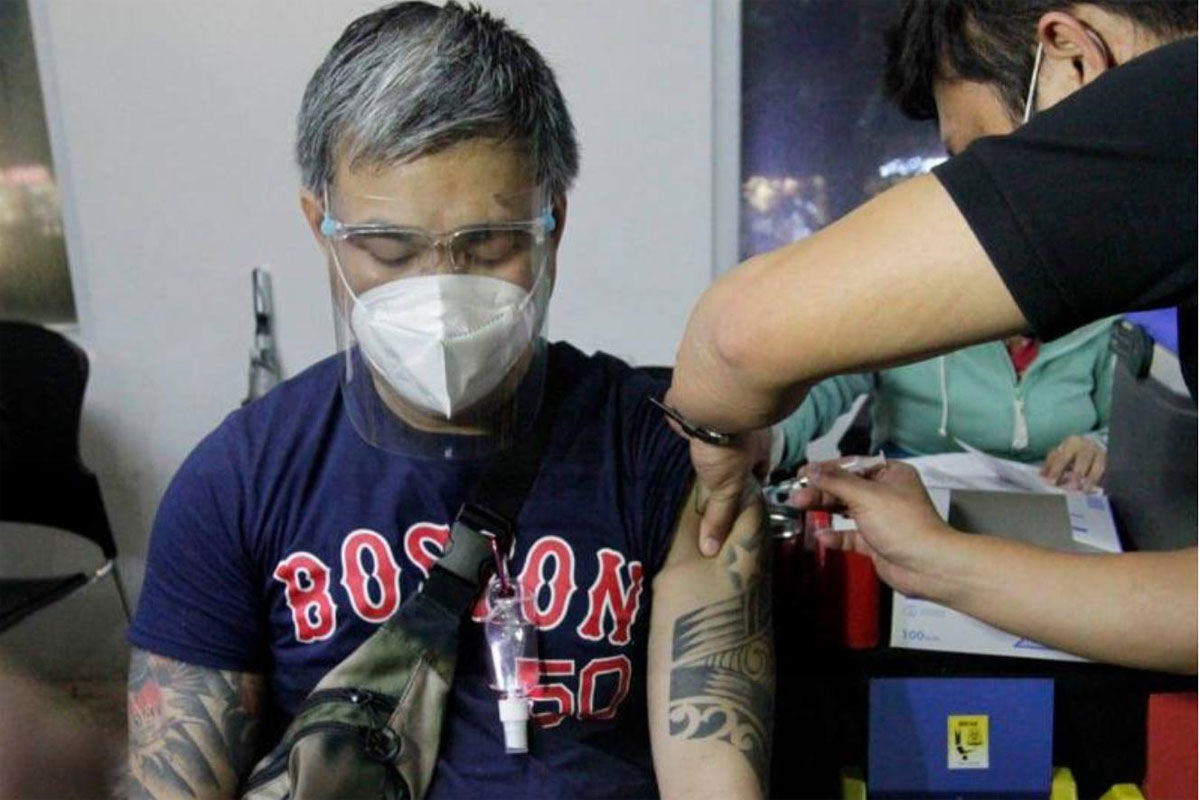 A worker gets his first COVID-19 vaccine jab at the High Street Mega Vaccination Hub during the launching of Bakuna Nights. Photo by EDD REYES
Metro,

AS part of safe, fast and accessible vaccination in Taguig, Mayor Lino Cayetano launched “Bakuna Nights” which aims to accommodate workers who are unable to visit vaccination sites during office hours.

Mayor Lino said the High Street Mega Vaccination Hub located along B-7 Lane, BGC Brgy. Fort Bonifacio will be open for an evening schedule from 6 p.m.until 12-midnight and they are planning to expand this to a 24-hour operating hub for those belonging to the A4 category.

With the launching of Bakuna Nights, Taguig started to vaccinate those belonging in the A4 category, including workers in the events and entertainment industry and restobar owners and workers, which are all economic drivers in the city.

The event also focuses on several industries such as creative industries including artists and musicians working in cafes, restaurants and hotels and self-employed artists.

For her part, Dr. Jennifer Lou De Guzman, National Immunization Program Coordinator in Taguig said all their doctors, nurses and staffs, including guards and Public Order and Safety Office (POSO) employees who were part of the Bakuna Nights program will be transported right at their door steps after their work to make sure they can go home safely.

Mayor Lino added that Taguig Bakuna Nights will also feature live performances from local artists and performers in support of the informal entertainment sector whose livelihood was greatly affected by the pandemic.