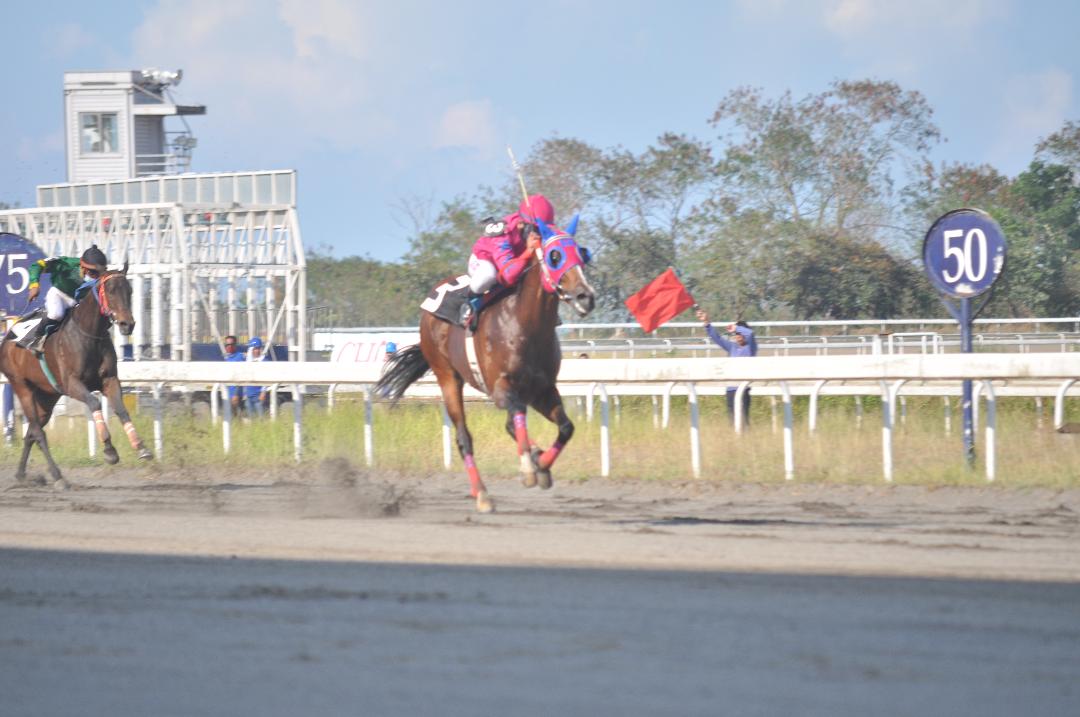 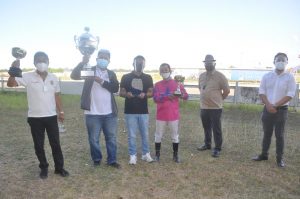 With JB Guce consistently egging on his mount, Super Swerte crossed the line five lengths ahead of Pangalusian Island, clocking one minute and 40 seconds after the 1,600-meter race, which was staged for the benefit of medical frontliners at the Philippine General Hospital.

It can be remembered that Pangalusian Island stole the spotlight from the favorites by pulling off a surprise triumph over Super Swerte in a thrilling homestretch during the Philracom’s Presidential Gold Cup late December last year.

This time, lady luck smiled on Super Swerte and wasn’t denied of the champion’s purse of P1.2 million for horse owner Mayor Sandy Javier, chairman of the Metropolitan Association of Race Horse Owners.

Pangalusian Island checked in second that netted P450,000 for horseowner-breeder Wilbert Tan while Great Wall finished third for a day’s earnings of P250,000 and Toyforthebigboy placed fourth for P100,000.

“We are very satisfied with the response of racing aficionados to this rivalry between Super Swerte and Pangalusian Island. It’s one-all for them and we expect to see them again in the Chairman’s Cup on June 20 at the MMTCI,’’ said Philracom Chairman Aurelio “Reli’’ De Leon.

Proceeds of the Commissioner’s Cup, which offered a total prize of P2 million, will go to the PGH in Manila after the third floor of the government-run hospital was recently destroyed by fire.

Meanwhile, Cat Bell, one of the expected contenders in the coming Triple Crown, topped the 3YO Maiden Stakes Race by defeating O Sole Mio in the 1,500-meter contest that made horse owner Elmer De Leon doubly proud.

Cat Bell triumphed over six other horses in the race in one minute and 37 seconds and won P600,000 for De Leon out of the P1 million guaranteed prize. O Sole Mio netted P225,000 under the guidance of jockey JB Hernandez, Tocque Bell placed third (P125,000) and La Vie D’Or checked in fourth worth P50,000.