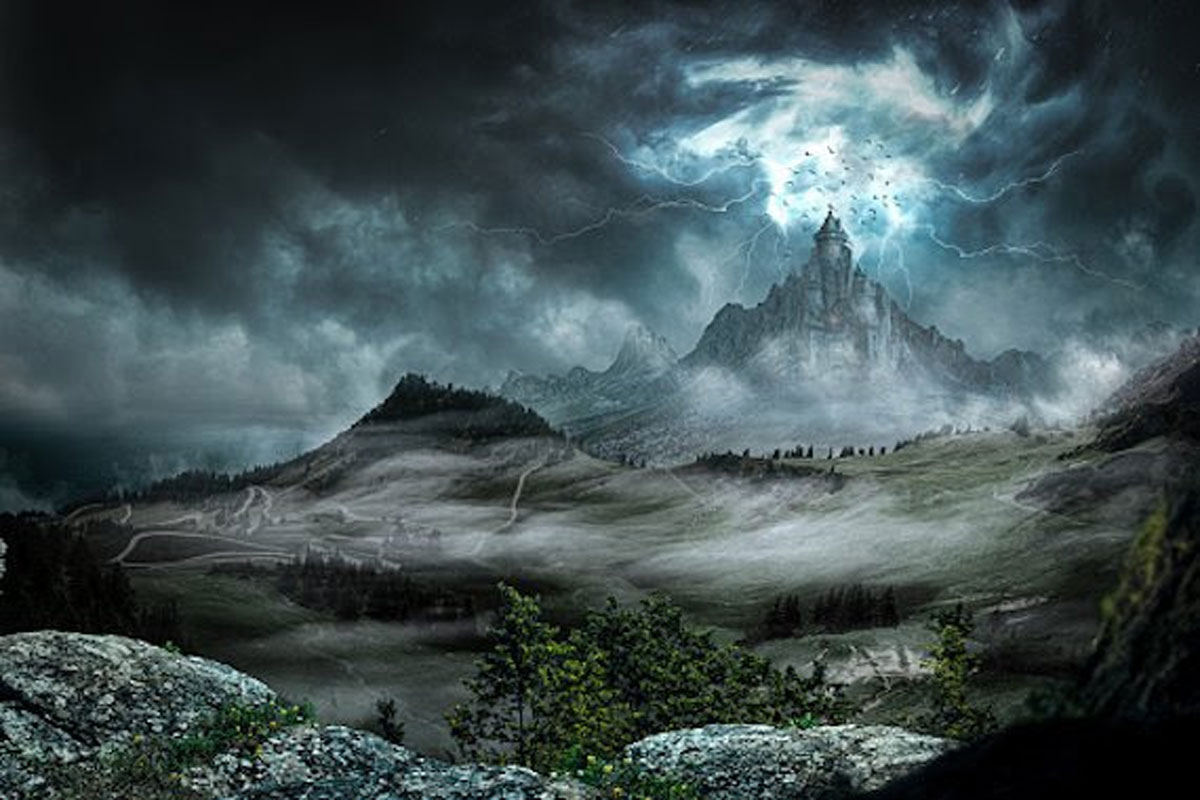 Strange and Spooky Tales of the Undead from the 12th Century

Throughout the ages there have been tales of the undead. These take many forms, including zombies, vampires, and other undead creatures of the night. Such tales go back far into history, encompassing all manner of strange phenomena, and they have remained strange, often obscure and forgotten historical oddities. In the 12th century, William of Newburgh wrote a sprawling, multi-volume tome called Historia Rerum Anglicarum, which meticulously covers the known history of England from around 1066 up to 1198, and is one of the oldest known texts on England’s history. Throughout the volumes, William of Newburgh compiles older history texts and accounts that had been passed down verbally to weave together a tapestry of the early history of England, and for the most part it is all based in realistic, grounded accounts and texts that were deemed to be true and reliable. Yet, among the pages depicting spectacular battles, intrigue, as well as the mundane workings of life in historical England, there are some accounts that really stand out as jarring and eyebrow raising, as well as truly bizarre accounts of vampires, zombies, or whatever it was.

In the fifth volume of his text, the topic turns to mysterious accounts of the undead, drawn from sources that William of Newburgh deemed to be reliable and compelling enough to make it worth mentioning. The first of these tells the tale of a mysterious stranger who in around 1196 came from the province of York to arrive at a place referred to as Anantis Castle. According to the account, this stranger was “a certain man of evil conduct,” who got up to unspecified “evil propensities.” This man quickly became loathed in the area, but still was able to find a wife, who he controlled with an iron fist, jealous when she even looked at another man. It would appear that one day he found that she was cheating on him, and so he determined to catch them in the act. One day he hid up among the rafters above the bedroom and did not have to wait long before his wife appeared with another man. He was so furious that he lost his grip and fell to the floor right in front of the two startled lovers. He was helped to bed by his wife, where he stayed to heal his seriously injured head and back. While he was bedridden, a monk came to visit him and implored him to repent for his sins, but the man refused and would die during the night. 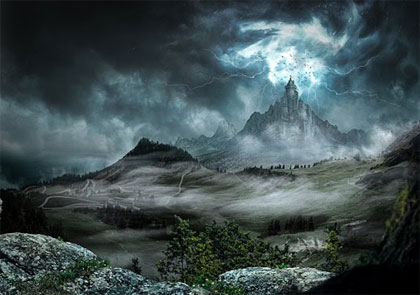 The following day, the evil man was given a burial, and the town rejoiced to be rid of him, but it would seem he was not done with them just yet. From that night onwards, villagers began to see the dead man shambling about in the shadows, often trailed by a pack of scruffy and fierce feral dogs. The dead man would wander the streets looking for people foolish enough to be out, and would attack them and beat them to within an inch of their life before vanishing into the night. Before long, the local populace was forced to cower in their homes at night, but even this was dangerous, as the undead revenant would use his rancid, poisonous breath to fill homes with death and disease, causing those within to either drop dead or fall seriously ill. People began to leave the village to the point that it was little more than a ghost town, with just the ambling undead monster and anyone brave enough to stay left behind.

Two of these brave souls were a pair of brothers whose father had died from the revenant’s diseased breath and who had stayed behind because they wanted revenge. To this end, they went to the grave of the evil man with the intent of digging up the undead corpse and burning it. When they unearthed the body, the sight that met them was even more gruesome than they had been expecting, the corpse “swollen to an enormous corpulence, with its countenance beyond measure turgid and suffused with blood.” They stabbed the corpse with a knife, only to find that it began gushing an unnaturally copious amount of blood, far more than normal, and this convinced the brothers that this was indeed a creature not of the world as they knew it. They then dragged the corpse, which was lucky for them not moving, and hacked out its heart before setting it on fire. By this time, they had attracted a group of curiosity seekers, who gathered around to see the undead monster be destroyed once and for all, and it is said that when it had been reduced to ash all those who had fallen ill from the creature’s breath miraculously gained back their full health. Rather interestingly, after telling this tale of a supernatural undead creature, William of Newburgh just sort of gets back to normal, mundane history, even writing “These facts having been thus expounded, let us return to the regular thread of history,” basically saying “and now that we have all of that undead monster stuff out of the way, let’s get back to our usual programming.” 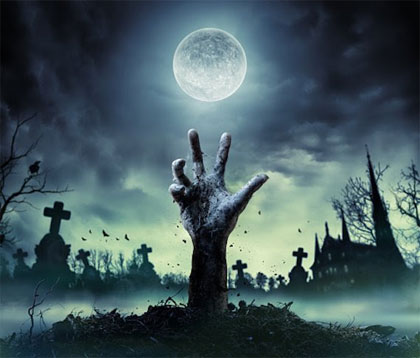 Luckily for those who want to read about more vampires and less historical stuff in the tome, William of Newburgh gets back to the subject of the undead several more times throughout. At around the same time as the previous tale, in approximately 1196, a rich man died and was buried in Berwick, Scotland, and much like the revenant in the previous tale, this man too rose from his grave every night and prowled about with a pack of snarling, barking dogs in tow. The undead creature of Berwick took to lurking about the town attacking people and beating them, and this particular monster also would tell people that the village would know no peace until his corpse was burned, almost as if daring them to try it. When people began getting sick and dying from some sort of mysterious illness, it was blamed on the creature, and a mob of angry villagers arrived at the grave to dismember and burn the corpse to ashes, ending the reign of terror. Once again, William of Newburgh gets back to the topic at hand and makes no more mention of the Berwick vampire, leaving it all to the imagination. However, he just can’t seem to help himself, and from among these pages more such tales invariably emerge.

Another story apparently comes from the county of Buckinham, where a man died and was buried, but doesn’t seem to have been stopped by death. The following evening, the man’s wife had quite the shock when she woke to find her dead husband lying in her bed and trying to crawl on top of her. When dawn came, he lumbered off, but the following night he would return and attack her again, so she gathered a group of villagers to keep vigil over her as she tried to get some sleep. The undead husband returned yet again, but was chased off by the armed villagers. Rather than return to the wife the next night, the undead man instead began menacing his brothers, and when they too drove him off, he killed their animals in revenge. 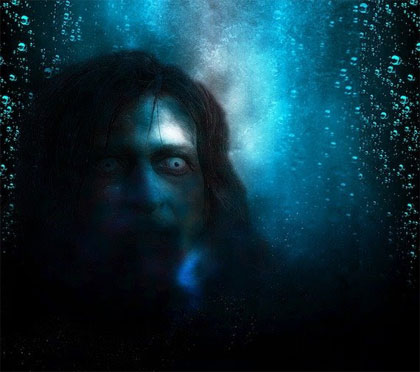 After this, the undead fiend began terrorizing others, and even began appearing during daylight hours, where it seems that only a few people were actually able to see him, while he remained invisible to others. When the local clergy wrote to the bishop of London asking for how to proceed, they were told to find the body, dismember it, and burn it, as that seemed to work pretty well. However, in an interesting twist, the clergy of the afflicted town found this to be unsavory, instead taking another approach. In this case, they wrote an official church letter absolving the undead man of all of his sins, after which they placed it within his tomb. With this done, the creature ceased its attacks and stayed buried

Finally, we have a tale from a place called the Melrose Monastery, where a chaplain allegedly died and was buried on the grounds. This particular chaplain seems to have been no saint, rumored to be quite the womanizer, and when he died he was apparently deep in an affair with a woman. Upon dying, he was then said to rise each night to return to her, creepily loitering around her property and bedchamber like the worst kind of stalker, often whispering to her and groaning. The lady was understandably distressed by all of this, what with an undead ghoul stalking her from beyond the grave, and so she went about trying to do something about it. She approached the other monks of the monastery and implored them to help her be rid of this unnatural scourge, whereupon two friars and two strong local men went about carrying out her wishes. The four men went to the monastery cemetery and waited for the thing to show itself, which seems to have been boring work because three of them wandered off to leave a friar alone.

As soon as he was alone, the undead chaplain supposedly rose from his grave and lurched towards him. For a moment the friar forgot about the axe that he was holding in a white-knuckled grip, but as the undead creature descended upon him he leapt into action and buried its blade within the thing’s chest. The undead chaplain reeled back and made to escape, not seeming to be slowed down much by the gaping wound he had just incurred, but the friar chased after him. Unfortunately, the revenant was able to get to his tomb and slam the door shut. At about this time, the friar’s companions returned, and after hearing what had happened waited until dawn to finish the job they had started. When the tomb was pried open, the corpse was lying there inert, with the axe wound and a “great quantity of gore which had flowed from it in the sepulchre.” The four of them dragged the body from its resting place, took it outside of the monastery, and burned it down to cinders. After that, the nightly incursions ceased. It is just another weird story just sort of casually mentioned within this manuscript of legitimate history, and it really makes one wonder just why he felt the need to include such tales. According to William of Newburgh, these cases came from reputable sources, and were believable enough to him that they were worth mentioning. While the word “vampire” is never mentioned in any of these, it is not hard to see how these might fit into the narrative of the undead that was to come in the following centuries, and they are all very unique accounts for their time period. What was going on here, and why should these accounts be deemed worthy enough to mention in these historical texts? Was this all just pure folklore or something else? Whatever the case may be, they remain some pretty compelling historical accounts all the same.