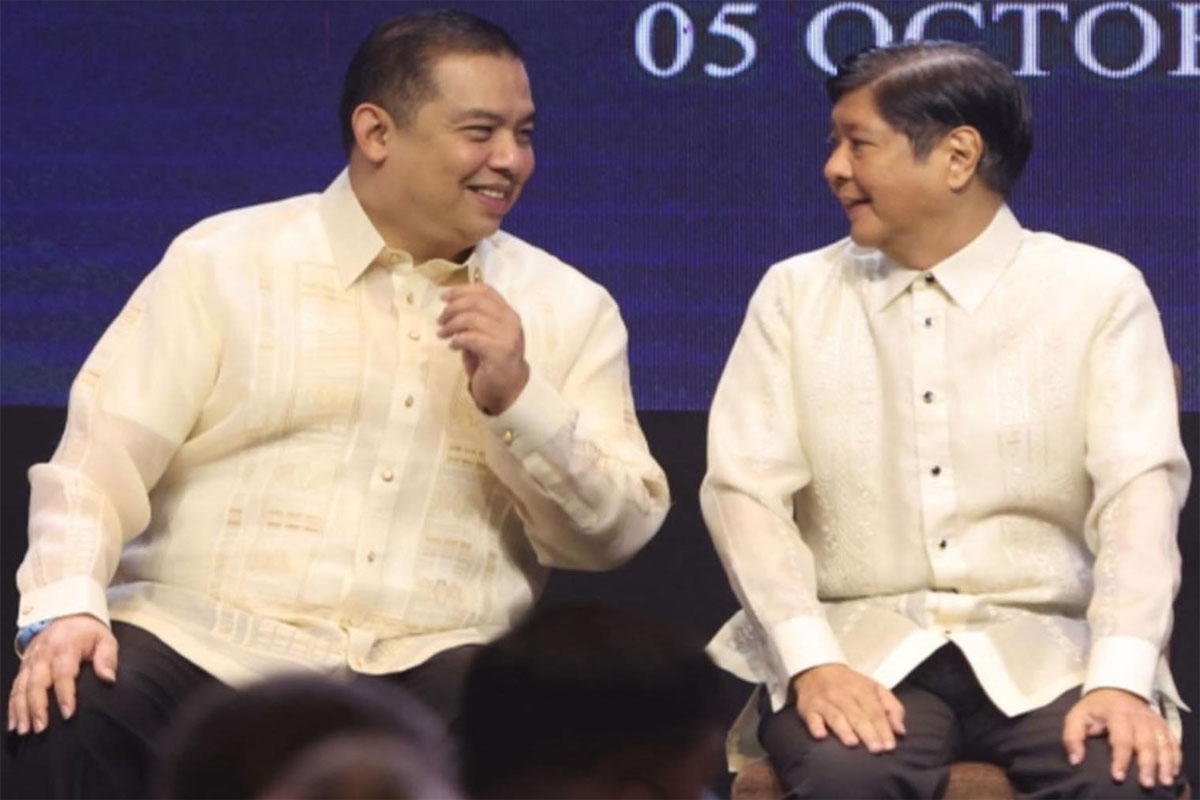 Despite having the numbers in the House to pass the MIF, Speaker Martin G. Romualdez said it is still up to President Ferdinand Marcos Jr. if he wants to certify the bill as urgent so it could be approved on third and final reading before the House adjourns for its Christmas break.
Nation,

WITH overwhelming multi-partisan support for the Maharlika Investment Fund (MIF) bill in the House of Representatives, Speaker Martin G. Romualdez said on Wednesday he defers to the discretion of President Ferdinand R. Marcos, Jr. whether or not to certify the measure as urgent.

In a press briefing Wednesday morning (Philippine time) in Belgium with members of the Philippine media, Romualdez pointed out that despite initial concerns over the proposed measure more lawmakers have expressed their desire to be included among the co-authors of the measure.

“The Majority Floor Leader (Manuel Jose Dalipe) told me that we had over 220 [co-authors] and I think by the time I get back baka umabot na ng 250. So there will be over two-thirds of the House who will be co-authoring because there have been exhaustive briefings,” Romualdez, who is part of the official delegation of President Marcos in Brussels for his participation in the ASEAN-EU Commemorative Summit, said.

As of 1 p.m. Wednesday, the official records in the House showed that the total number of lawmakers who signified their intention to be co-authors of House Bill (HB) No. 6608 seeking to establish the MIF has ballooned to 246.

Even before the opening of the plenary deliberations on the measure last Monday, several party leaders voiced their support for the passage of the bill following amendments that removed the Social Security System (SSS) and Government Service and Insurance System (GSIS) as mandatory sources of seed money to start the MIF.

In a rare move, even House Senior Deputy Minority Leader Rep. Paul Daza (Samar 1st District), who earlier voiced concern against the measure, lauded on Monday the proponents of the bill led by Speaker Romualdez for introducing such changes, saying it shows the lawmakers are listening to the people and that democracy is working.

Despite having the numbers in the House to pass the MIF, Romualdez said it is still up to the President if he wants to certify the bill as urgent so it could be approved on third and final reading before the House adjourns for its Christmas break.

“Well, that’s up to him (President Marcos),” Romualdez said when asked if the President wants to ensure swift passage of the bill in the House.

By certifying the bill as urgent, the House can dispense with the three-day rule—the requirement of the Constitution that no bill shall become a law unless it has passed three readings on separate days.

The House is set to adjourn its session this week.

It could be recalled that during his flight to Belgium on Sunday, President Marcos told reporters that the creation of the MIF was his idea, as he also expressed support for the measure in the House.

The President stressed that the country needs additional investments and creating the MIF is one way to achieve this goal.

By certifying the bill as urgent, the House can approve the measure on second and third reading within the same day.

The Speaker stressed that the whole purpose of setting up a sovereign wealth fund is to provide the capital and vehicle which can bring further development and benefits to people.

“And as they say, especially when it comes to capital investment size, does matter, you need scale to participate in large projects, whether infrastructure, power even in the agricultural sector, you need, massive, capital,” Romualdez said.

Pooling the capital coming from idle funds of government financial institutions (GFIs) and government-owned and controlled corporations (GOCCs) is a good way to provide the needed economy of scale to invest in such projects, according to Romualdez.

Likewise, Romualdez said investing a sovereign fund such as the MIF in a particular sector would likely attract private investors to come in too.