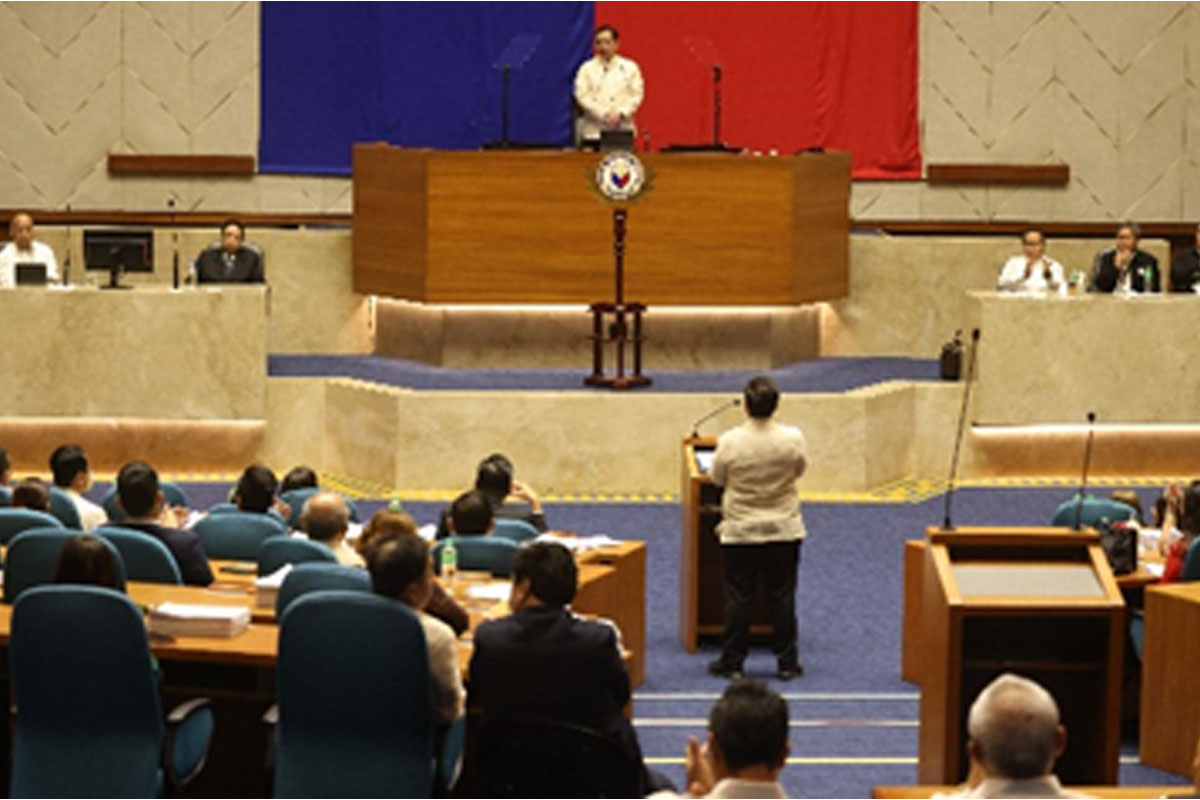 CHRISTMAS BREAK-Speaker Martin G. Romualdez delivers his message during the last session of Congress for 2022 at the plenary of the House of Representatives Thursday night. Photo by VER NOVENO
Nation,

“It is the most important and potent tool the President, his economic team and the entire government can use to accomplish the goals of the prosperity roadmap,” Romualdez said.

He said the House of Representatives and the Senate deliberated on and approved the President’s first full-year budget proposal “in record time.”

“As far as I can remember, the 2023 budget is one of the few spending bills signed into law in mid-December, way before the start of its implementation on New Year’s Day,” he added.

Romualdez thanked members of the House and the Senate and Executive officials for their cooperation in the early passage of the appropriations bill.

He said the administration, principally the Department of Budget and Management (DBM), now has enough time to prepare for the release of funds appropriated in the 2023 budget law.

“The money needed to sustain our economic expansion momentum and keep the country on the high-growth path should be out on January 1. Agencies should be ready to keep up with their programs, activities and projects, while observing transparency and accountability,” Romualdez said.

“This record-breaking enactment of the country’s P5.268 trillion national budget for 2023 is proof of the Marcos administration’s unparalleled commitment to quickly set into motion all the programs needed to revive the economy. This shows that the President fully understands the need to sign the budget bill without delay to quickly address the needs of our people,” Dalipe said.