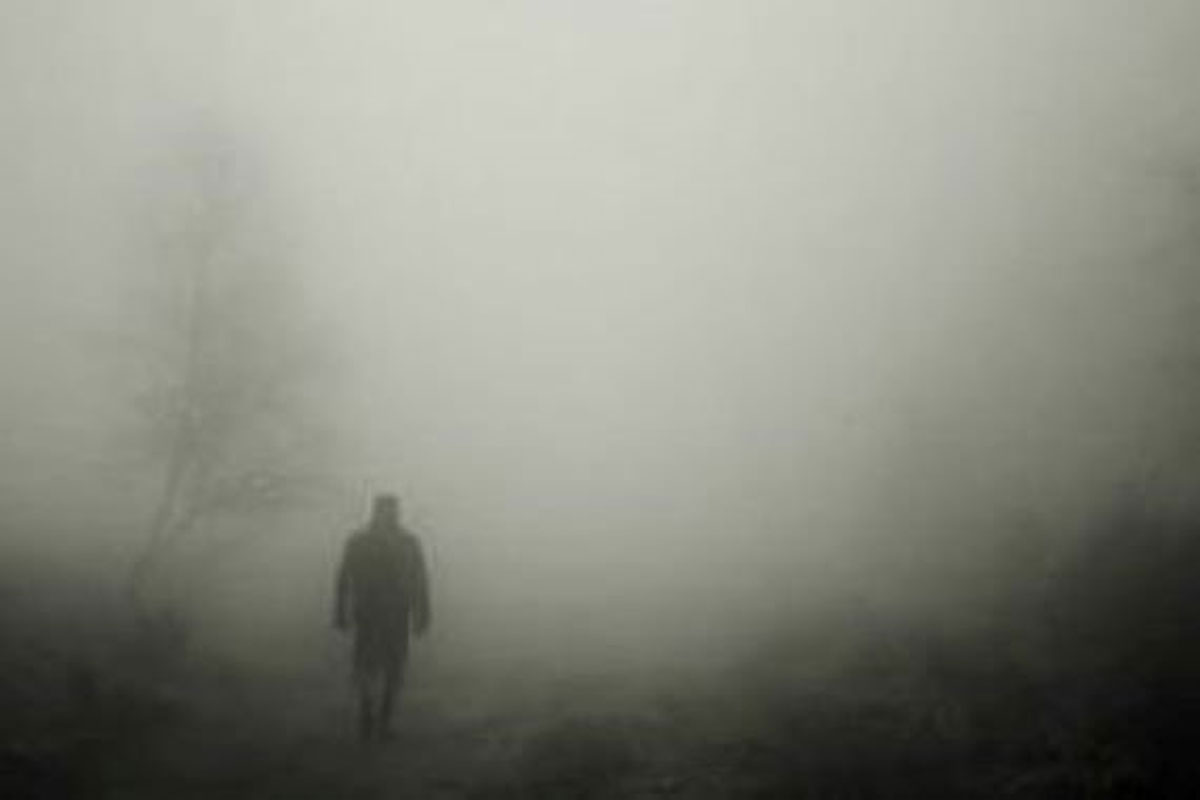 What makes us who we are? What is the stuff of our identity and our sense of our place in the world? This has been talked about and debated for ages, but one thing that seems to be true is that is is our memory that holds us all together. Without our memories, those threads that hold together who we are, there is nothing. Yet, what happens when our memories are wiped away and we are left a blank slate? Here we get into some pretty strange territory, and a selection of cases of mysterious people who vanished, only to come back with no memory of what has happened to them and indeed no understanding of who they even really are.

Our first case here goes quite a way back, to the late 19th century and a 61-year-old man by the name of Ansel Bourne, an evangelical preacher and carpenter living in Coventry, Rhode Island, in the United States. In January of 1887, he left Rhode Island to vanish without a trace. He would apparently travel to Norristown, Pennsylvania in order to open a stationary shop under the name of Albert J. Brown, taking his whole life savings with him in order to apparently start a new life, although no one at the time knew this and by all appearances he had just walked off the face of the earth. No one seems to know why he had suddenly packed everything up and gone off to do this, nor why he would take up making stationary considering that he had always been a carpenter by trade, and there is no way to know if there is any connection to the oddities that would follow. Things seem to have gone well for the first two months, all while people searched for him in his hometown, but then in March of that year his life would further unravel into a very strange tale of the weird.

On March 14th 1887, Bourne, or “Brown” as he was now known, woke up and simply did not know who he was or where he was. In fact, he still thought it was January, and seemed to have no awareness that the preceding two months even existed at all. When he was told that his name was Brown, he did not recognize that name, and insisted that he was a carpenter named Ansel Bourne. His new life as Brown seemed to have totally fed from his mind, with him not recalling starting the stationary shop, nor his move to Pennsylvania. Local doctors examined him and came to the conclusion that he was suffering some form of amnesia, but it was not clear why this should be, as he had suffered no injury or traumatic event. He had simply gone to bed one evening as Brown and then woken up as Bourne again. His identity and memories as Bourne remained completely intact, but the prior two months were a foggy blank, as if he been under the possession of an entity called Brown. 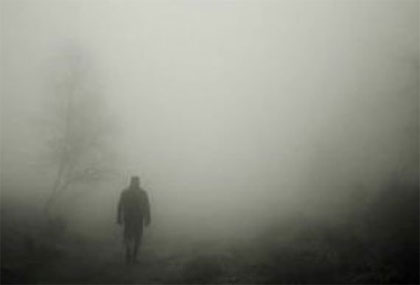 Making it even stranger is that psychologist William James of Harvard University and Richard Hodgson of the Society for Psychical Research would study him, and found that when put under hypnosis they were able to conjure up the personalities of both Brown and Bourne, both of which seemed to be unaware that the other existed at all. The case of Ansel Bourne has gone on to be known as one of the earliest documented cases of multiple personality and amnesia, as well as a possible case of what is called dissociative fugue, wherein the consciousness of an individual sort of withdraws as the body goes about its business, often under a different identity, and it is hard to tell just what might have happened here. What happened to this man and why did some new personality emerge to live two months in a new life only to disappear and leave Bourne unaware that it had ever happened? We may never know, and the case has been largely credited with being the inspiration for Jason Bourne of The Bourne Identity book/movie series.

Moving forward in time to the year 1985 we have the case of Jody Roberts, a former reporter for The News Tribune of Tacoma, who suddenly and inexplicably went missing from Tacoma, Washington. There was no sign of her, the disappearance remained unsolved, and little did anyone know that at the same time there was a woman who had mysteriously appeared in a shopping mall in Colorado, with no memory of how she had gotten there. She would spend 4 months in the hospital, with no one able to figure out who she was, and eventually take up a new identity under the name Jane Dee, starting a new life with no recollection of who she was or where she had come from, all while those who knew her in Washington basically gave her up for dead. In 1989, she got married and moved to Alaska, living in a fishing village on the outer coast of Baranof Island along the Southeast Alaska Panhandle and having four children. She started an Internet web page design company, and was oblivious to her own life before that trip to the mall in Colorado.

That might have been the end of it, but twelve years after she went missing someone by chance recognized her in Alaska, and before long the media had moved in to find that “Dee” was in fact the long lost reported from Tacoma who had become a mysterious vanishing and cold case being treated as a homicide. When confronted with her past life and past family, she had no recollection of anything at all, seemingly confused about the whole ordeal, and although she seemed pleased to reconnect with her past life, she was never able to remember any of it. She mostly withdrew from the media attention, and just as speculation was swirling that she was faking it all, she would disappear again, this time for good, leaving behind her new husband and children and not being seen since. What happened to Jody Roberts? No one knows.

Our next case begins on April 9, 2011, when a 33-year-old mother of four named Amber Gerweck disappeared from her home in Jackson, Michigan. She had just gone through a divorce, but was close with her kids, so it was strange when she just went out and never came back. Her car was found in Georgia about 30 miles from her parents’ house, with the keys and ID still in the vehicle, but there was no other trace of where she had gone. No one knew what had become of her until a month later, when a woman walked into a police station in Joliet, Illinois, 600 miles from her parents’ house in Georgia, claiming that she had no idea of who or where she was. There were no signs of injury, no trace of drugs or alcohol in her system, yet she claimed she had no idea of who she was. When her photo was released to the media it did not take long for people to identify her as the missing Gerweck, but even when reunited with her family and loved ones she could not remember. 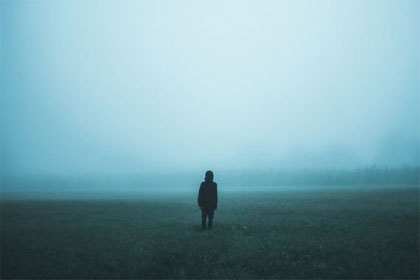 She would eventually regain bits and pieces of her memory, but most of her life remains in a fog and no one knows exactly why. She was officially diagnosed with psychogenic amnesia, also known as dissociative amnesia, a sort of dissociative fugue, usually caused by some sort of trauma, either psychological or physical. Indeed, although Gerweck has no memory of her disappearance, she seems to be under the impression that she was attacked at some point. She would say that she vaguely remembers someone in her car with her, saying:

In this case, it may be that her amnesia is her brain’s was of helping her trying to cope with some trauma. One Dr. Jason Brandt, a professor of psychiatry and behavioral sciences at the Johns Hopkins University School of Medicine, would say of this particular disorder and its victims:

They’re not problems of the brain. They’re not conditions where there’s an abnormality of the brain, but they’re things that people are doing, they’re disorders of behavior. The brain itself is healthy; the programing just got screwed up. When we see these patients, we often say, ‘Listen, the good news is you’re going to get better. There is nothing wrong your brain. You have a healthy brain. The person really has nothing wrong with their memory. They’re just not retrieving it when they want to. With the passage of time and treatment, it comes back. This is a kind of a psychological running away. I’m not implying that it is a conscious decision. Very often it is not conscious. It’s a way of escaping from an intolerable situation.

It is still not understood how she made it to Joliet from Georgia without her car, nor why she doesn’t remember anything that happened to her. We are left to try and understand just what happened to these people. Were their lives really erased from their mind or is there something else going on here? How could they so fully forget who they are and where they have come from? Is it all indicative of some willing need to start a new life or are there possibly powers of the human mind at work here? We may never know for sure, and it all hints at some pretty odd stuff.

The Bolivia “UFO Crash” of 1978: Time for a New Investigation