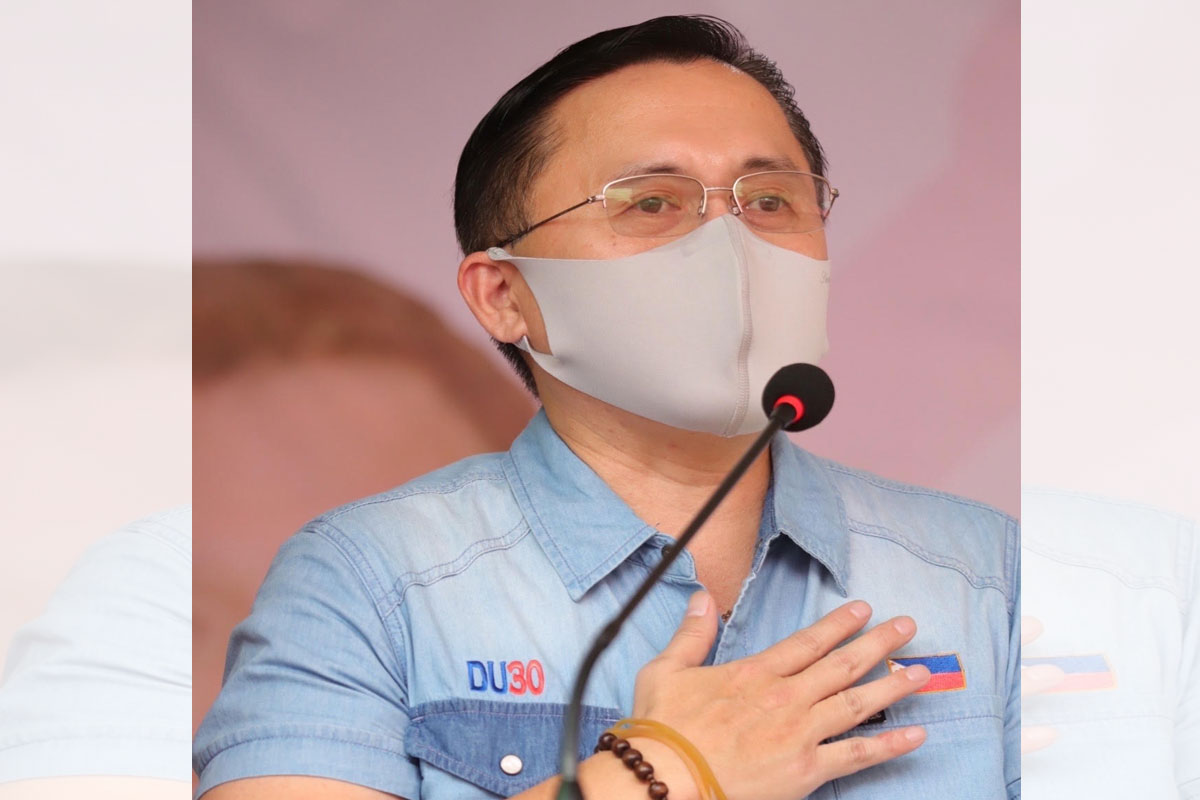 PRRD makes own decisions to secure welfare of Filipinos

NATIONAL Defense Secretary Delfin Lorenzana stood firm in emphasizing that retired Lt. Gen. Antonio Parlade Jr.’s claims that President Rodrigo Duterte was being controlled by Senator Christopher “Bong” Go, or anyone for that matter, is baseless.

“In the years I have known the President, he has always been his own man. The President stands by his own decisions, has always been firm in his directives to us who are working for him, and is not as easily swayed or influenced by others as purported by the general,” Lorenzana said in a statement.

According to Sec. Lorenzana, Bong Go has assisted the DND in ensuring the doubling of the salaries of the uniformed personnel as directed by the President. He has also been consistent in strongly supporting DND in all its programs and modernization efforts as attested by the defense secretary.

“In all these endeavors, Bong Go’s support to the DND and AFP has not abated. He has always been our main bridge to the President and I have not known any instance when SBG acted outside the wishes and decisions of the President,” Lorenzana emphasized.

Lorenzana added that the AFP remains a professional organization that continues to work in the interest of the Filipino people, regardless of the prevailing political landscape.

“There is no truth to the allegations that there is brewing trouble or discontent in the AFP,” Lorenzana clarified.

Go cited the increasing the salaries of the uniformed personnel as one of these decisions that benefitted the armed forces, among others.

In 2018, President Duterte signed Congress Joint Resolution No. 1 which doubled the base pay of a private in the Armed Forces of the Philippines, police officer I in the Philippine National Police, and equivalent ranks in the Bureau of Jail Management and Penology, Bureau of Fire Protection, Philippine Public Safety College, Philippine Coast Guard, and the National Mapping and Resource Information Authority.

While he said he has no rift with Go, Parlade told the media on Monday that he “cannot align with a President Bong Go.”

“I don’t like the way he does things, including controlling the decisions of the president,” Parlade claimed.

Go, on the other hand, said that he does not want to argue with Parlade and that he continues to respect him.

In the meantime, Go added that despite his candidacy, he will continue to focus on his duties and responsibilities as a public servant and work to assist the country overcome the pandemic.