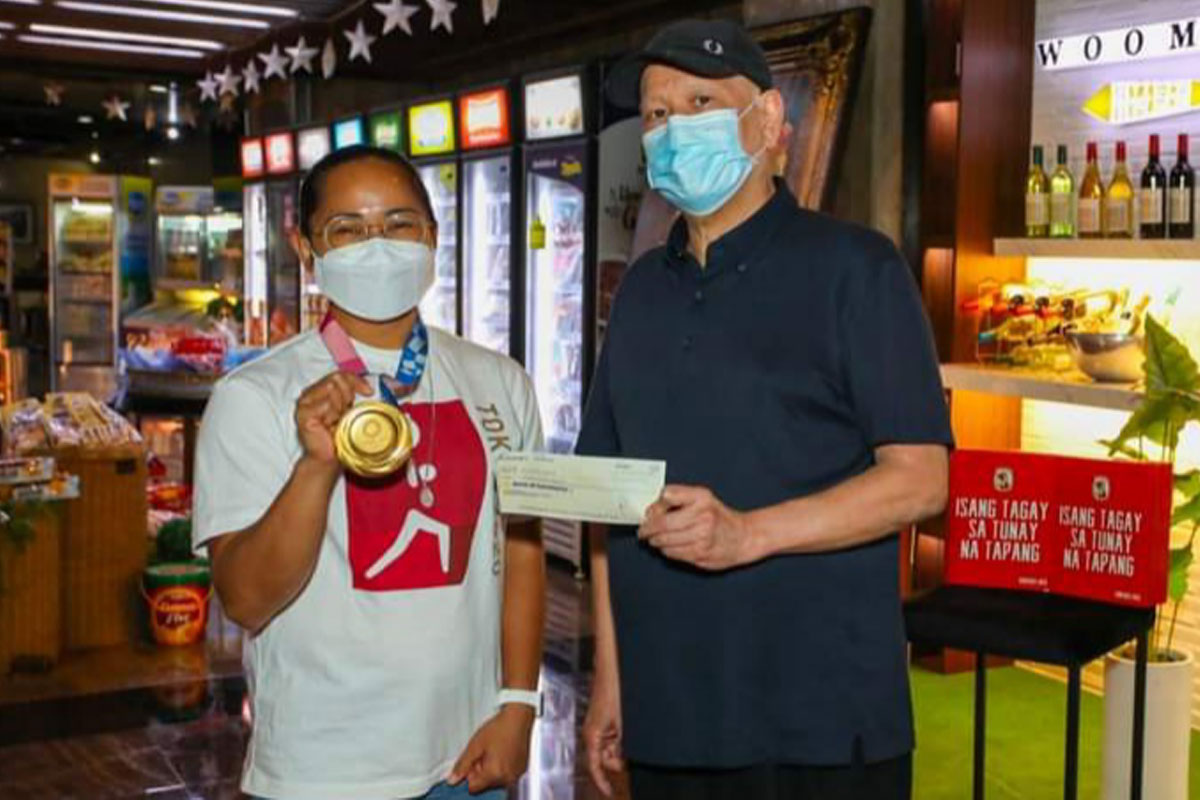 SAN Miguel Corporation (SMC) will build a P50-million sports center in Balayan, Batangas as part of its commitment to help develop homegrown athletes who can compete in local and international sports competitions, as well as promote health and wellness in the town and throughout the province of Batangas.

This was announced recently by SMC President and Chief Operating Officer Ramon S. Ang, during the formal opening of the new Balayan municipal building and government complex, where he was also declared an adopted son of Balayan.

Ang said that the commitment to build a sports facility lines up with the local government’s post-pandemic recovery plans, which includes promoting health and wellness through a public sports facility within its sprawling government complex.

“With a growing majority of Filipinos getting protected against COVID-19 through vaccination, there should be greater emphasis on health and fitness for the public in the coming years. Through this sports center, which will be part of our company’s overall support for sports development, we hope to get more Balayan residents involved in sports,” Ang said.

Ang pointed out that a number of the country’s more prominent athletes are from the province. Barangay Ginebra Gin Kings’ LA Tenorio and former Ateneo volleyball star Alyssa Valdez are from Nasugbu and San Juan in Batangas, respectively.

Throughout the pandemic, the company invested significantly to put up its own RT-PCR testing laboratory to provide free testing for its employees.

“Mr. Ang has been extending enormous support to the various socio-economic development projects of the local government, which address social challenges and champion environmental stewardship, community and enterprise development, education, health, disaster management, and volunteerism, for the benefit and well-being of Balayenos,” Fronda said.

He added: “Drawing inspiration from his acts of generosity–which bring great impact to the community at large by uplifting the lives of the people and raising their standard of living–we deem it proper to issue the order to declare Mr. Ang as an adopted son of Balayan.”

“Balayan has always been my second home. A lot of people here are like family to me. That is why I will always try to do my part to help the town develop and progress,“ he said.

He added: “With our country moving towards recovery from the pandemic, San Miguel is investing in many regions all over the Philippines, to help build public infrastructure and economic growth centers. We hope to do this in Balayan to help support the growth of your local economy and provide opportunities not just for people here, but also from all over Batangas,” Ang said.

Recently, the SMC completed construction on its new sports facility in Pasig, the SMC Sports Complex, designed for use by the company and its professional basketball teams in the Philippine Basketball Association (PBA), namely the San Miguel Beermen, Barangay Ginebra San Miguel Gin Kings, and Magnolia Hotshots Pambansang Manok.

Ang awarded P5 million each to boxers Carlo Paalam and Nesthy Petecio for winning silver medals while he gave P2 million to Eumir Marcial for his bronze medal feat.

Aside from the cash incentives, Ang said SMC also provided Diaz and the three boxers with SMC businesses of their choice which they can put up in their respective home provinces.

During the 2005 Southeast Asian Games, SMC also supported the Philippine team that also won the overall championship with 112 golds, 85 silvers, and 93 bronzes.