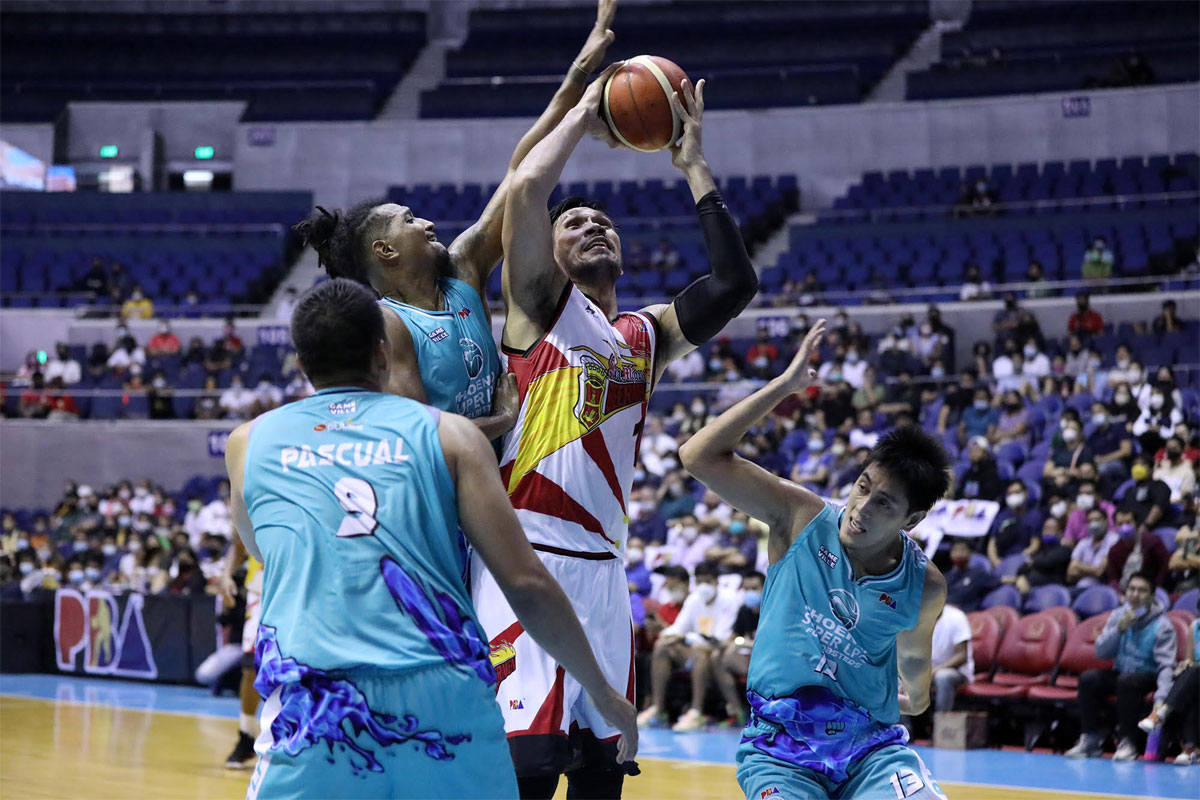 SAN Miguel Beer and NLEX clash today in an early battle of favorites in the PBA Philippine Cup at the Ynares Sports Center in Antipolo.

The Beermen and the Road Warriors take the floor at 3 p.m. with the winner improving to 2-0 record and the early lead in this season-opening conference.

San Miguel defeated Phoenix Super LPG, 108-100, while NLEX outlasted Terrafirma Dyip, 105-102, in a pair of exciting matches on the second day of competition in Asia’s first play-for-pay league at the Smart Araneta Coliseum.

San Miguel coach Leo Austria said the return of June Mar Fajardo and Mo Tautuaa right after the Southeast Asian Games enabled them to practice together as part of their preparations.

“Once natapos ‘yung SEA Games, June Mar Fajardo and Mo Tautuaa were able to get to the team to practice,” said Austria in an interview posted at the official PBA website.

“We’re happy because… I think this is the first time we had a complete pre-season training. We were able to address ‘yung mga kinakailangan namin, especially ‘yung chemistry,” added Austria.

Proof of Austria’s observation was the fact that the Beermen issued a total of 31 assists out of 44 made field goals, complementing an assault led by Fajardo’s 24 points and 15 rebounds.

NLEX was just as good against Terrafirma, coming back from a 16-point halftime deficit to win the game.

“I look at it as a good sign of the character of this team.”

Kevin Alas, Calvin Oftana and JR Quinahan led the way for the Road Warriors, who exploded for 40 poings in the third quarter alone to turn the game around.

In the 6 p.m. mainer, Magnolia Chicken Timplados and Converge try to barge into the win column after dropping their opening-day assignments.

Magnolia suffered a 72-78 setback at the hands of TNT Tropang Giga, while Converge dropped a 77-79 decision to Rain or Shine on opening day last June 5.