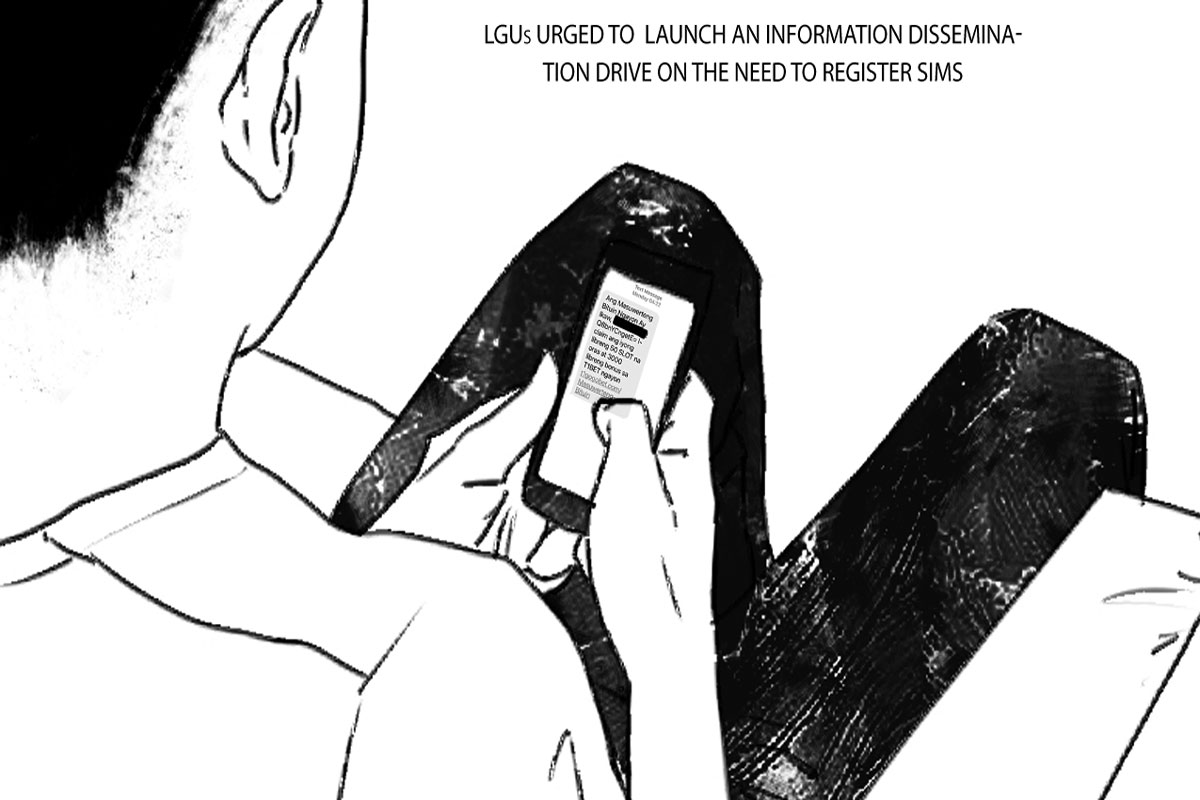 THE Department of Information and Communication Technology (DICT) and the telecommunication companies would do well to help mobile phone users in registering their SIM cards.

Like other well-meaning Filipinos, we share the view of Leyte Rep. Richard Gomez that the country’s telecommunication firms should take care of their own business and problems.

He said the DICT and telcos should spearhead the registration of subscriber identity module (SIM) cards since these private firms are the ones earning millions of pesos a day from celfon users.

He made the statement after the Department of the Interior and Local Government (DILG) called on LGUs to launch an information dissemination drive on the need to register SIMs.

Republic Act 11934, first law signed by Marcos, aims to regulate the registration and use of SIMs. It mandates all end users to register their SIM cards with their telecom networks.

All existing SIM subscribers must register with their respective Public Telecommunication Entity (PTE) within 180 days of the law’s effectivity. Registration starts on December 27.

The two-chamber Congress crafted the measure in response to the rampant scam messages received by many people, angering various sectors of Philippine society.

In fact, she was once victimized by a sweet-talking man, introducing himself as a distant relative, who just arrived from the oil-rich Kingdom of Saudi Arabia.

The mandatory registration of all SIM cards is seen to address the problem in impoverished Philippines, which is dubbed as the world’s “Celfon Capital.”