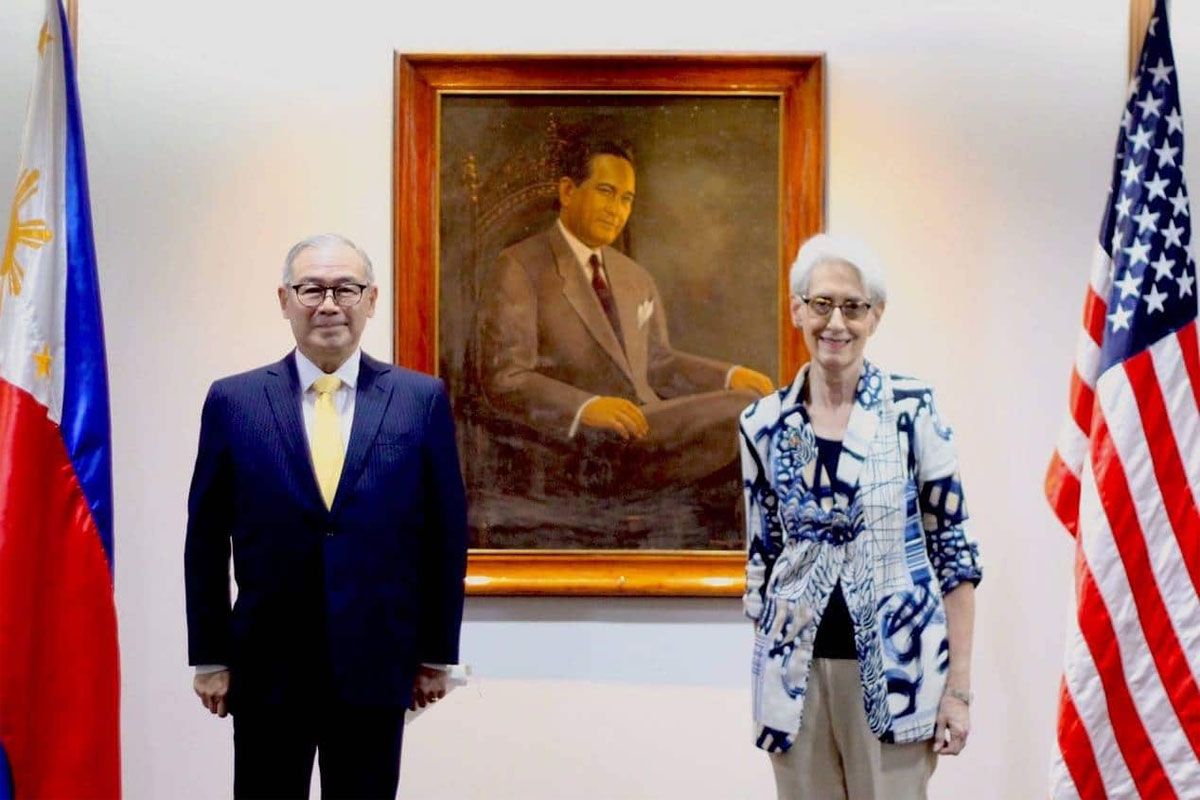 In her farewell call to Locsin, Sherman personally thanked the Secretary for his significant contributions to the Philippine-United States alliance, especially in light of the restoration of the Visiting Forces Agreement (VFA) in July 2021.

Locsin welcomed the United States’ reaffirmation of its commitment to the alliance.

The Deputy Secretary said the U.S. will help the Philippines meet its defense modernization goals and address the daunting regional and global challenges both countries face.

Sherman likewise committed to supporting the Philippines’ economic recovery efforts, including its transition to clean energy and digitalization.

The United States remains important and strategic trading and investment partner of the Philippines.

Both sides also agreed to engage constructively in protecting democracy and human rights at home and abroad.

Locsin reiterated the Philippines’ invitation for the U.S. to support the three-year UN (United Nations) Joint Program on Human Rights (2021-2024), which demonstrates the highest level of the Philippines’ commitment to inclusive partnerships and continuing reforms in the areas of human rights, accountability and the rule of law, and to investing in the capacity-strengthening of national institutions.

Before the call on the DFA secretary, Sherman also called on President-elect Ferdinand R. Marcos, Jr. to personally congratulate him on his victory as the country’s next leader and discuss opportunities for the two nations and the importance of partnering together to deepen both countries’ alliance and friendship.

The Deputy Secretary is in the country to meet with both outgoing and incoming administrations to discuss concrete ways further to strengthen the relations amid the Philippine Government transition.

Sherman is the highest-ranking State Department official to visit the country since the start of the COVID-19 pandemic.

The Deputy Secretary is visiting the Philippines for the first time as part of a series of visits to the Asian region.