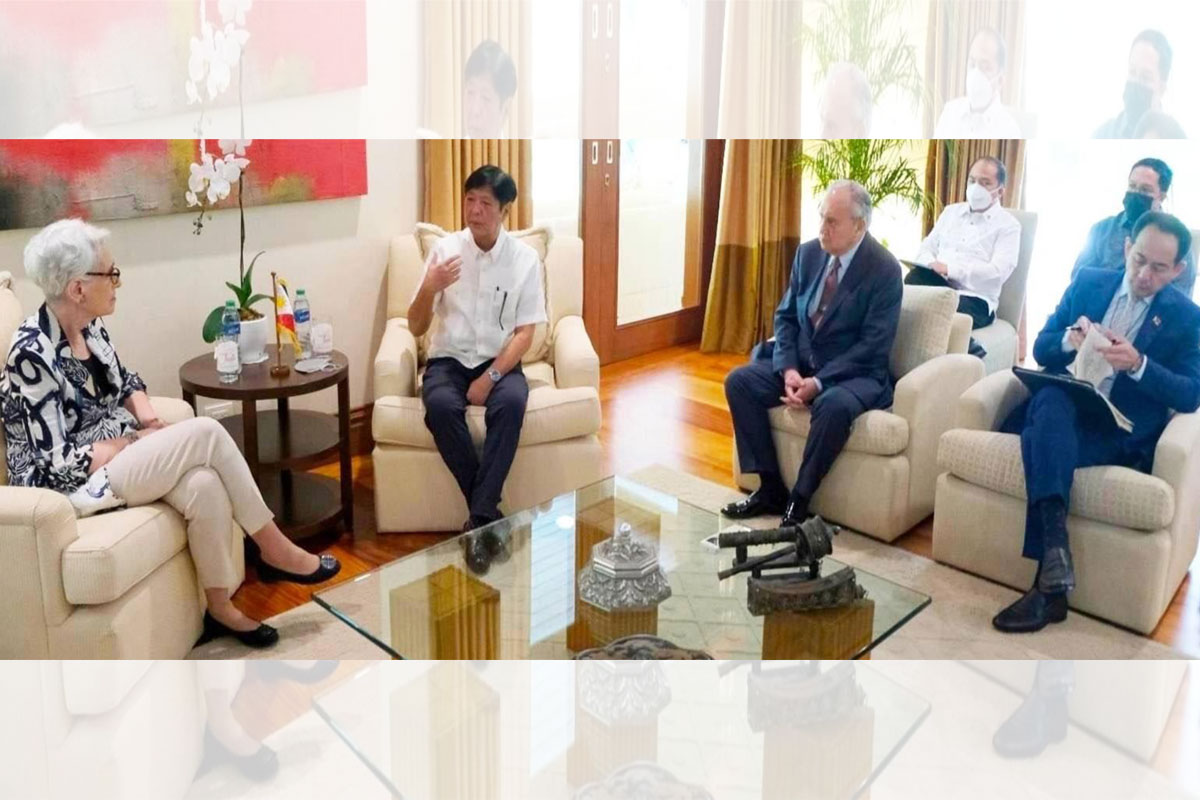 United States Deputy Secretary of State Wendy Sherman on Thursday met with Philippine President-elect Ferdinand Romualdez Marcos Jr., where opportunities for the two nations were discussed and the importance of partnering together to deepen their alliance and friendship. Marcos’ advisors including Philippine Ambassador to the United States Jose Manuel Romualdez, incoming Executive Secretary Vic Rodriguez and Department of Foreign Affairs Undersecretary Theresa Lazaro were also at the meeting.
Nation,

Sherman: Marcos welcome to visit us

PRESIDENT-ELECT Ferdinand Marcos Jr. is welcome to visit the United States as the new leader of the Philippines, a visiting ranking official of the US said on Thursday.

US Deputy Secretary of State Wendy Sherman, who was asked if Marcos would be able to freely travel to the US amid a contempt judgement case issued by the US Court in 1995 in connection with a human rights class suit against his late father, Ferdinand Marcos Sr., explained: “This is not something that needs to be discussed. The fact is that when you’re head of state, you have (diplomatic) immunity in all circumstances and are welcome to the United States in your official role.”

She added that Marcos would have been in the US-ASEAN special summit in Washington DC in May had he been the president at that time.

Sherman said US President Joseph Biden looks forward to working with Marcos and his administration on a range of areas of cooperation such as renewable energy, health, digitalization, defense modernization and security, among others.

Also discussed were opportunities for the two nations to deepen their alliance and friendship and seize new opportunities to deliver for the people in the years to come.