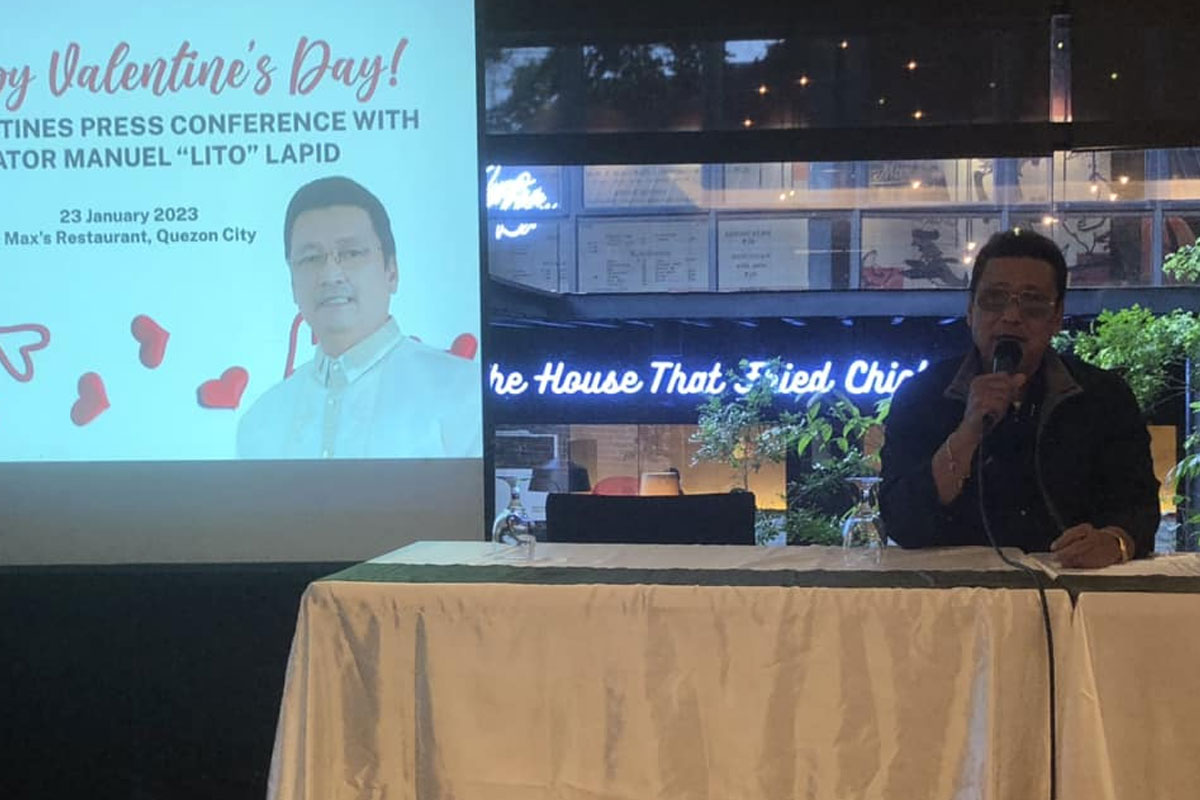 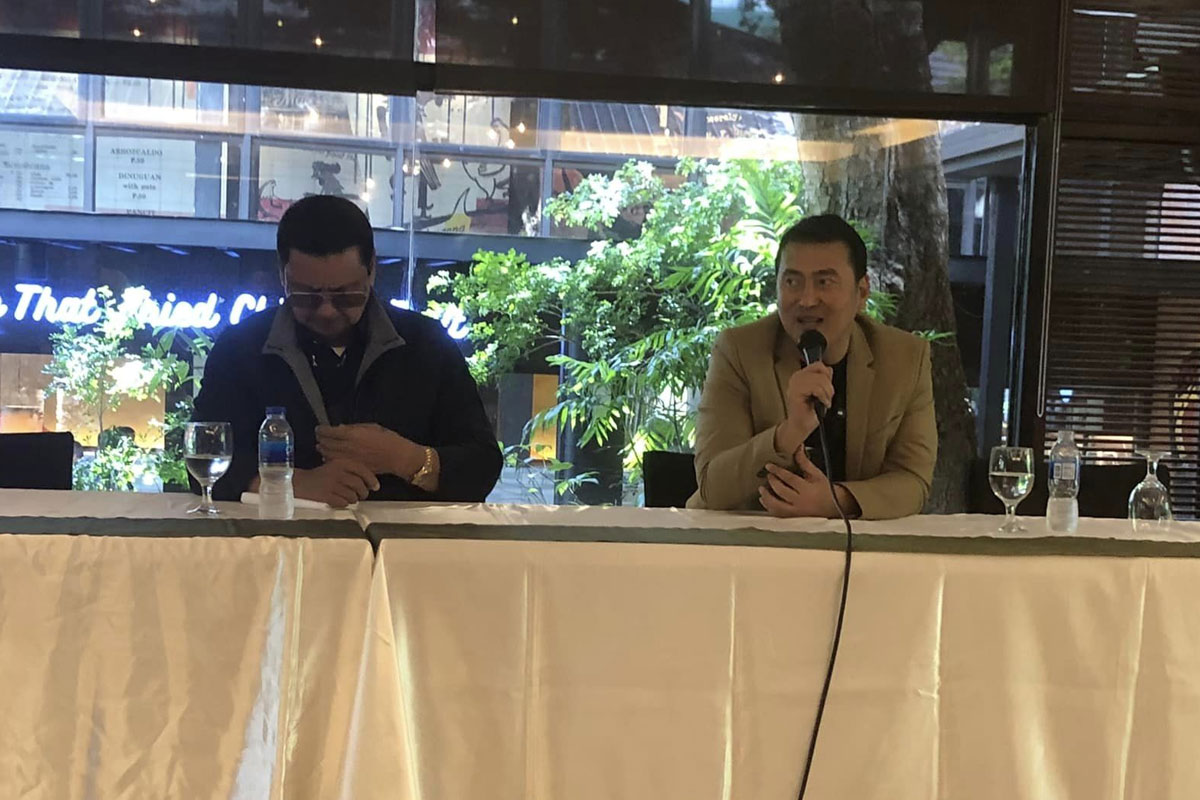 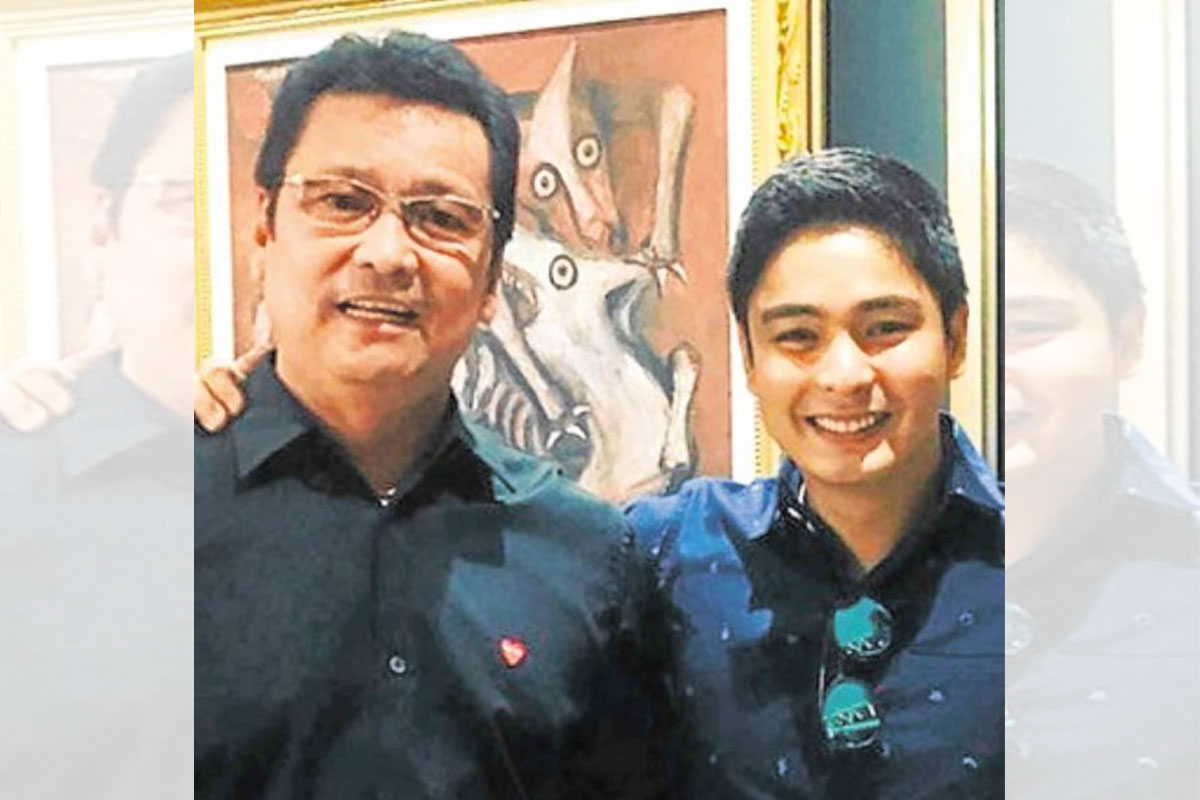 SEN. Lito Lapid hosts what he calls a pre-Valentine lunch with the entertainment press to continue to be in touch with them. He happily reports that he will soon return to primetime TV as he will be a part of Coco Martin’s “Batang Quiapo” that will replace “Darna”.

It will be recalled that Sen. Lapid hit it big as Pinuno in “Ang Probinsyano”, which helped in his being elected anew in the Senate. This time, he will be playing the role of Supremo, the leader of the pickpockets in Quiapo.

“It’s nice to be part of ‘Batang Quiapo’ as it aims to showcase the rich culture and heritage of Quiapo as one of the most popular districts in the city of Manila,” he adds. “I advocated the preservation of Quiapo’s cultural integrity in my proposed measure known as the Quiapo Heritage Zone Act. Magandang pagkakataon ang ‘Batang Quiapo’ para itampok ang mayamang kasaysayan at kultura ng Quiapo at ipaalala sa lahat ang kahalagahan ng pagpoprotekta sa isa sa pinakamatandang distrito sa lungsod ng Maynila.”

The senator also expressed his gratitude to the entertainment media for supporting him and all his projects that aim to uplift the lives of our countrymen. “This year, I will be celebrating my 30th year as a public servant,” he says. “I served Pampanga as vice governor for one term, as governor for three terms and now, I’m on my third term as a senator.”

Does he have any other political plans? “Wala na. After my term at the Senate, I want to focus more on acting. Nami-miss ko talaga. I will be taping for ‘Batang Quiapo’ starting February and in March, I will be shooting a new movie for Director Erik Matti of Reality Entertainment. It’s ‘Buy Bust, Part 2’ with Anne Curtis and Gerald Anderson.”

Does this not come into conflict with his duties as a Senator?

Sen. Lito says he has also completed two other new movies. “For Star Cinema, I did ‘Lumang Bakal’, an action-drama with Empress Schuck as my daughter who was kidnapped. I think they will release it digitally, I just don’t know when. For Director Brillante Mendoza, I’ve finished a family drama, ‘Hapag’, with Coco Martin, Jaclyn Jose and Gina Pareno. This was filmed with Kapampangan dialogue. Ipapalabas daw muna nila ito sa international film festivals bago i-release dito sa atin.”

Direk Adolf stresses that ‘Pieta’ with Nora, Gina and Alfred not a remake
February 6, 2023 Mario Bautista

Julia happy to be reunited with Diego
February 6, 2023 Mario Bautista