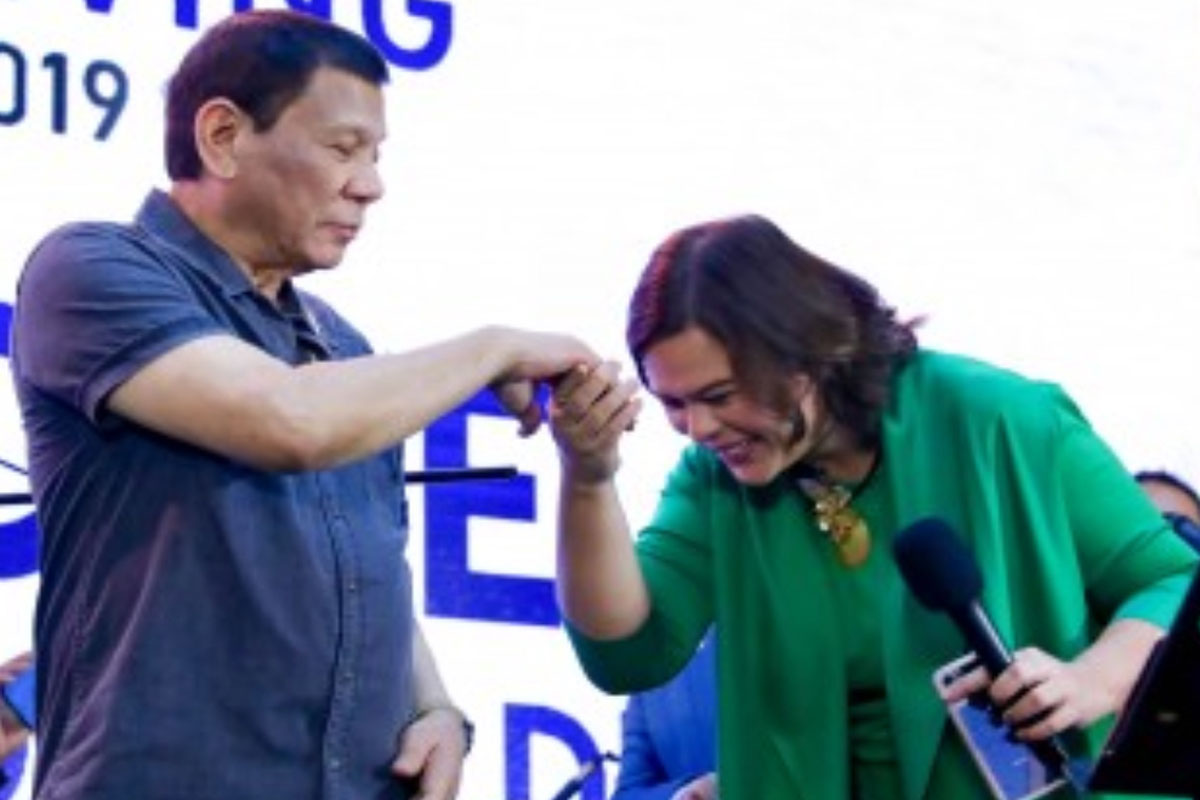 President Duterte is celebrating his birthday on March 28.

Since the start of the campaign season, Mayor Sara said she and the President has not talked about politics.

Mayor Sara is running under Lakas-CMD and Hugpong ng Pagbabago (HNP) and she was adopted by President’s party, PDP-Laban as its candidate.

“Mr. President, happy birthday. I wish you good health and happiness,” the lady mayor said in a chance interview with reporters after the events here.