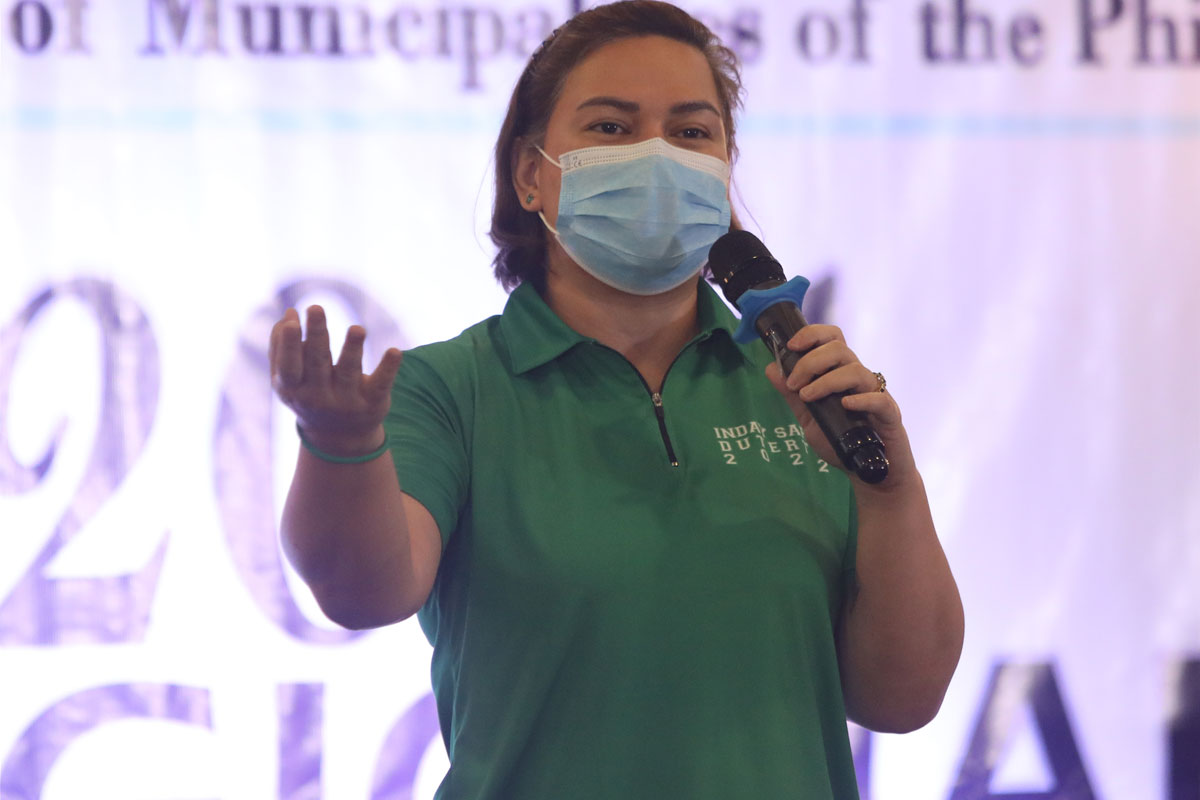 LAKAS-Christian Muslim Democrats (CMD) vice presidential aspirant and Davao City Mayor Inday Sara Duterte said senatorial candidates running under the BBM-Sara UniTeam will have her unequivocal support once she is elected into office.

Duterte said made this announcement Tuesday during the second episode of her online show Sara All For You, which featured lawyer and former Presidential Spokesperson Harry Roque.

“As Vice-president, I commit to help you, senators, in passing laws and in supporting our future President Bongbong Marcos in implementing them in the future,” said Duterte.

Roque, who was also featured during the pilot episode on Monday, said he intends to re-file 210 bills if he is elected as senator.

“When I was a congressman, I was able to pass 220 bills of national significance. Among them, only 10 were put into law because I was being appointed by PRRD halfway through my term to be his spokesperson. My first consideration once elected is to re-file 210 more bills for them to be put into law,” said Roque.

Roque said he promised the people of Maasim, Leyte that he would sponsor a supplemental budget to help those affected by Typhoon Odette.

“It is my promise to sponsor the supplemental budget not only for the everyday needs in terms of food, but also for the re-building of households and livelihoods that were lost during Typhoon Odette,” he said.

Roque said his priorities include the proper implementation of the PhilHealth processes, because “when we made certain investigations, it actually showed that there is rampant corruption inside the PhilHealth.”

“There were a lot of unpaid claims of pneumonia and cataract. It is clear that corruption is still present that’s why we are really pushing to do our best to end it, and it is high time to establish the
national health service to end the corruption in PhilHealth,” Roque said.

Roque’s plans, Mayor Sara said, “is music to my ears.”

“It is really music to my ears to hear all of your platform about fixing the PhilHealth system because it has always been one of the biggest problems that we are facing,” Duterte said.