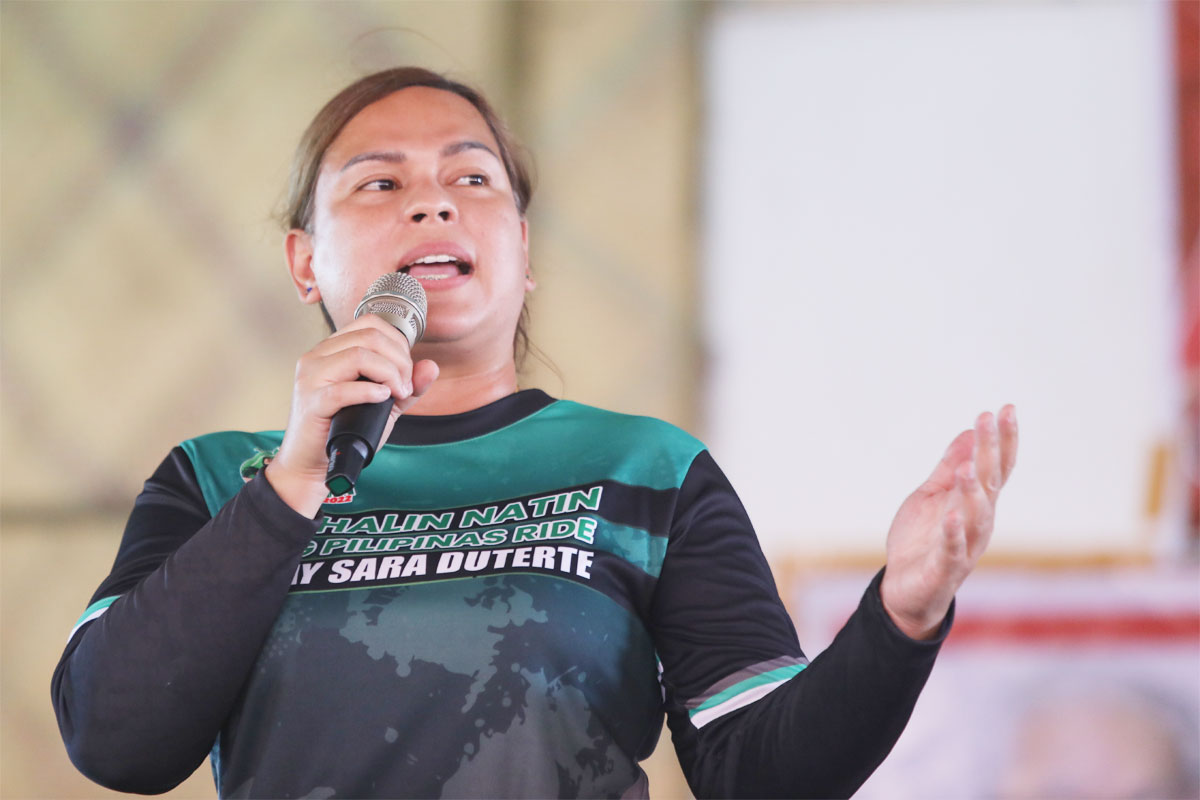 For his part, Marcos thanked the Cusi wing of PDP-Laban for the endorsement extended to him and Duterte.

“At ito ang bagong development na ito, this will consolidate the forces of unity so that we can continue to work against those who would want to fight Filipinos against each other and that is what we have been campaigning for and that is our dream that we bring our country together. This is an important step in that regard. Maraming salamat sa PDP at sa lahat ng mga miyembro and I look forward to working with them. Magkakaibigan naman talaga kaming lahat, parang na-formalized na ang aming relasyon sa ating mga kaibigan, ang personal relationship with our friends in the PDP-Laban,” Marcos added.

Duterte would reiterate the same statement later at Escala hotel in Tagaytay, telling reporters: “Ako as [the] running mate of Apo BBM is truly grateful to PDP-Laban for their endorsement to the candidacy of President Bongbong Marcos.”

According to the faction, Marcos is the most aligned with the policies of the current administration of President Rodrigo Roa Duterte.

Asked if she thinks the Cusi wing endorsement is basically an endorsement from President Duterte himself, Mayor Duterte said: “I cannot speak for the President, I do not know what he’s thinking right now.”

“I do not know what was discussed but I only knew of the agreement that PDP-Laban will endorse the presidency of BBM,” she added.

Senator Francis Tolentino, who accompanied the UniTeam ticket on the campaign trail Tuesday in Cavite, said his PDP-Laban partymates can now be expected to go on full blast in campaigning for Mayor Duterte and Marcos.

This is because the endorsement has eliminated all traces of doubt on which presidential aspirant to support in May.

A UniTeam grand rally was also slated to be held in General Trias on Tuesday night.