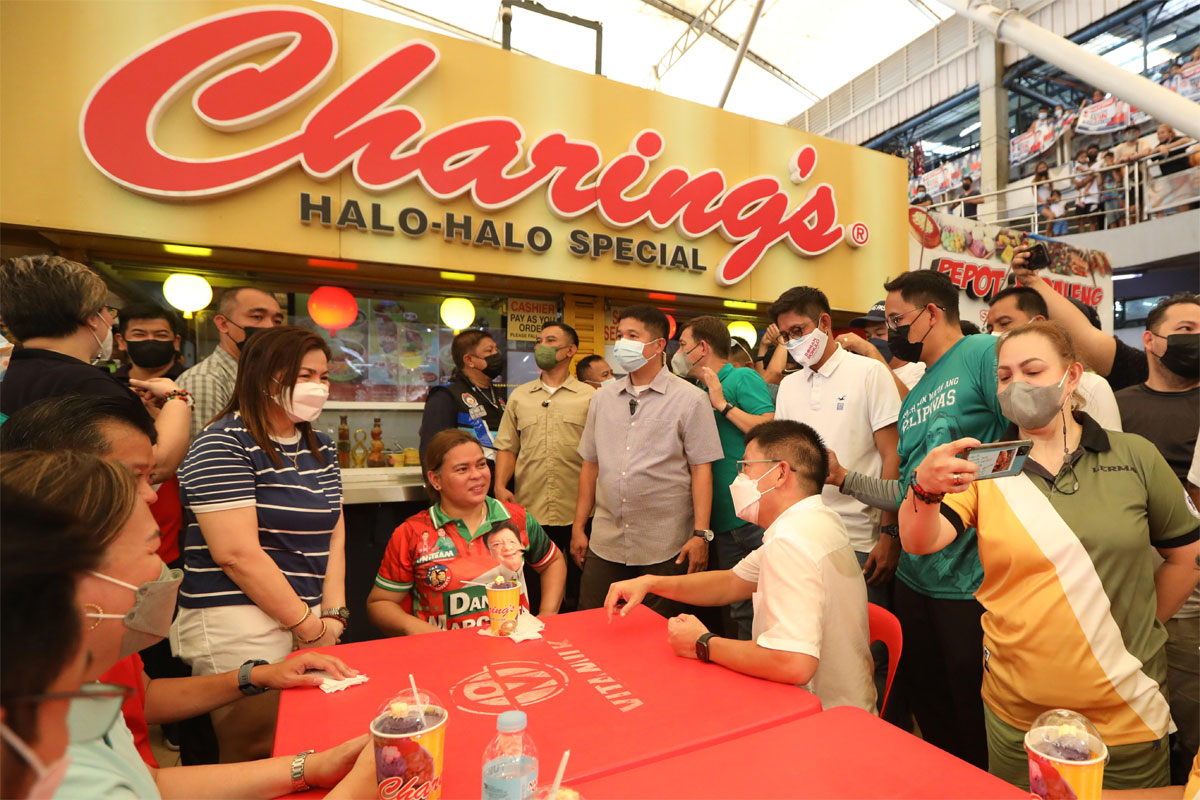 In the course of a visit to the Pasig City Mega Market, Duterte indulged a girl with a selfie.

She chatted with stallholders and vendors at the public market and ate the favorite Pinoy summer snack “halo-halo” at Charing’s Halo-Halo special.

Duterte expressed gratitude to Sotto whose uncle is also running for vice president, Romulo, and other local officials for welcoming her in their city and assisting her in her visit.

She also thanked all those who greeted her and those she met with.

While eating halo-halo at Charing’s at the public market, a girl came up to her teary-eyed to request a “selfie”, telling the mayor she is her idol.

Duterte offered her halo-halo but the girl said all she wanted was a photograph with her.

In the afternoon of Saturday, Duterte was scheduled to hold a mini-rally and a meeting with Barangay and Sangguniang Kabataan officers at the barangay gymnasium in Addition Hills, Mandaluyong City.

Duterte and her standard-bearer, former Sen. Ferdinand “Bongbong” Marcos Jr. (BBM), are scoring high voter preference ratings in Metro Manila as well as the rest of the country.

Overall, BBM was preferred by 60%, while Mayor Sara was picked by 53%.

Based on these numbers, Marcos and Duterte would be the first presidential and vice presidential aspirants in the country’s recent history who could win by a majority vote, instead of a mere plurality according to Romualdez, campaign manager of Duterte, said.