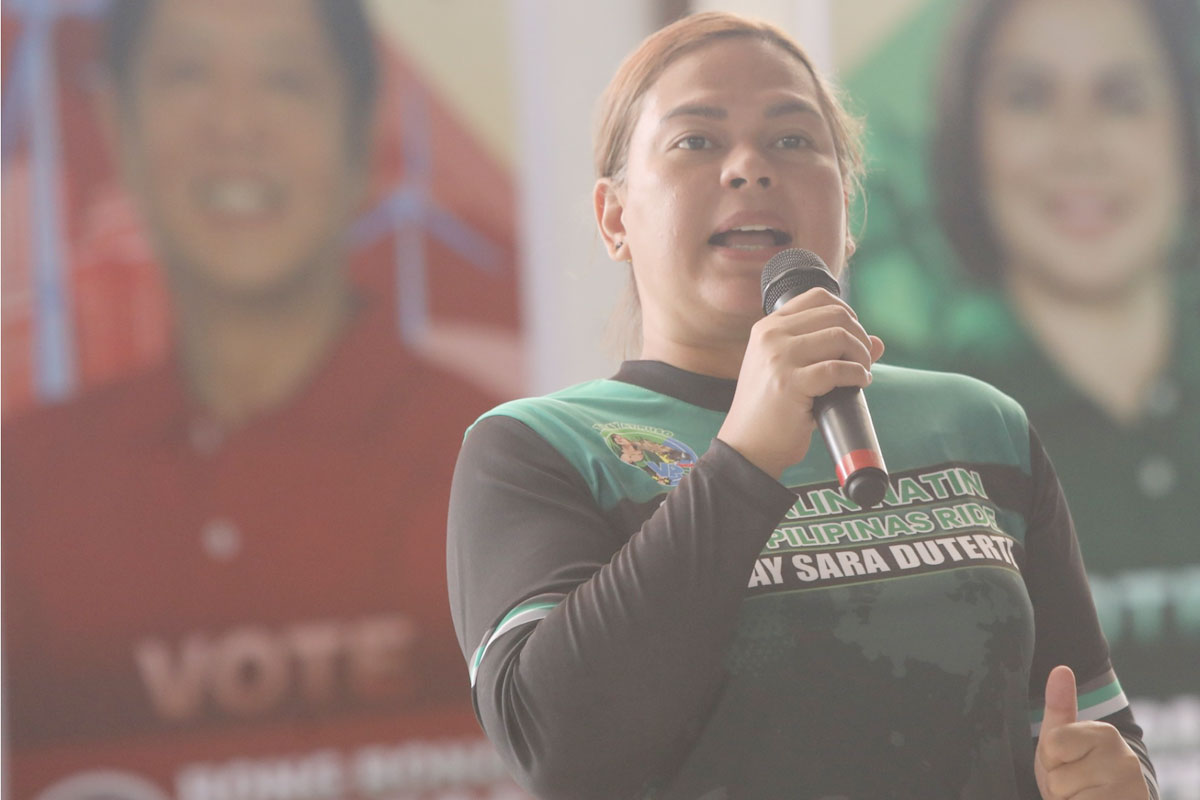 LAKAS-Christian Muslim Democrats (CMD) vice presidential aspirant Davao City Mayor Sara Duterte said a total of 14,940 students have been given scholarship assistance under the “Tulong Dunong Program,” a joint project of the City Government of Davao and the Commission on Higher Education (CHED).

“This was in hope that their lives will improve,” said Duterte on her “Sara All For You” online talk show on Monday.

The P300-million project is solely funded by the City Government of Davao, with the beneficiaries given P7,500 per semester for four academic years, as long as they will not get a failing mark in any subject.

Norman Baloro, focal person of the Tulong Dunong Program, said it was initially a component from the “High Priority Bus System Project” of the city as a social intervention for PUJ drivers and operators to aid their children in going to school.

The Tulong Dunong Program, said Baloro, was then extended to all interested Dabawenyo students in tertiary education to “maximize and utilize the provided budget,” including children of solo parents, OFWs, sidewalk vendors and other indigent and deserving students.