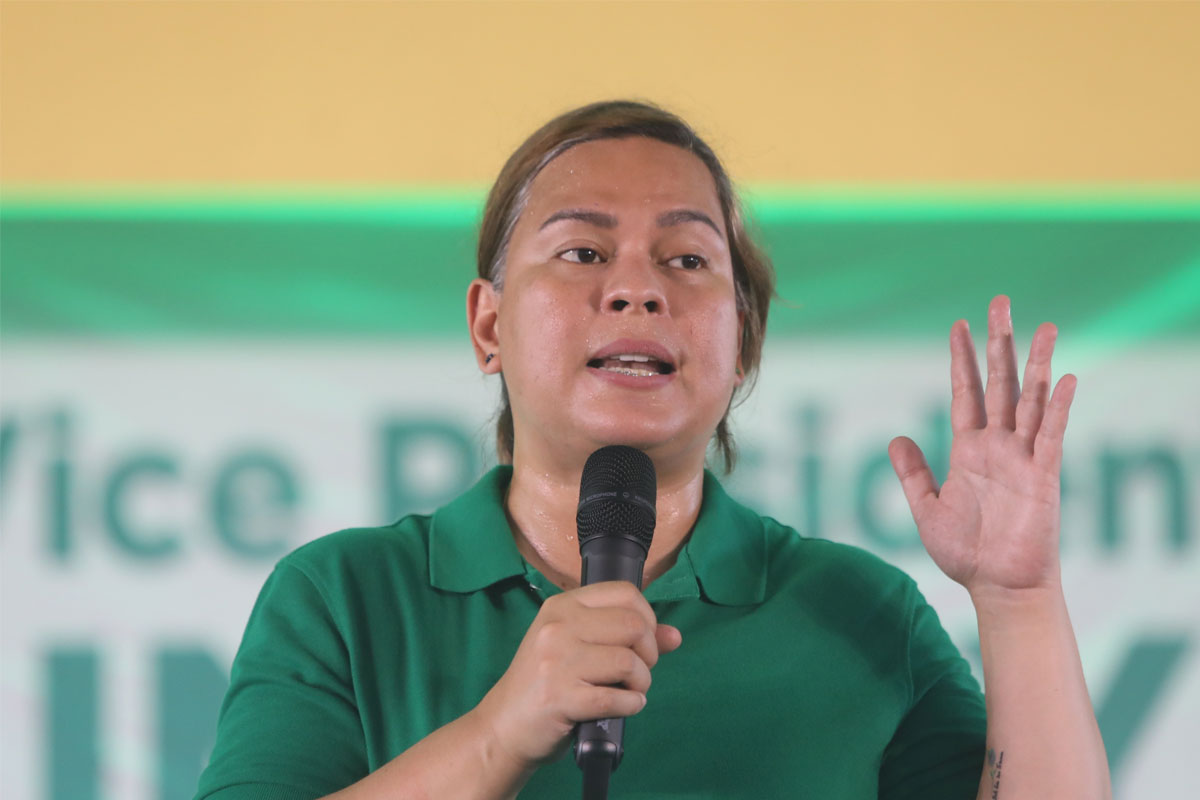 Citing crowd estimate from police, HNP rally organizers said more or less 120,000 UniTeam supporters had attended the grand rally inside and outside the venue in Brgy. Tres De Mayo here.

Large crowds warmly welcomed and listened to the UniTeam candidates Wednesday not only in Davao del Sur but also in Davao del Norte and Davao de Oro.

According to HNP, a huge crowd of at least 25,000 supporters greeted UniTeam’s grand rally in Carmen, Davao del Norte while an estimated 35,000 people attended the grand rally in Pantukan, Davao de Oro.

Aside from multitudes of supporters, scores of local officials attended the UniTeam grand rallies.

Duterte expressed her sincere gratitude to the crowd and local officials.

Jason Bautista introduced Marcos to his constituents as the country’s next president.

He cited BBM’s achievements as a former senator and governor of Ilocos Norte.

The Davao region is considered a bailiwick of the Dutertes.

The campaign sortie in the Davao provinces followed similar massive rallies on Monday in central Mindanao, where at least 100,000 supporters attended a grand rally in Isulan, Sultan Kudarat.

In an ambush interview in Carmen rally, Duterte called on her allies “to do more” to ensure a huge victory of UniTeam candidates led by Marcos.

“We will try our best to deliver for Bongbong Marcos in Davao region and based on our survey, he is doing well and we can do more for him,” Duterte said.

“Based on surveys that we have, both private and public, he (Marcos) is about 70 to 80 percent already dito sa Mindanao,” Duterte said of Marcos when asked about the latter’s chances of winning in Mindanao in the May 2022 polls.

In a separate ambush interview, Marcos expressed strong belief that they have been sending loud and clear UniTeam’s message to the people. “The crowd understands the message very well, that is the most important part.”

In Pulse Asia’s February survey, BBM was picked by 68 percent among respondents in the region, while Mayor Sara was preferred by 82 percent.