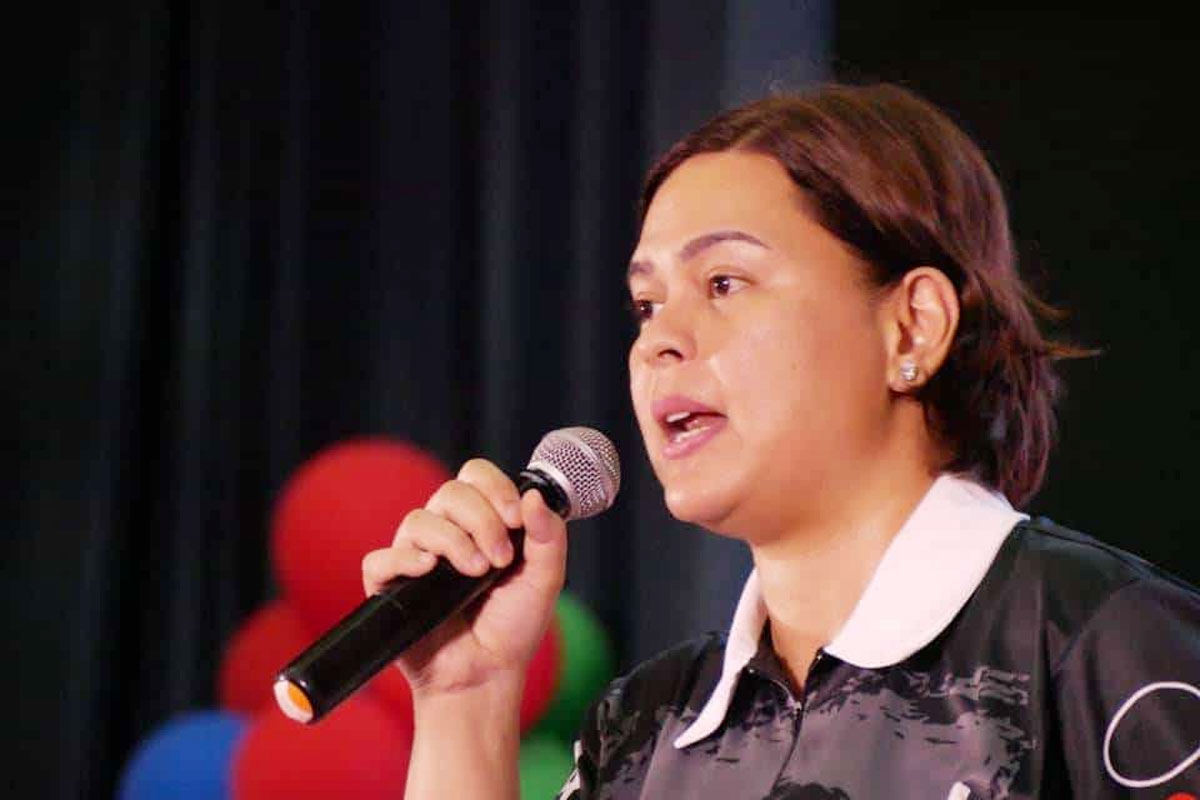 CARMEN, North Cotabato – Lakas-Christian Muslim Democrats (Lakas-CMD) vice presidential candidate Davao City Mayor Sara Duterte has once again brushed aside the calls on voters to pair her up with another presidential bet during the May 9 polls.

Duterte was speaking to journalists here when she was asked to react to the “RoSa” (Robredo-Sara) movement in Misamis Oriental.

The Lakas-CMD chairperson made it clear anew that her partner in the upcoming elections is none other than her fellow UniTeam member, former Sen. Ferdinand “Bongbong” Marcos Jr. (BBM).

“Nagpapasalamat po ako sa lahat ng mga kaibigan at supporters sa suporta nila sa aking candidacy, and I continue to call on everyone na suportahan ang UniTeam ni Bongbong Marcos and I continue to respect the choices that are made by my friends and supporters,” Duterte said on Monday after the rally here outside Carmen municipal hall organized by gubernatorial candidiate Lala Taliño Mendoza and her husband, Trade Union Congress of the Philippines (TUCP) party-list Rep. Raymond Mendoza, and local candidates of North Cotabato.

The tandem of Duterte and Marcos remains the team to beat as far as the results of pre-election surveys are concerned.

In the same ambush interview, the presidential daughter said that they’re spreading the same message – that of calling for unity among Filipinos – in their effort to further strengthen their chances in the upcoming elections.

“Happy birthday President Duterte, I wish you good health and happiness,” Mayor Duterte said when asked about her birthday wish for her dad.

The Lakas-CMD vice presidential candidate said that she and her father haven’t been able to discuss politics since last year.