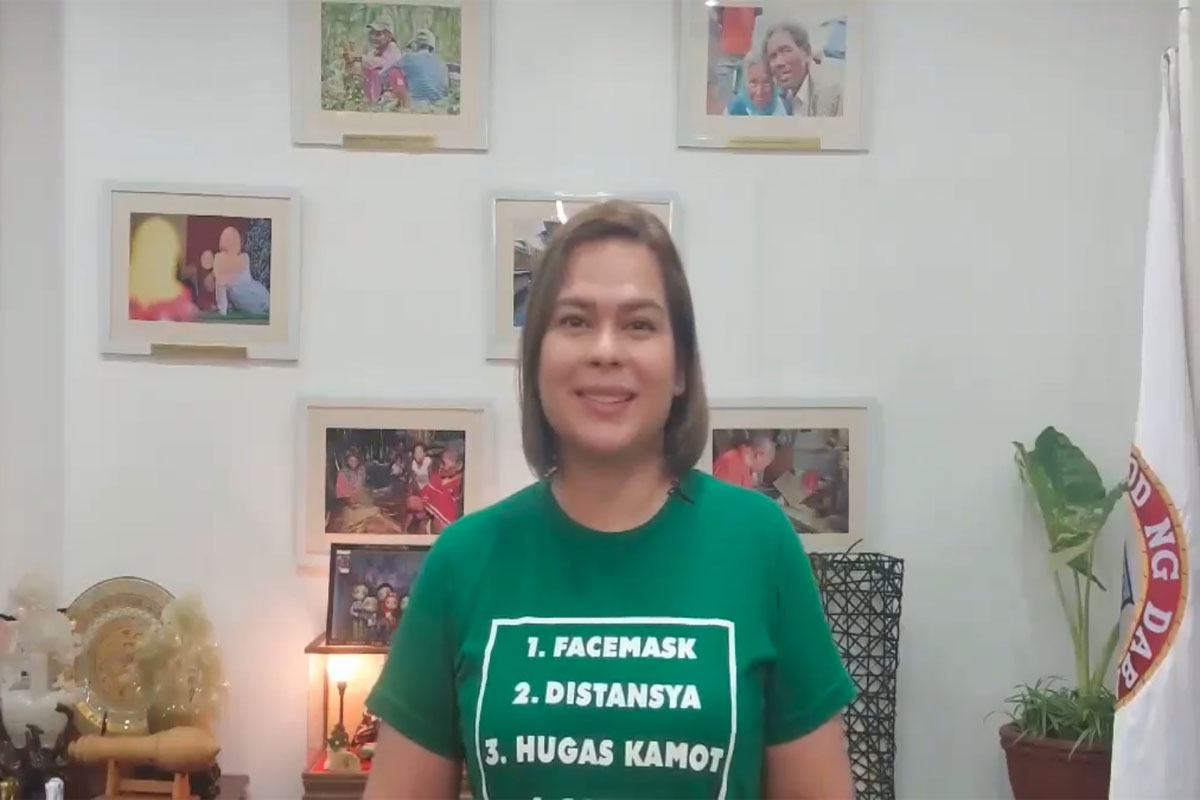 Duterte, during a live phone patch from Siargao for her online show “Sara for You All,” said the island still needs a lot of help.

Pilar town mayor Maria Liza Resurreccion, who is also president of League of Municipality in Surigao del Norte, said they were slowly recovering from the devastation.

Resurreccion, however, said they were already starting to draft the recovery plan for the LGUs.

For her town, the mayor said was looking at “maximum utilization of land” by implementing multi-cropping.

Resurreccion said at least 70 percent of the island’s coconut trees were uprooted by the typhoon, and that the remaining 30 percent that were still standing would not bear fruit in the next three to five years.

She also called on national government agencies – Department of Labor and Employment, Bureau of Food and Administration, and Department of Agriculture – to provide motorized banca to fisherfolk who lost their livelihood because of the typhoon.

She also thanked Duterte for making true her promise to come to bring help.

She said if people wanted to donate, it would be better to give construction materials.