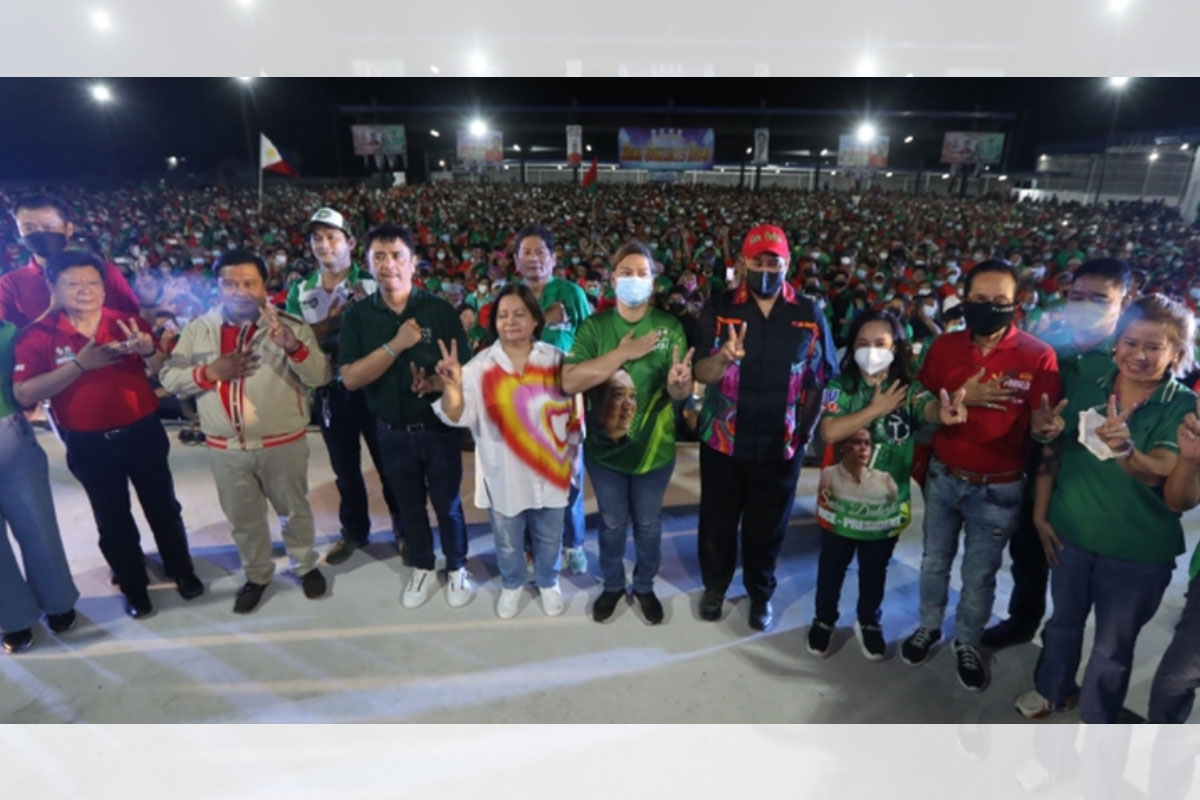 She is virtually assured of a congressional comeback as representative of Pampanga’s second district since she has no opponent.

They also had a meet-and-greet with local officials in Pampanga’s 3rd District led by Rep. Aurelio “Dong” Gonzales Jr.

“We wish her Arroyo good health, of course lagi iyan and we wish her happiness and we wish her heart’s desire for the next 2, 3, 4, 50 years more,” Duterte said as she sang a birthday song for Arroyo together with Pampanga 2nd District Rep. Juan Miguel “Mikey” Arroyo.

A bouquet of flowers and cake were given to Arroyo who described Monday’s event as her “birthday rally” beside the municipal hall of Lubao.

Erap Estrada urged Mrs. Arroyo to run again and volunteered himself to be her campaign manager.

Mrs. Arroyo said she was happy that Duterte attended her “birthday rally.”