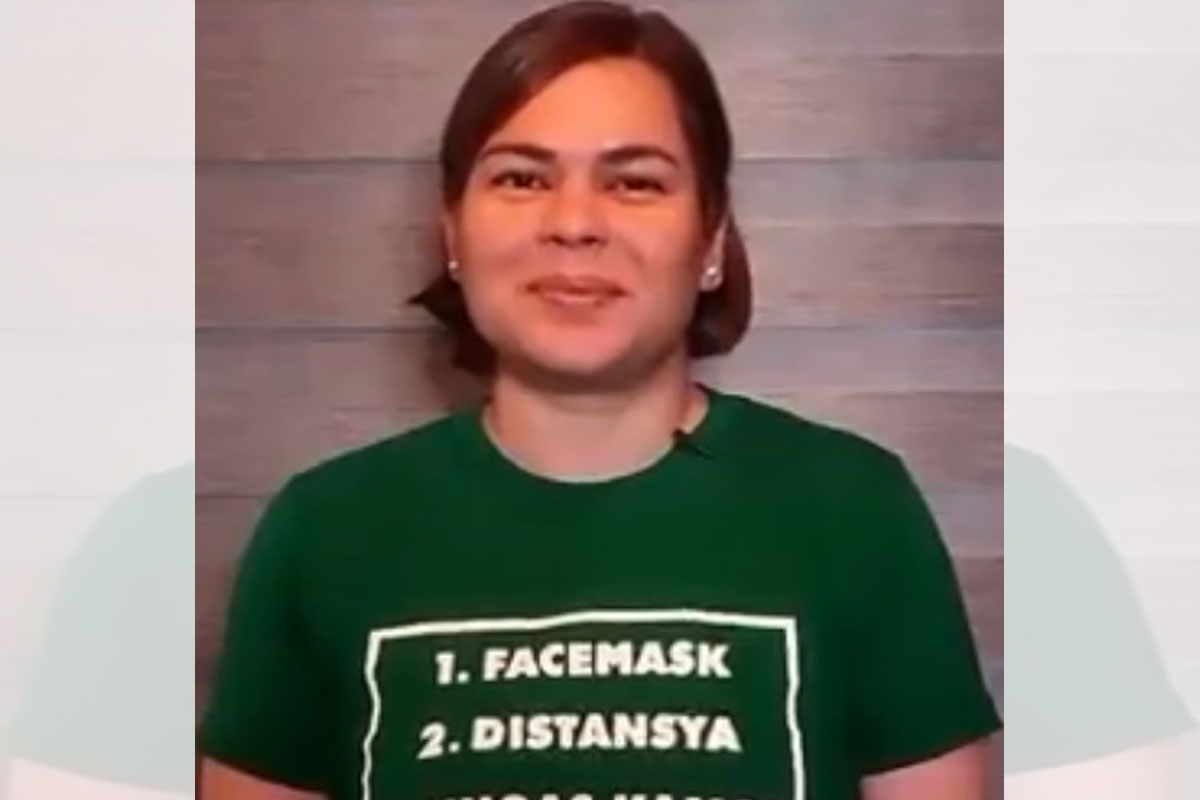 For the good of the country

LAKAS-Christian Muslim Democrats (CMD) vice presidential aspirant Davao City Mayor Sara Duterte on Sunday said her decision to run for national position was her respond to the overwhelming call of the Filipino people to serve the country.

“The offer to run for vice president became an opportunity to meet you halfway. It’s a path that would allow me to heed your call to serve our country and make me a stronger person and public servant in the years that lie ahead,” Duterte said in a recorded video message on her Facebook.

On Saturday, Duterte filed her certificate of candidacy (COC) for vice president under Lakas-CMD.

Duterte asked the people to unite, stressing the country needs to work for the economic recovery to champion people’s interests in the midst of pandemic.

“What we need to focus on is the country’s recovery and the people’s welfare. So, let us be circumspect and stay the course. Focus on forging relationships to unite for the good of our country,” Duterte said.

She added that rift inside the ruling Partido Demokratiko Pilipino – Lakas ng Bayan (PDP-Laban) should be left to the officials and members to resolve, adding the country will not gain anything from it.