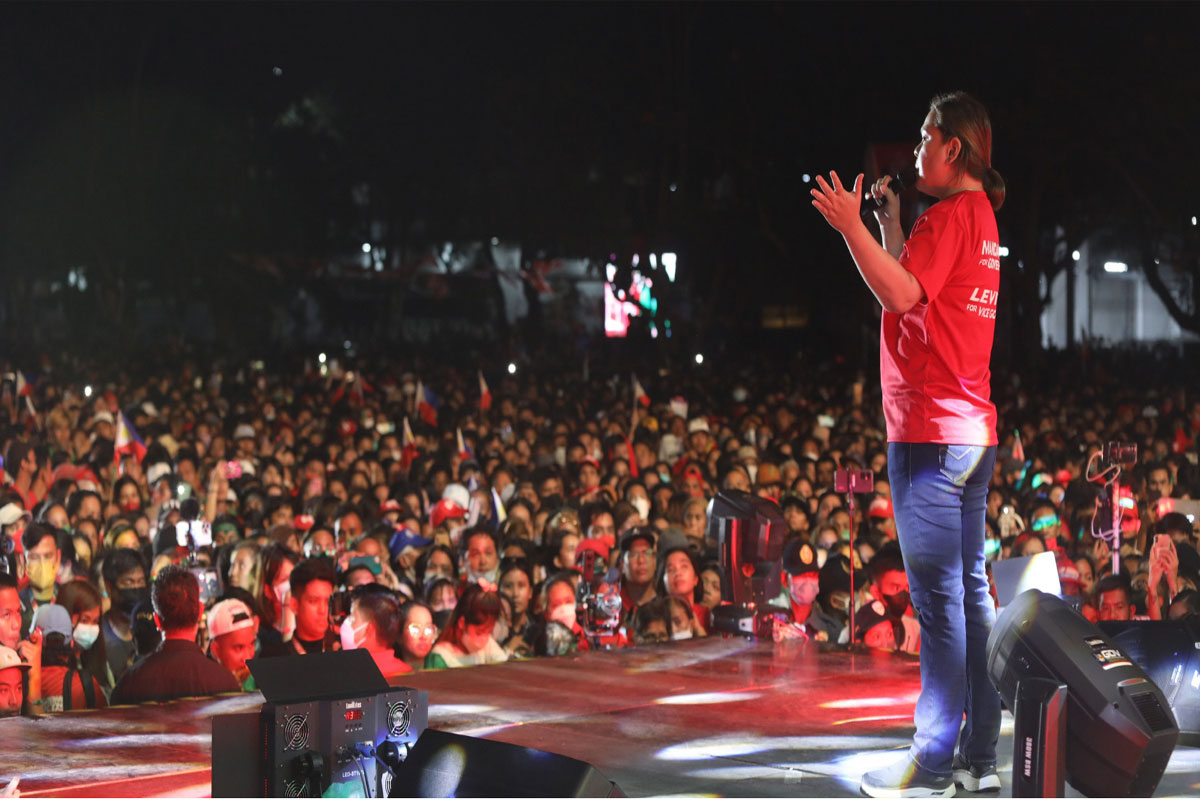 Duterte made the call after a caucus with local leaders and residents at JAM Compound here.

“We are worried about election day and we always call on everyone to support an honest, orderly and peaceful elections for our country,” Duterte told reporters in an ambush interview.

Aside from voting day, Duterte said they are preparing for the canvassing of votes and the proclamation of winners by Congress.

The legislature is scheduled to reconvene on May 23, two weeks after the elections, principally to canvass the votes for president and vice president and declare the winners.

The term of office of President Rodrigo Roa Duterte and Vice President Leni Robredo will end at noon of June 30.

Duterte reiterated that she and UniTeam standard-bearer former Sen. Ferdinand “Bongbong” Marcos Jr. of Partido Federal ng Pilipinas (PFP) are maintaining a running-scare stance in the homestretch of the campaign despite leading by a margin of more than 30 percentage points over their closest opponents in Pulse Asia’s March tracking survey.

“We are always running scared even if we are 17 days away from election day,” she said.

She said they are revisiting the Calabarzon area, Central Luzon and the Bicol region to reach out to more voters.

Asked what office or agency she would like to head in case she and BBM win the elections, Duterte said she would leave the matter to Marcos.

She said a Cabinet job “is a position of trust and confidence of the President.”