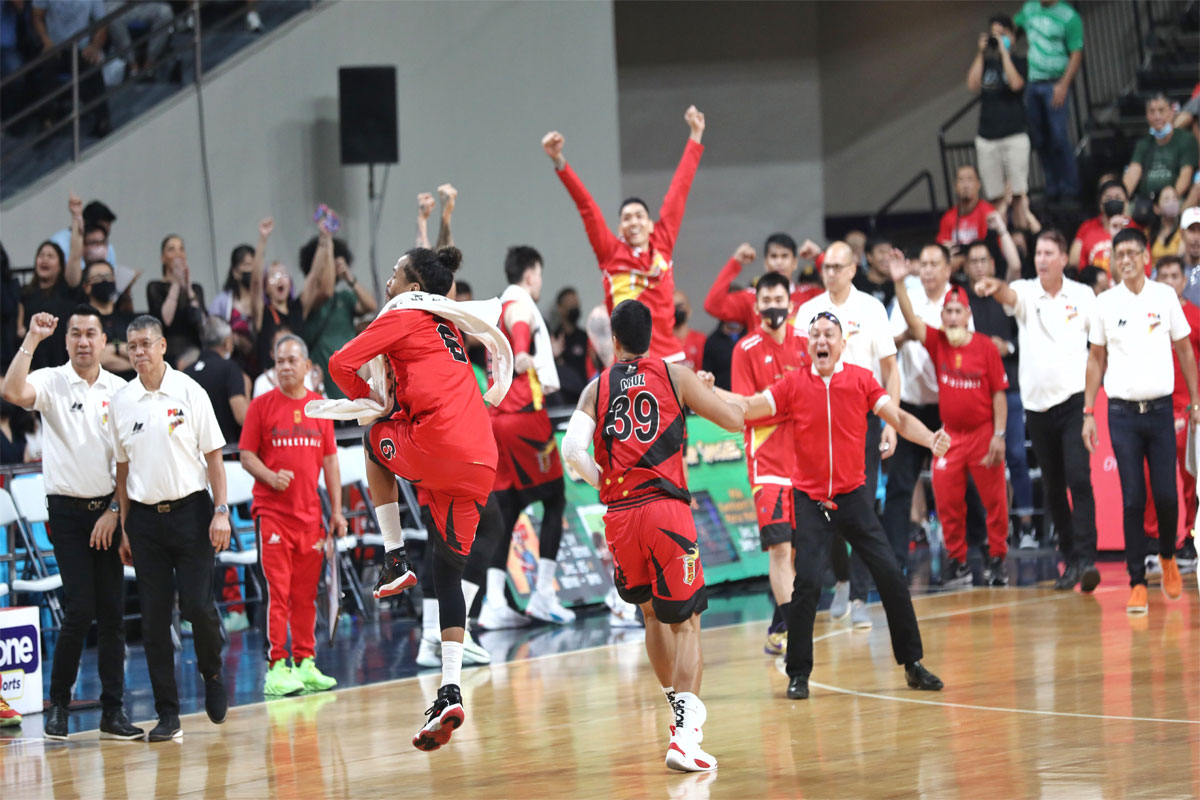 DEFENDING champion San Miguel Beer brought down Bay Area, 98-96, in Game 3 to stay alive in their best-of-five semifinal series in the PBA Commissioner’s Cup at the PhilSports Arena.

Simon Enciso was the man of the hour for the Beermen as he nailed a three- pointer with 12 seconds left for the final count.

Bay Area had a chance to steal the win like in the series opener but import Devon Scott blocked Kobey Lam’s layup with seven seconds remaining.

Also coming through for San Miguel was the 1-2 punch of Scott and June Mar Fajardo, who combined of 46 points.

Scott had a double-double performance of 25 points on 11-of-19 shooting and 14 rebounds in 44 minutes of action while Fajardo added 21 points and 16 rebounds.

It was San Miguel’s first win over Bay Area in three outings.

“This is an indication that Bay area is beatable,” said Austria in an interview posted at the official PBA website.

“I think I talked for not more than one minute…because I’ve already written down the things that might happen in the game and I allowed them to read it for three to five minutes. I’m happy sumaksak sa isipan nila ” added Austria.

Andrew Nicholson topscored for the Bay Area with 34 points on top of 14 rebounds in 43 minutes.

Zhu, however, left the game with an injured right foot off a bad fall with 10.8 seconds left.