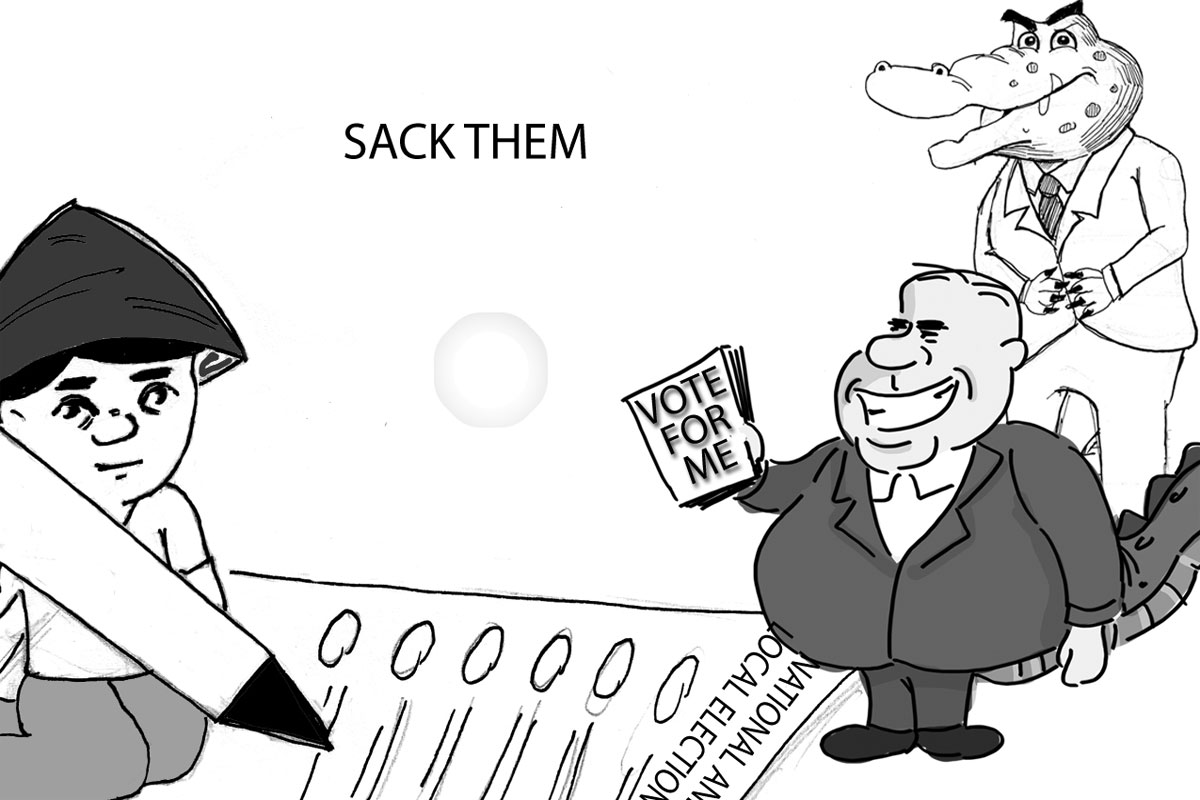 EVERY three years, the Filipino people, through the country’s millions of registered voters, go to the polls to elect new national and local government officials.

Admittedly, in democratic societies across the globe, like the Philippines, people use the elections to rid the government of corrupt, abusive and do-nothing public servants.

In fact, in a democracy such as ours, sovereignty resides in the people and all grovernment authority emanates from them, according to the fundamental law of the land.

This coming May 9 political exercise, which is a presidential poll, the Commission on Elections (Comelec) listed 67.5 million registered voters, many of them youngsters.

“Without doubt, the easiest and fastest way to punish or reward public servants is through the use of the pen and the ballot during elections,” according to a political analyst.

In the view of well-meaning Filipinos, incorruptible and other deserving national and local candidates ought to be elected or reelected by the electorate on May 9.

World-class crooks and vultures in the bureaucracy should be shocked into realization that the suffering people, particuarly the millions of voters, “ay gising na gising na.”

In other words, the Filipino voters are on the way to political maturity.