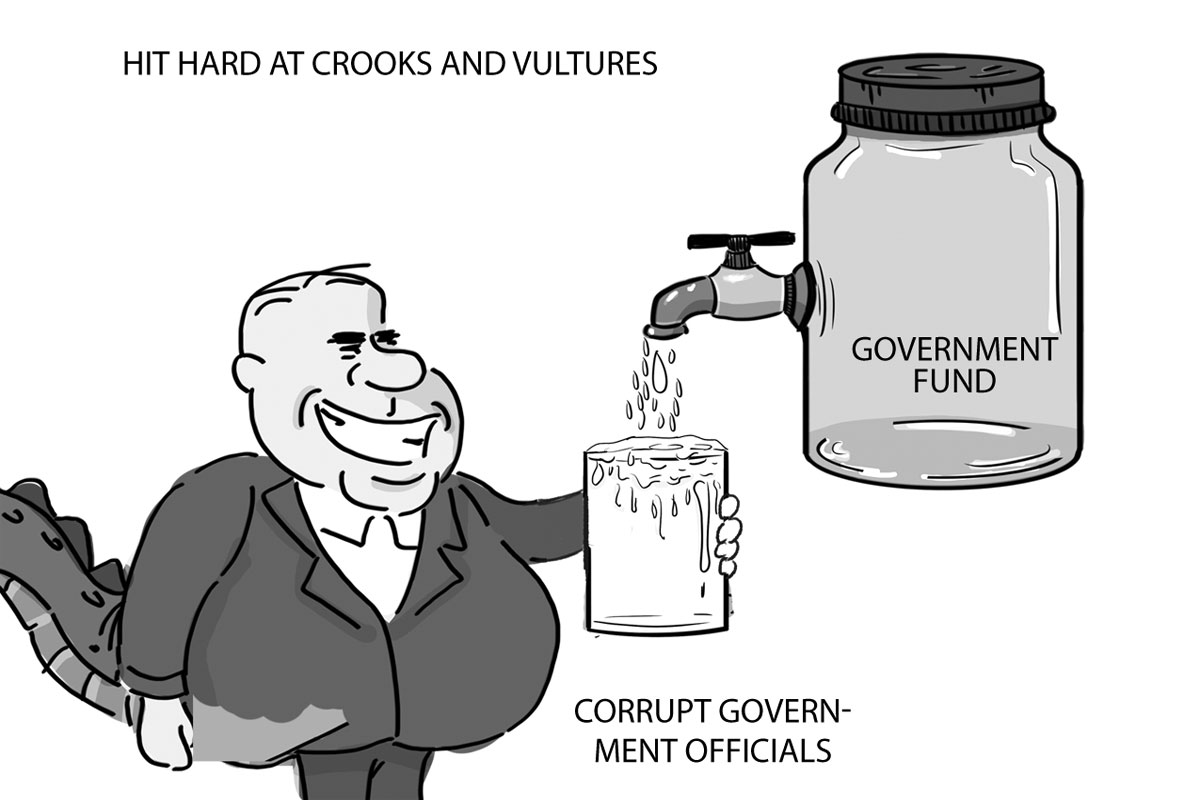 THE presence of corrupt men and women in the government is something the people, particularly the poor and other unfortunate members of society, will never ignore.

That’s why, Filipinos want new President Ferdinand “Bongbong” R. Marcos Jr. to hit hard at “crooks” and “vultures” in government offices and agencies across the country.

Marcos, who assumes the top political post of the land on June 30, is in a position to do this because he has the support of millions of people from Batanes in the North to Sulu in the South.

In fact, he won the May 9 presidential elections by a landslide, garnering a total of more than 31.6 million votes.

Every year, billions of pesos go into the pockets of thieves in government uniform, while public hospitals and health centers find it hard to meet the medical needs of the people.

Without doubt, the incoming administration’s anti-corruption drive is seen to target the “big fish.

Of course, this is what the public will be awaiting, knowing full well that there are still people who want to use their closeness to top government officials to make big money.

Thus, those tasked to go after corrupt public servants should waste no time in netting the so-called “big fish.”