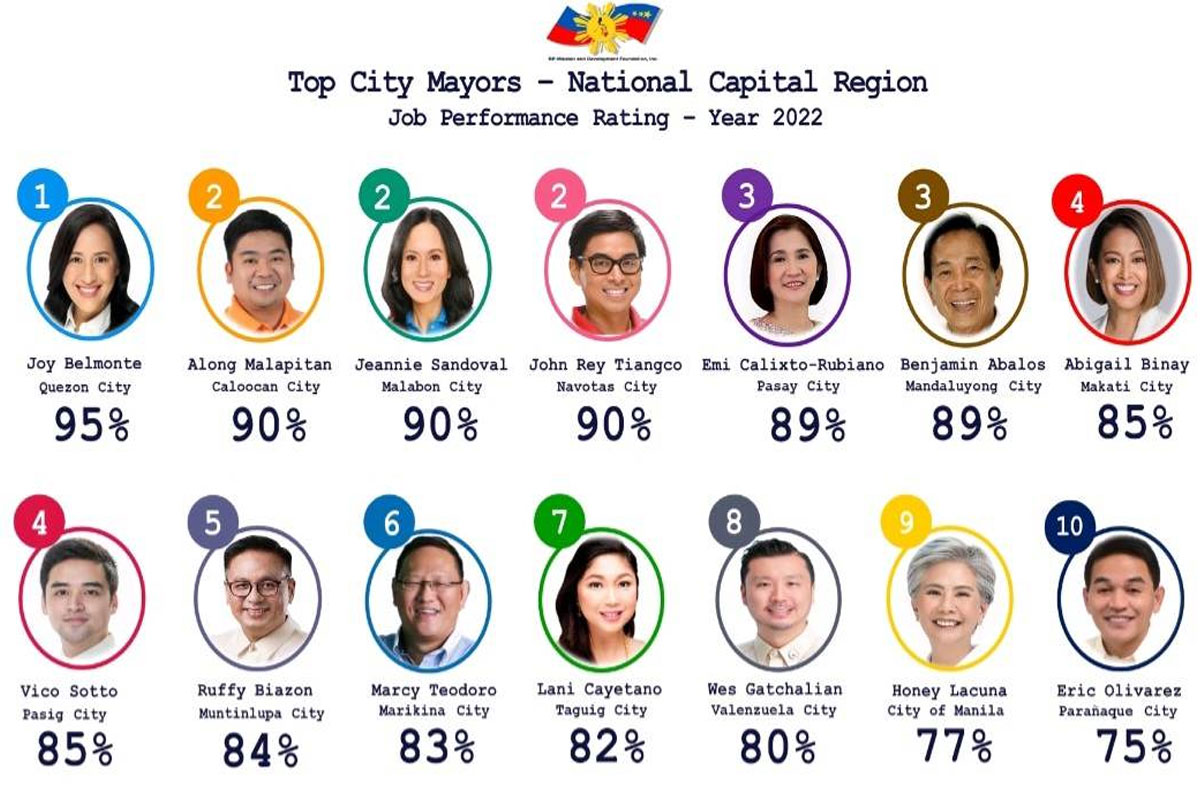 THE RP-Mission and Development Foundation Inc. (RPMD) has completed its nationwide performance assessment for the year 2022 of all Mayors, Governors, and members of the House of Representatives in terms of their overall performance, following the completion of a comprehensive national evaluation of the nation’s top government and cabinet officials.

The independent and non-commissioned survey conducted by RPMD shows that Quezon City Mayor Josefina “Joy” Belmonte, whose job approval rating for the year 2022 is the highest at 95%, is the top local chief executive in the National Capital Region.

Each City Mayor was assessed by their constituents and ranked based on the ratings they received. The responsibilities of mayors are extensive and encompass a variety of roles, including being the local chief executive, supervising and implementing all policies and programs, projects, and services of the local government unit, and serving as the head of the city council, including the enforcement of laws and ordinances pertaining to the city administration, said Dr. Paul Martinez, Executive Director of RPMD.

The NCR survey was part of the national poll “RPMD’s Boses ng Bayan” conducted on November 27-December 2, 2022, per city in every region with 10,000 respondents who were asked, “Do you approve or disapprove of how his/her job as Mayor is being performed?”

The survey respondents were registered voters and all residents of Metro Manila aged 18 to 70. The sampling margin of error at ±1 percent and 95% confidence level. They were randomly chosen, and the number of respondents per city was distributed proportionally based on official voting population data.

Over P5M worth of ‘fake’ power tools seized in Navotas