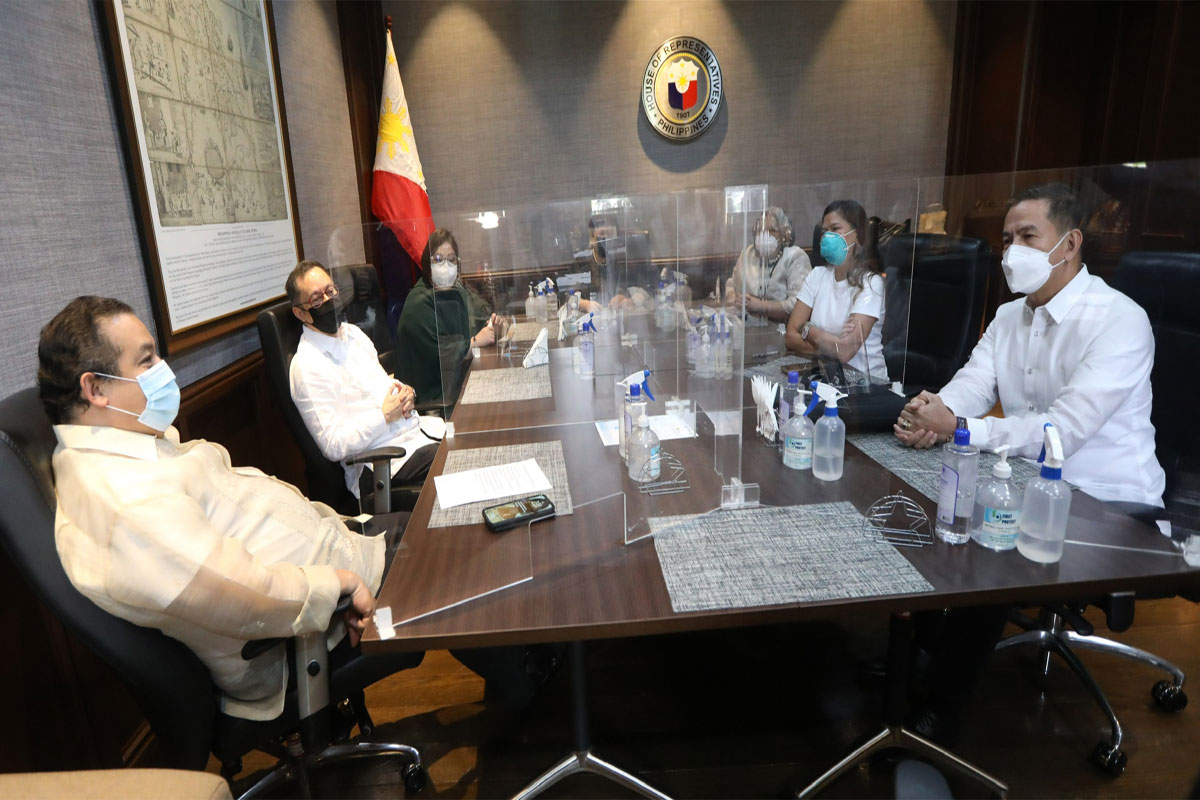 During their courtesy call on Romualdez’s office with Iloilo City Rep. Julienne “Jam” Baronda after physically attending the budget briefing of the House committee on appropriations, DFA officials said the government has been consistent in lodging diplomatic notes against China.

Romualdez, chairman of the House committee on rules, lauded Locsin for his outstanding performance as secretary of the DFA where his team has been championing the country’s interests.

“We congratulate and hail Sec. Locsin and his team’s good diplomacy. This is the best way to ensure peace. Thank you for taking into account the interests of all stakeholders,” Romualdez, president of the Lakas-Christian Muslim Democrats (CMD), said after the courtesy call where Locsin joined his team via Zoom.

“Thank you for doing everything to assist and extend help to our overseas Filipino workers in this time of coronavirus disease 2019 pandemic,” said Romualdez, a lawyer from the University of the Philippines (UP) and president of the Philippine Constitution Association (Philconsa).

”Let me take this opportunity to express my utmost gratitude for the DFA’s dedication in advancing the Philippine Foreign Policy amid the COVID-19 crisis to facilitate the travel of Filipino travelers and the employment of our OFWs,” said Baronda.

“Western Visayas, especially Iloilo, is home to numerous of our OFWs–– many of which are our seafarers and healthcare workers. In light of this, the DFA has been incredibly considerate in accommodating our requests to support Ilonggo expatriate heroes who are returning to their respective workplaces abroad,” Baronda stressed during the budget hearing.

“We recognize a considerable lack of passport appointments in your consular offices, and we commend the DFA for initiating the necessary actions to further facilitate your services to our OFWs needing required documents and assistance. We are grateful for the opportunity to work with DFA, and we look forward to our sustained collaboration. We hope we can support the department by providing the needed budgetary support for the further development of the DFA. Most importantly, to give them additional budget address the backlog in the renewal of passports, to support OFWs who are in distress, who are sick with COVID-19 and those who need to be repatriated. Thank you again, Dear Secretary,” Baronda ended.

Locsin assured that the DFA has been protecting the country’s interests during Tuesday’s presentation of the P21.051-billion budget of his department under the proposed 2022 P5.024-trillion national budget.

“We have not surrendered a single inch of territory. Not by word or deed have we weakened our right to everything in the West Philippine Sea. And without inviting pity by asking, we achieved an international consensus that the right is with us and might cannot ever take it away,” Locsin said.

China consistently rejected the 2016 PCA ruling, while the Philippines has sought to resolve the sea dispute through a diplomatic approach.

Locsin underscored the importance to respect and uphold the United Nations Convention on the Law of the Sea (UNCLOS) and the 2016 arbitral ruling.

He said the Duterte administration made a total of 158 diplomatic notes against China and 143 of which were issued under his term.

“I protest, they answer. It’s a free world. That’s their prerogative. But, we never yield,” Locsin said.

The secretary pointed out that the country recognized the gains it achieved in the negotiations on the Code of Conduct (COC) in the West Philippine Sea.

“As no one thought possible, we have pursued an independent foreign policy for the first time in the history of the Republic and done well by it, earning a heightened respect from the community of nation. If we had been a tail, we are now wagging the dog,” Locsin said.