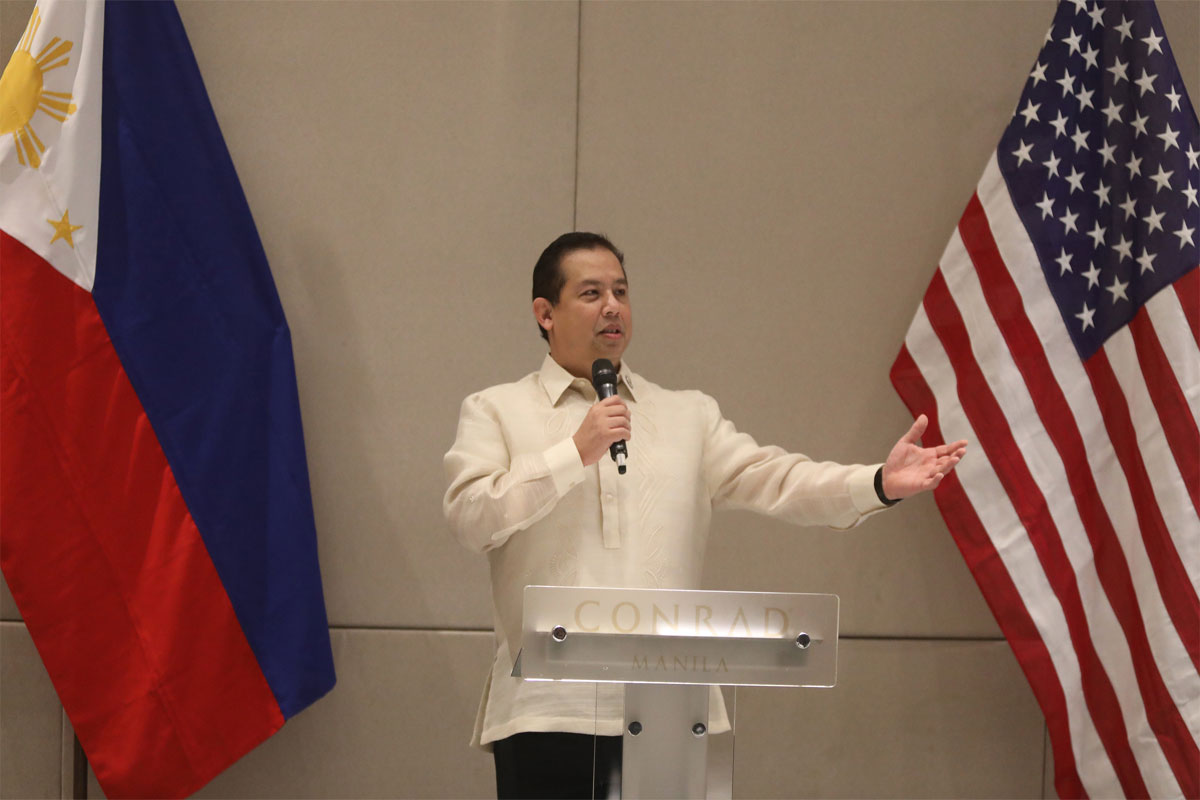 HOUSE Majority Leader and Leyte 1st District Rep. Martin G. Romualdez led the House of Representatives in welcoming members of a United States (US) congressional delegation as they called for stronger relations and cooperation between the two countries.

“In working our way out of this pandemic, we are hopeful that both our countries will find new opportunities for broader engagement in the economic sphere that would fuel our recovery efforts.

The Philippines, for one, would like to deepen cooperation with the United States in the areas of supply chain, health and health security, environment and climate change, energy security, and interconnectivity,” Romualdez, chairman of the House Committee on Rules, said in a speech during the US-Philippines Congressional Delegation’s Meet and Greet held at Conrad Manila Hotel last Tuesday where Speaker Lord Allan Velasco requested him to represent the House of Representatives.

“I trust that this interaction of our delegation with yours would help forge stronger relations between our countries, and would eventually lead to peace and prosperity in the entire Asia-Pacific region,” added Romualdez, president of the Lakas-Christian Muslim Democrats (CMD).

Romualdez also thanked the delegation for giving them the opportunity to “fortify engagements with the US Congress on matters beneficial to the Philippines and the United States.”

“Your visit today is fitting highlight on this year’s 75th anniversary celebration of formal diplomatic relations between our two countries, and the 70th year since the signing of our Mutual Defense Treaty,” Romualdez, a lawyer from the University of the Philippines (UP) and president of the Philippine Constitution Association (Philconsa), said.

“As we both affirm the strengthening of Philippine-US partnership, we would like to seize this occasion also to extend our gratitude for the continued US defense and security assistance to our country as well as your valuable assistance in our fight against the COVID-19 pandemic,” he added.

This year, the U.S. and the Philippines are celebrating the 70th anniversary of the bilateral Mutual Defense Treaty.

Since 2015, the U.S. has provided the Philippines more than $1 billion in military equipment where the Visiting Forces Agreement (VFA) was responsible for more than 300 bilateral military engagements with the Armed Forces of the Philippines (AFP) each year, including expert exchanges and major training exercises.

The lawmaker highlighted that US has facilitated the donation of nearly 28 million doses of COVD-19 vaccine to the Philippines through the U.S. government partnership with COVAX.

This includes more than 18.5 million doses made available by the American people. The U.S. partnership with COVAX will provide enough vaccines to fully vaccinate one in three Filipinos.

In addition to vaccine donations, the U.S. has provided more than $39 million in COVID-19 assistance to the Philippine people. This assistance includes donations of new ventilators, ICU beds, isolation tents, and Personal Protective Equipment (PPE).