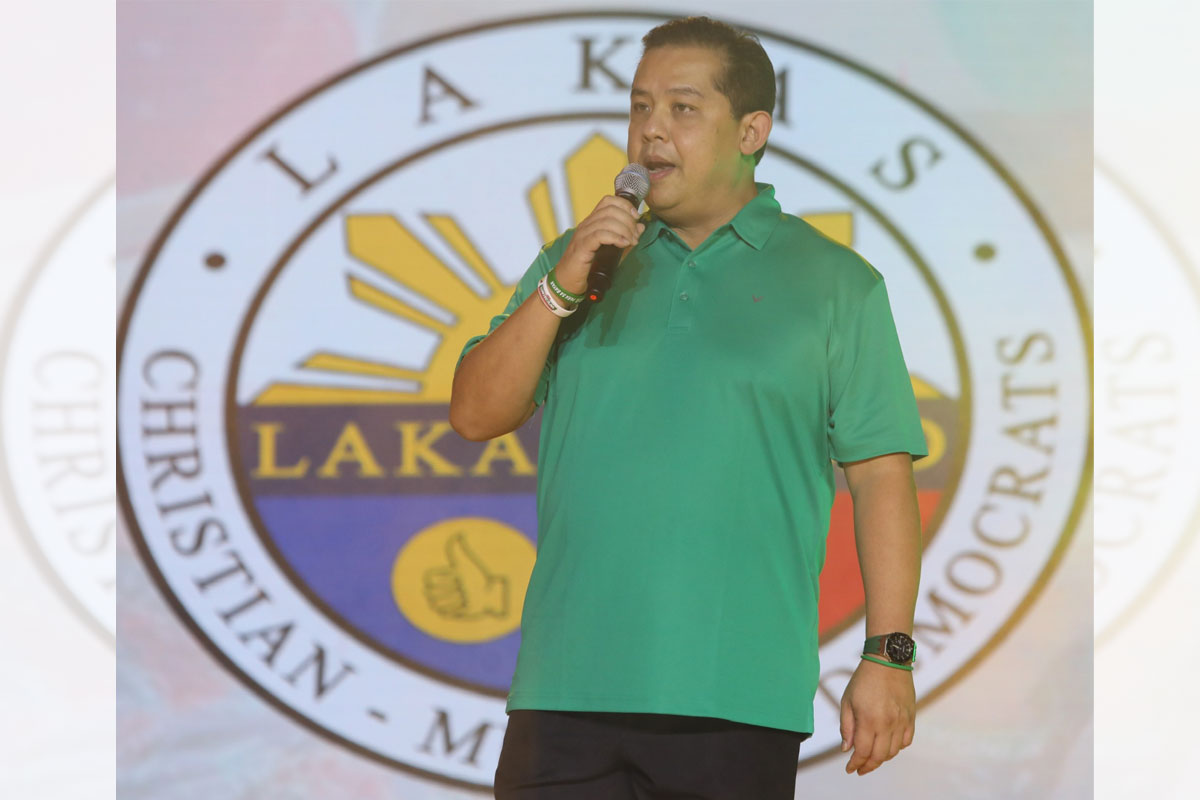 LAKAS-Christian Muslim Democrats (CMD) President and House Majority Leader Martin G. Romualdez said there is no question that the Marcos-Duterte tandem would propel the country to greater heights. Photo by VDR NOVENO
Nation,

Romualdez, who represents the 1st District of Leyte, made the statement following the UniTeam proclamation rally in Bulacan Tuesday where Marcos and Duterte spread their messages of unity amid the COVID-19 adversity and assured a better and stronger pandemic-battered Philippines under a BBM-Sara leadership.

Kicking off their campaign at the jampacked Philippine Arena, Duterte declared: “We will move forward. We will live with COVID-19 and we will bounce like never before. We offer you a tandem… with wisdom and experience.”

“The past two years have been very challenging for all of us because the pandemic exacerbated whatever problem that we have in the past, but we are still here, full, alive and continuing to fight the challenges, and hoping that a brighter tomorrow will come,” Duterte, who is also the Lakas-CMD chairperson, said.

Romualdez said Duterte’s theme and message of unity and hope, which they will steer through their wisdom and experience-borne leadership should give Filipinos something to hope for within the next six years of the pandemic-hit country.

“It is both a premise and a concrete promise of what is to come for the country, of what the people should expect,” Romualdez said, noting that Duterte and Marcos have already earlier unveiled their plans and programs, which focus on the economy, development, health, efficient services, education and even grassroots improvement.

Romualdez said there is no question that the Marcos-Duterte tandem would propel the country to its greater heights, owing to their leadership background, capability, experience and the overwhelming support of the people.

Duterte herself admitted that she agreed to become the tandem of Marcos because of the Partido Federal ng Pilipinas (PFP) candidate’s long experience as a local chief executive and legislator, which she said is “the kind of experience we need not only to sustain the growth and development spread by the current administration, but also to bring a more prosperous future.”

On the other hand, Romualdez took note of Duterte’s sterling records and what she had accomplished as a mayor of Davao City, which under her helm, became the fourth most competitive city in the country and is debt-free.