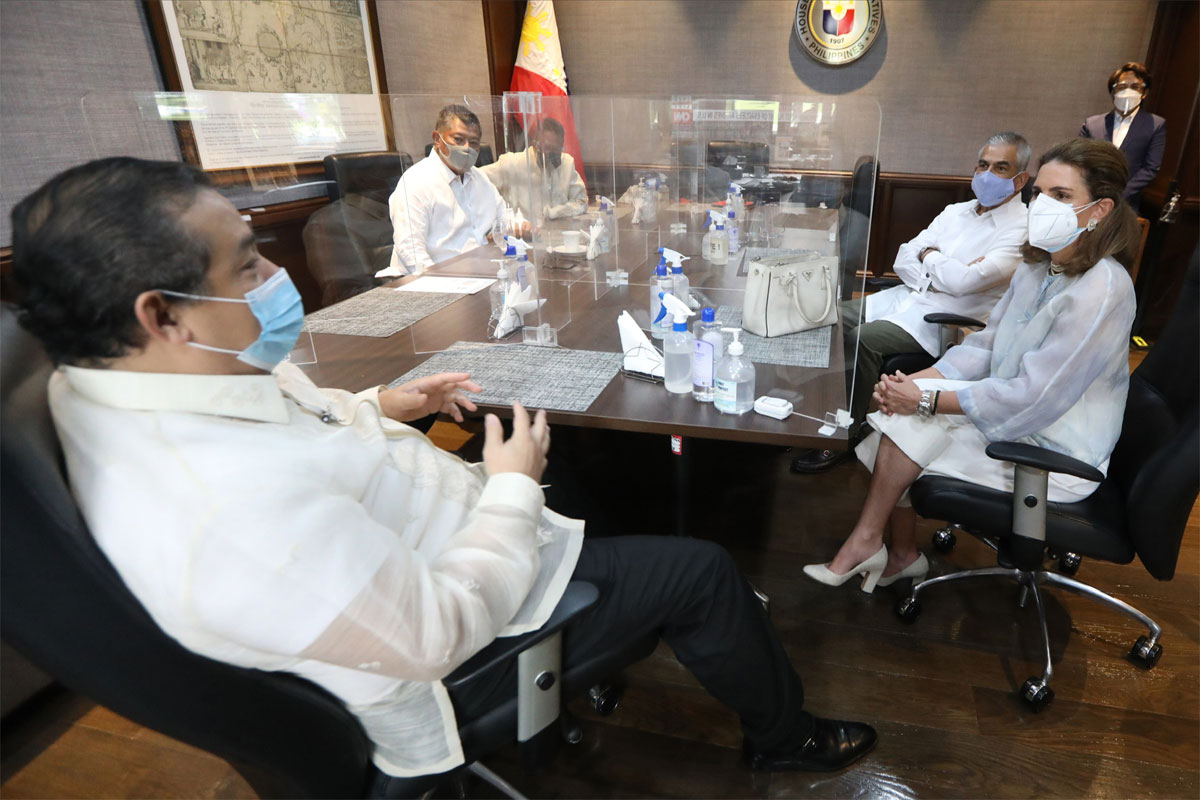 FOR spending 34 years in the Philippines and engaging in worthwhile programs that seek to uplift the living conditions of Filipino women and children, the House committee on justice on Thursday unanimously approved the grant of Philippine citizenship to Elizabeth Eder Zobel de Ayala.

In his sponsorship speech, Romualdez, chairman of the House committee on rules, sought to grant Elizabeth all the rights and privileges as well as the duties and obligations under the Constitution and existing laws.

“Elizabeth, fondly called Lizzie by friends and those close to her, is known throughout the land as the better half of Jaime Augusto Zobel de Ayala, a well-distinguished Filipino gentleman who now chairs the Ayala Corporation. She is a loving mother to four children and a doting grandma to two grandchildren, who are all Filipino citizens,” said Romualdez, president of the Lakas-Christian Muslim Democrats (CMD).

“Outside her family circle, the Colombian-born Elizabeth is well-known as an indefatigable socio-civic entrepreneur in the Philippines. She has spent 34 years— more than half of her life— here in the Philippines, engaged in worthwhile programs and projects that seek to uplift the living condition of Filipino women and children,” Romualdez, a lawyer from the University of the Philippines (UP) and president of the Philippine Constitution Association (Philconsa), pointed out.

Officials from the Department of Foreign Affairs (DFA), Bureau of Immigration (BI), Department of Justice (DoJ), and Office of Solicitor General (OSG) also overwhelmingly supported the bill, adding Elizabeth has clean records and it is within the right of Congress to grant the citizenship applicant.

“After living in the Philippines for 34 years with my husband Jaime, my four children and two Filipino grandchildren, I have come to love the Philippines in a special way,” Elizabeth said during the hearing.

“In working together with the Filipino and for the FIilipino, I have fallen in love with the Philippines. I would like to formally become a citizen of the Philippines that I already feel in my heart,” Elizabeth said. “In all my endeavors, I have always have the love, support and encouragement of the people of the Philippines and I hope in my small way, I’ve been able to give back to this wonderful nation.”

“It is this distinct love and commitment to the Philippines that has driven my desire to formalize my becoming to be part of this country,” Elizabeth added.

Romualdez said Elizabeth is co-founder and chairman of Teach for the Philippines, which is the country partner of Teach for America.

In partnership with the Department of Education (DepEd), Romualdez said Teach for the Philippines is a non-profit organization that works to ensure that all Filipino children have equal access to quality education.

“This organization has gained distinction for enlisting some of the most promising young leaders in the Philippines to teach in the public school system for two years,” Romualdez narrated.

“Elizabeth is one of the prime-movers of Museo Pambata, where she joined as Founding Board in 1994 and served until 2001. She co-founded in 1999 the ‘Sa Aklat Sisikat Foundation’ whose principal objective was to develop literacy programs that addressed declining functional literacy rates in public school students in the Philippines. She also served on the board of the National Museum for nine years, from 201 to 2010,” Romualdez said.

For most of us in Congress, Romualdez said Elizabeth has proven to be a steady and reliable ally as advocate for access to responsible family planning in the Philippines.

In her capacity as founding Board Member of the Friendly Care Foundation and the Forum for Family Planning and Development, Romualdez said Elizabeth worked in support of the Reproductive Health Bill which was enacted into law in December of 2012.

“Elizabeth’s exploits as a socio-civic entrepreneur has even extended beyond our shores. In recognition of her work in the Philippines, she was named to the Board of the Population Council, based in New York City, which delivers evidence-based solutions to overcome obstacles to health and development,” Romualdez said.

“She is also the founding member of the Board of Trustees of the Center for Asian Philanthropy and Society in Hongkong dedicated to expanding the quality and quantity of philanthropy and social delivery organizations throughout Asia,” Romualdez said. “Recently, Elizabeth was also named to the Board of Trustees of Boston College, from which she graduated in 1987, with a B.A. Degree in Philosophy and Economics.”

“With all these contributions to our beloved homeland and to the rest of the world, I believe that it is high time that we bestow to Elizabeth Eder Zobel de Ayala the distinction of being formally recognized as a Filipino citizen.

As a Filipino, I am— and will always be— proud to call her one of my own.

I therefore appeal to this honorable committee to consider, for your approval, House Bill 9376,” Romualdez added.