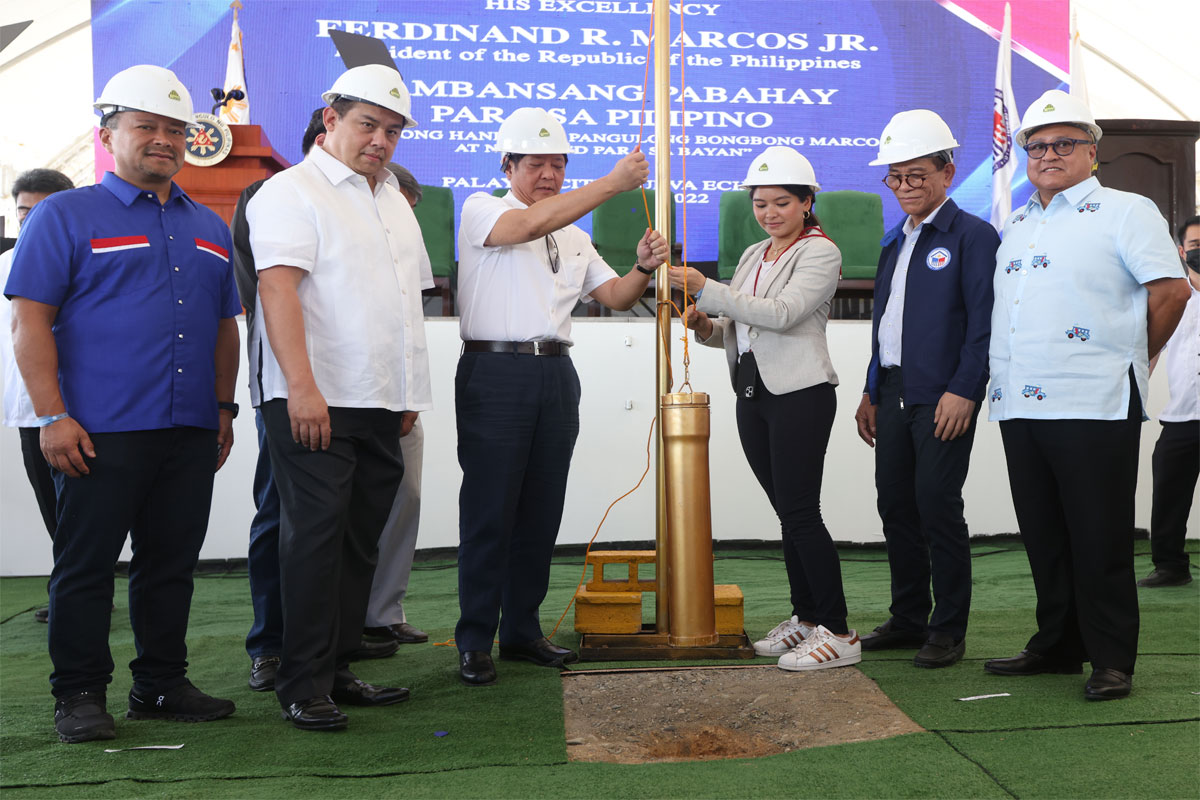 “Building six million houses is the target of President Marcos Jr., I am very confident we can achieve this through our unity in purpose and the cooperation of all stakeholders in the program,” said Romualdez, who accompanied President Marcos during the event.

The Marcos administration is planing to build one million houses every year under the program in the next six years.

“Six million houses may be just another target to accomplish, but imagine giving six million families houses they can call their own. That is not only addressing the housing backlog, it is also realizing the dreams of millions of Filipinos who yearn for a house they can call their own,” Speaker Romualdez said, saying this will go a long way in addressing the housing backlog in the country.

According to DHSUD Sec. Jose Rizalino Acuzar, the 11-hectare Palayan City Township Housing Program will be composed of three phases, expected to build 44 towers with about 11,000 housing units.

The groundbreaking of the Marcos administration’s housing program was also the signing of the memorandum of agreement among Palayan City Mayor Viandrei Nicole “Vianne” J. Cuevas, Acuzar, GSIS President and General Manager Jose Arnulfo “Wick” Veloso, and others officials from the Social Security System, Pag-Ibig, and Land Bank of the Philippines.

“We in Congress will do everything to support our President in all of his programs because we also believe that if we work as one, we can achieve even the greatest of ambitions. This is how we move forward, this is how we move mountains,” Romualdez said.

The DHSUD earlier estimated the housing backlog, if not addressed, to reach 10.9 million by the end of the Marcos administration.

“Like I always say, our President not only wants us to simply build houses but more importantly, develop an enabling community which will allow home dwellers to sustain their source of living and provide comfort in their lives,” Alcuzar said.

“Through this project, we will ensure more accessible public services and sources of livelihood for our kababayans. On behalf of the President, let me thank the local government of Nueva Ecija, particularly Palayan City, for embracing and rolling out the Pambansang Pabahay here as we envision it to be,” said Acuzar.

“I know that this is not the first groundbreaking that I have attended and I know that it will not be the last and we will continue to break ground in other parts of the country para yung ating pinapangarap na one million homes a year eh kapag naabot natin yun eh napakalaging bagay na nabigyan natin ng solusyon ang problema natin sa pabahay,” said the President in his speech. By RYAN PONCE PACPACO & STEVE A. GOSUICO