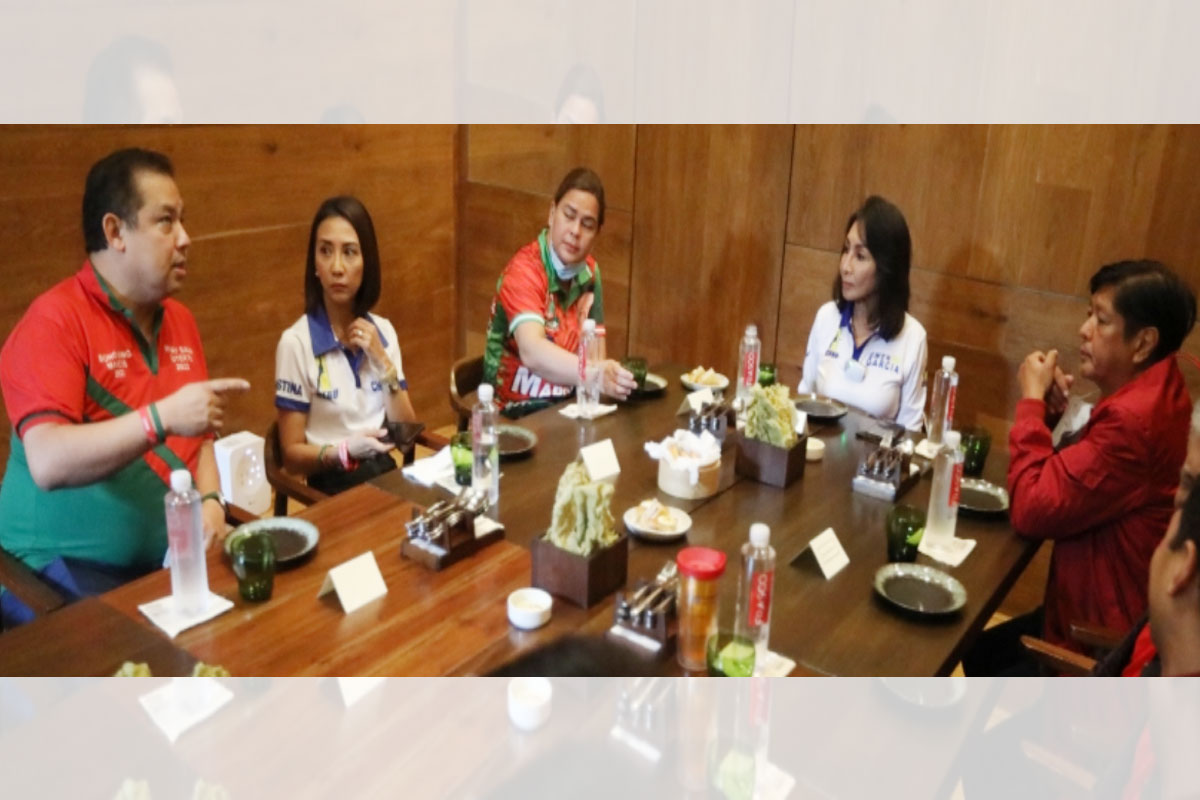 Romualdez made the statement following the official endorsement and reiteration of support of majority of the province’s local chief executives under “One Cebu” to the candidacies of Marcos and Duterte.

“While we already expect that the UniTeam tandem will win in the upcoming presidential elections, the latest support that we got will further lead Marcos and Duterte to landslide victories,” Romualdez, who thanked the local chief executives for their support, said.

Romualdez said the endorsement of One Cebu of Marcos and Duterte, who have been leading consistently their rivals by wide margins in nationwide surveys, has cemented the pair’s paths to overwhelming victories, as he noted that Cebu has nearly three million registered voters.

“With their avowed help and support, we will have these votes,” he said.

As early as November last year, the mayors of Cebu had already assured Marcos and Duterte their support when the League of Municipalities of the Philippines held its regional planning conference in the province, which the two attended as guests.

“In behalf of all the 44 mayors of the province of Cebu… as well as my fellow mayors in the Visayas, for whom I am the national vice-president, we hereby express our unequivocal support to you, for your candidacy and we will do everything in our power to ensure an unequivocal victory in the coming elections,” LMP-Cebu Chapter President and Liloan Mayor Christina Frasco told Marcos at that time.

The endorsement of One Cebu of the UniTeam tandem followed the forging by the Partido Federal ng Pilipinas (PFP), Lakas-CMD, Hugpong ng Pagbabago (HNP) and Pwersa ng Masang Pilipino (PMP) of a four-party grand alliance to support Marcos and Duterte.

“One Cebu Party has the honor of announcing its decision to endorse the presidential bid of former Senator Ferdinand ‘Bongbong’Marcos Jr,” read a portion of the official statement signed by the One Cebu president Cebu Governor Gwendolyn F. Garcia.

The party’s official announcement of support for Marcos comes after its endorsement of the vice presidential bid of Davao City Mayor Inday Sara Duterte last February 16.

The province of Cebu is the most vote-rich province in the country with more than 3.2 million registered voters for the May 9, 2022, national elections.

According to One Cebu, the party’s endorsement of Marcos underwent weeks of deliberation among its members that spanned the entire province.

“The decision follows weeks of extensive consultation and discussion with provincial, municipal and barangay leaders in the 44 municipalities and 7 cities including Mandaue City of the Province of Cebu,” the statement added.

Mayor Sara got the endorsement of One Cebu months ago.

Only yesterday that the local party has expressed support to Marcos, who is running under the Partido Federal ng Pilipinas (PFP).

Mayor Sara is running under the Lakas-CMD and Hugpong ng Pagbabago (HNP).

The agreement said One Cebu and UniTeam “have a shared vision that will guide and lead the nation in the goal to achieve sustainable growth and development of Cebu and the rest of the regions in the country.”

“In view of the shared objectives of ONE CEBU and UNITEAM both parties have agreed to form a political alliance that will pave the way for farther reach of the advocacies of both parties through provision of mutual support,” stated the alliance agreement that was witnessed and signed by PFP treasurer and former Davao del Norte Cong. Antonio Ernesto “Anton” F. Lagdameo, Lakas-CMD president House Majority Leader Martin G. Romualdez, HNP president Claude Bautista, Pwersa ng Masang Pilipino (PMP) and UniTeam senatorial candidate Jinggoy Ejercito Estrada, and One Cebu’s Emmarie M. Ouano-Dizon, during One Cebu’s General Assembly held at the SM Seaside Sky Hall.

“One Cebu and UniTeam are cognizant of the fulfillment of the shared vision through unity among political organizations,” the coalition agreement added.