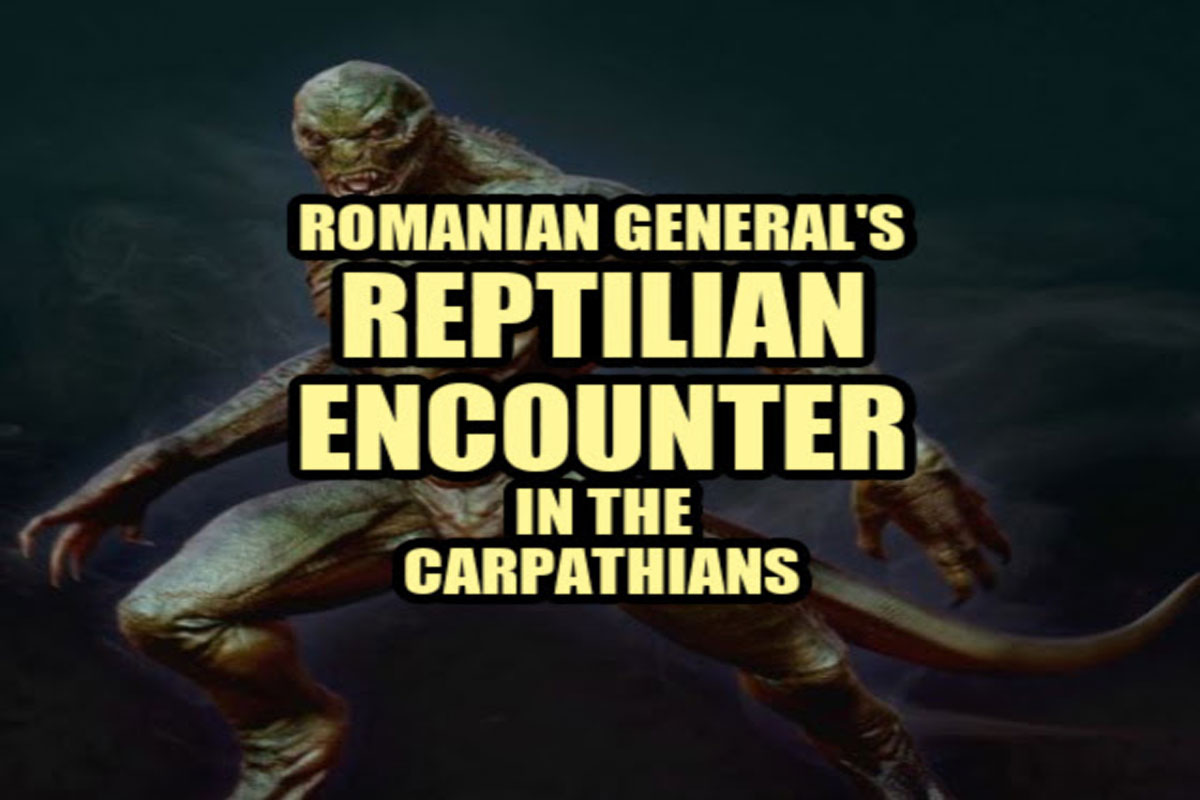 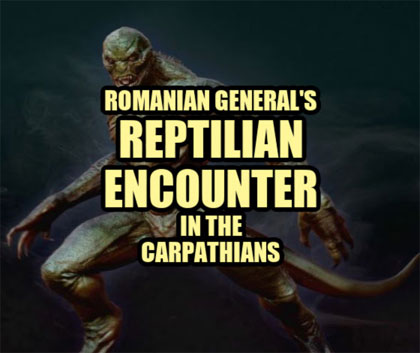 There have been several anecdotes referencing reptilian draconian beings in Romania since it joined the North Atlantic Treaty Organization (NATO) in 2004. There is no date given for the scenario detailed by General Emil Streinu (below) though, I suspect, it occurred post-1989 Romanian Revolution and pre-NATO membership. Again, this not the only reptilian claim to have come out of Romania. 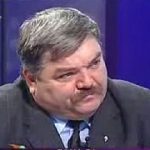 Romanian General Emil Streinu is an expert in radiolocation (radar technology) and has a doctorate in geophysical warfare (HAARP technology). He has served as the Advisor of the Romanian Parliament on unconventional issues and asymmetrical threats – Director of The Special Situations and Research Center on UFOs and Psihotronics – Founder of the Association for the Study of Unidentified Aerospace Phenomena and author of several of esoteric publications.

For many years he has claimed that the reptilian extraterrestrials exist, that they have huge underground bases/cities, but nothing more. Each time he concludes by stating “I’m not going any further on this subject”

After reading Aryan Hava’s books “Inuaki, The Reptilian Inside Me” (Vol. 1 & 2), General Streinu contacted her to convey a remarkable story as she was about to publish her third book on this subject: “Anunnaki vs. Anunnaki” (or “An.unnak.ki versus An.unnak.ki”). Streinu eventually writing the book’s preface.

In the introduction he speaks about a good friend of his who had seen two reptilian beings in an early morning (5:00 AM) in the Retezat Mountains (A group of mountains in the Carpathians).

His friend is also a military figure, a high ranking officer specialized in commando warfare, which asked for his identity to remain hidden. He served in Iraq, Afghanistan, Africa and Latin America (South America). General Streinu also mentioned that his friend is not a fan of neither science fiction or ufology and that he trusts his friend above any doubt.

This high ranking officer, let’s call him “Colonel X”, was driving back from a short camping trip, which he took alone in the mountains. He was close to Bucharest when he noticed that he was low on gas…so he pulled into a small rural gas station.

It was 5:00 – 5:10 AM, so nobody was around. Colonel X noticed a khaki Hummer with black windows parked outside the gas station with the engine on, but nobody around it. After filling up his tank, he paid and walked back to his SUV. He then noticed that the driver’s door of the Hummer was opened and inside it he saw a reptilian being. The reptilian had no clothes but it was wearing military boots…it was entirely covered with green scales (like a crocodile) and had a lizard-type crest on the head. The reptilian saw Colonel X, then he got out of the Hummer, while still staring at him. He directed some sharp sounds at someone from inside the car, this time looking irritated, then got back at the wheel and quickly drove away. The car had no license plates, either on the front or back.

The Colonel looked around to see if someone else had witnessed the event, but he was alone. Then he noticed the gas station’s video camera. Unfortunately, the attendant told him that the camera was “just for decoration” and had no practical use, other than scare any potential robbers. Thinking that this was a very well played hoax, he got back into the car and continued his journey.

After several miles he was still very upset by the events, when he saw the same Hummer with all four doors opened. On the shoulder he noticed two dark green reptilians that seemed to be arguing. The second reptilian was 15-20 cm (5,9 – 7,9 inches) higher than the first one. It wasn’t wearing clothes or boots and had lizard-type feet and unlike the first one, it also had a tail.

On the street, trucks were passing by in both directions and the drivers were pointing at the creatures, but nobody pulled over. Then, Colonel X got his mobile phone out and took several photographs of the reptilians who seem oblivious to the situation.

After 3-5 minutes, the two reptilians got back into the Hummer and drove back, at high speed, in the direction they initially came from. The Colonel looked again at the pictures from his mobile phone and rushed for Bucharest in order to contact General Streinu and together decide what to do with the astonishing pictures.

Back in Bucharest, the phone clearly showed 11 pictures, but all of them were completely green. Together with General Streinu, they headed to a phone service company that couldn’t help them either. It was like the Colonel photographed a bright green light.

For two weeks they analyzed the story in great detail and searched for witnesses, but all efforts ended up in failure.

General Streinu concluded: “Only one thing is sure: we live in a world that we only THINK we know, having a false impression that we are its masters. In fact we are only subtenants in transit, on a planet that never belonged to us and having no idea what our purpose really is…”

When a UFO Case is So Important, Everything is Shredded, Burned or Buried