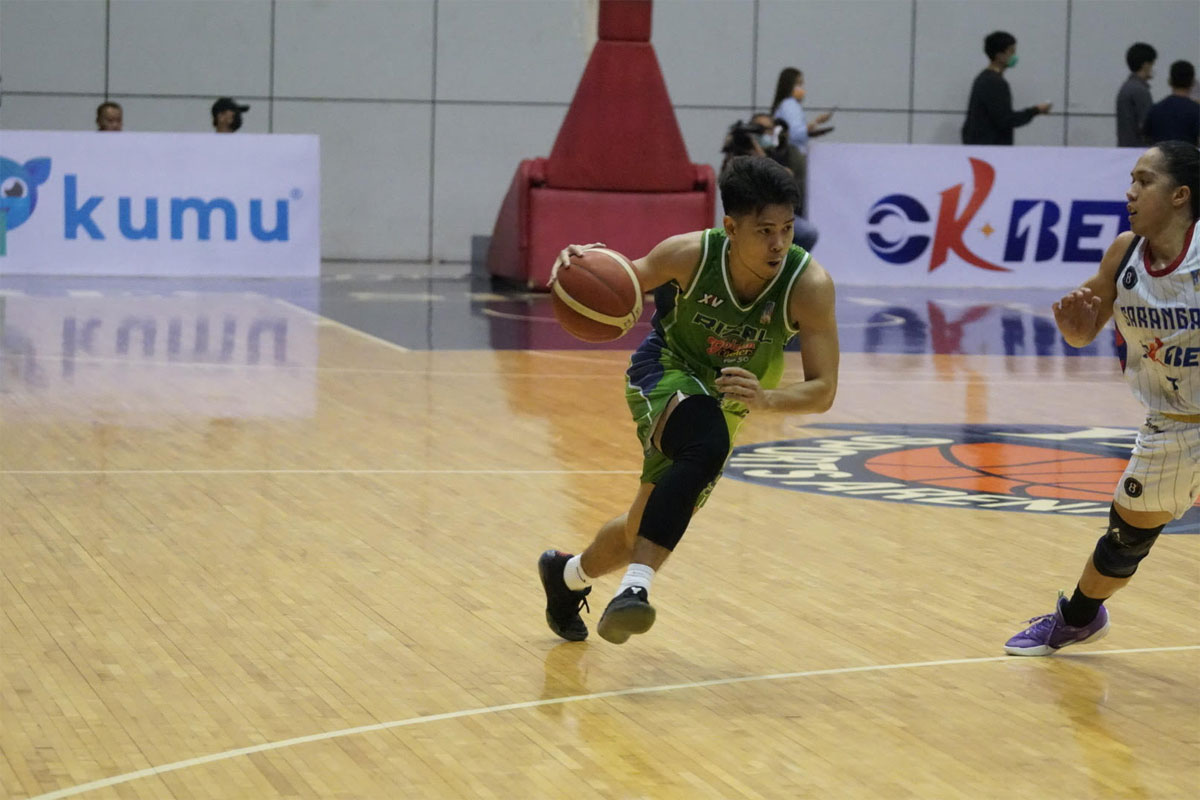 RIZAL Xentromall swept Sarangani, 84-79, in overtime, while Bacoor forced Batangas into a Game 3 decider following a 78-75 squeaker on Friday in the OKbet-MPBL (Maharlika Pilipinas Basketball league) 4th Season Presented by Xtreme quarterfinal playoffs at the Ynares Sports Arena in Pasig.

Saturday’s games pitting General Santos against Bacolod and Pampanga against Bataan at the Bren Guiao Convention Center in San Fernando, Pampanga, however, were canceled because of Tropical Storm Paeng.

The new date of the deciding quarterfinal games will be announced later.

Its morale boosted by a 73-45 dumping of Sarangani in Game 1, the Rizal Golden Coolers rallied from a 14-point deficit to force overtime, 73-all, then banked on a 3-point play by Jolo Mendoza with 13.13 seconds in the extension period left to cut short their best-of-three series.

Mendoza compiled 26 points, 4 rebounds and 2 steals to earn best player of the game honors. He got support from Edgar Charcos, who drilled in the game-tying triple, with 15 points and Keanu Caballero with 11 points, 5 assists and 4 rebounds.

Sarangani got 24 points, 9 rebounds and 4 assists from YouTube sensation and Mr. Quadruple-Double Kyt Jimenez, who, however, committed 8 turnovers.

Gabby Espinas contributed 16 points and 11 rebounds and Paul Sanga 13 points and 4 rebounds for the third-seeded Marlins, who led most part of the game.

Earlier, the Bacoor Strikers leaned on Mark Pangilinan to stun the Batangas City Athletics and level their series at 1-1.

Pangilinan fired 12 points, including three triples, in the fourth quarter as Bacoor regained control at 77-68 with only 1 minute and 44 seconds to go.

RJ Ramirez led Bacoor with 19 points, followed by Pangilinan with 17 and Mark Montuano with 11.

The loss negated the entry of Batangas’ Levi Hernandez’s to the MPBL 1000 point-club.

Hernandez, who became the 11th member following a triple at the 6:15 mark of the third quarter, wound up with 22 points and was gifted the ball he made the milestone shot with by MPBL Commissioner Kenneth Duremdes.

Batangas will get the chance to exact revenge on Bacoor when the MPBL resumes on Nov. 4 at the Batangas City Coliseum.

Letran in vengeful win vs Lyceum