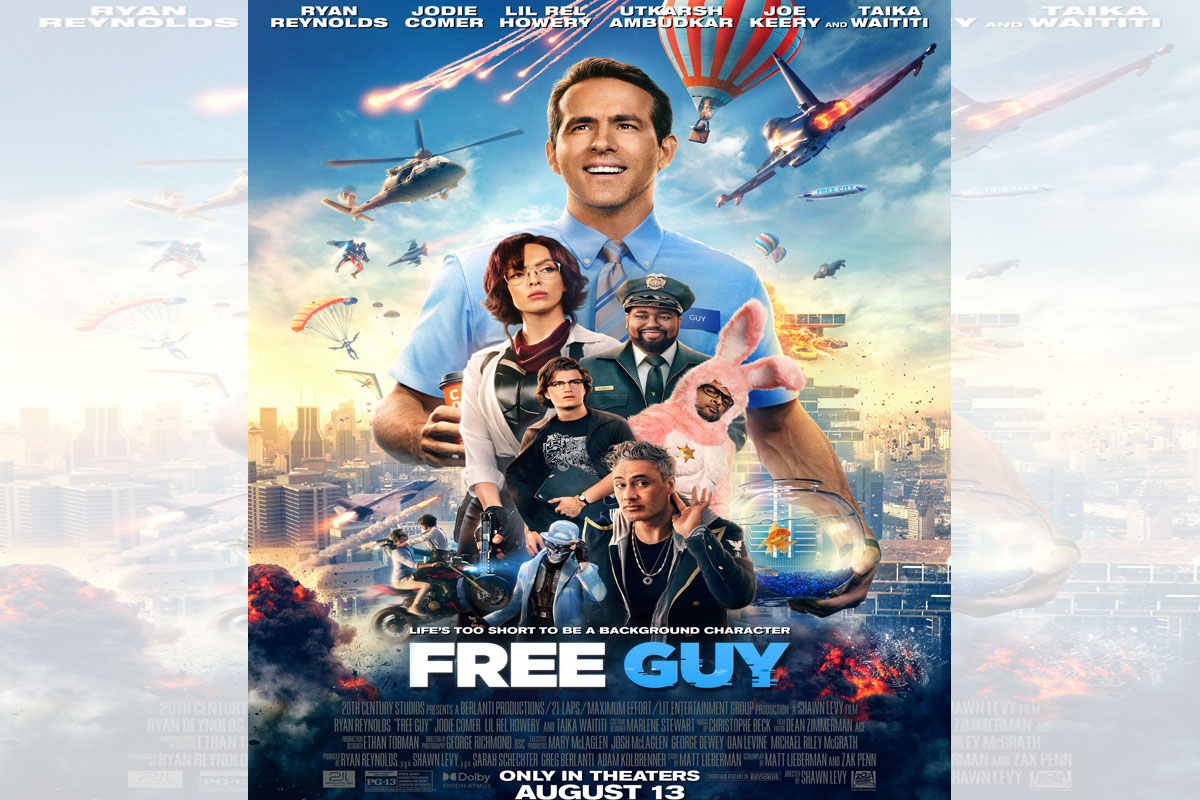 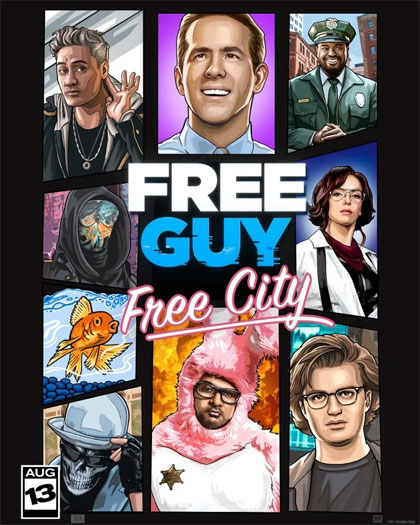 RYAN Reynolds is definitely the top action-comedy actor today. After his rollicking performance in the “Hitman’s Bodyguard” and “Deadpool” flicks, he now stars in another hit movie that has all the makings of another franchise, “Free Guy”. And he’s also in the new Netflix movie, “Red Notice”, with Dwayne ‘The Rock’ Johnson and Gal Gadot.

“Free Guy” works mainly because he is so good in the title role of Guy, a non-player character or NPC in a multi-player online video game called “Free City”. The players are those with sunglasses and they can do anything like harass everyone and do damage to anything in their cyber world to their heart’s content.

Guy is programmed to just ignore them and let them do it, but he starts to think like a real person, wondering if there’s more to his life. He has no inkling that he is just a background character, or like an extra in a movie, in an online video game where his ordinary job is as a bank teller whose best friend is their security guard, Buddy (Lil Rei Howery).

Their game is developed by Soonami Games, which is owned by Antwan Hovachelik (played with so over-the-top comic flair by Taika Waititi, director of the acclaimed “Jojo Rabbit” and the hit superhero flick “Thor”). Antwan actually just stole the source code of the game from Millie (Jodie Comer of “Killing Eve”) and Keys (Joe Reed of “Spree”). He fired Millie when she sued him but Keys still works in Soonami.

Millie plays Molotov Gil in the game and she is trying to collect evidence to prove she’s the rightful owner of the source code claimed by Antwan. As Molotov Girl, she intrigues Guy who starts to wander away from the way he is programmed in the game. When he puts on a pair of sunglasses he got from a bank holdupper, he realizes he is in Free City and starts pursuing Molotov Girl.

Together, they become a team with Millie trying to get evidence of her source code and thinking Guy is a new player. Guy continues to do good acts in the game and he becomes very popular as the Blue Shirt Guy. In real life, Keys reveals to Millie that Guy is actually an NPC whose artificial intelligence is included in the original game that they developed, leading to Guy to develop romantic feelings for Millie.

Meantime, Antwan becomes afraid of the effects of Guy’s popularity and orders his men in Soonami to wipe out Free City so they can just come up with Free City 2. He also wants to delete Guy completely. Guy and Millie then have to get to the island where they can have proof of Millie and Key’s original source code before the greedy Antwan defeats them.

Antwan and his men try their best to sabotage them and it becomes a race against time as they try to cross the sea and get to the island. Antwan even sends Dude, a muscle man version of Guy, to beat up Guy and prevent him from reaching the island. This provides for the film’s exciting climax. But will love really triumph for Guy and Millie when Guy is not a real person? The film finds a neat resolution for this with some kind of a love story when Millie finally realizes the secret feelings of someone who has always been in love with her.

“Free Guy” is a high concept crowd pleasing piece of escapist entertainment that reminds us of other films with more or less the same themes, like “The Truman Show”, “Tron”, “Ready Player One”, “The Matrix”, even the animated movie “Wreck It Ralph”. It works because Ryan Reynolds is perfectly cast as the charming and winning Blue Shirt Guy. He knows it’s his show and he it gives everything as the innocent bystander who lives in a videogame universe and unwittingly rewrites it to become its goofy hero and save their imaginary world.

Debuting in her first big Hollywood movie is British actress Jodie Comer (best known on TV as the other woman in “Doctor Foster” and as the ruthless assassin in “Killing Eve”). She does an excellent job in her dual roles as Millie, the programmer whose code was stolen, and as her digital alter ego, the action girl, Molotov Girl. Jodie is a total delight. She has sensational chemistry with both Ryan Reynolds and Joe Keery. She shows the kind of spunk and strong performance that can make her a real bright star. We wish she could do a real feel good romcom with her in the lead.

As directed by Shawn Levy (“Night at the Museum”, “Reel Steel”), the movie has a freewheeling and breezy tone that is great entertainment for the whole family. Looks like it has a started a franchise as a sequel is now being made. We don’t play video games like our grandchildren do, but “Free Guy” is an enjoyable trip to unknown territory that we wish we could also get a controller and play for ourself.

‘The Next Chapter of OPM’