Journal News / Entertainment / Concerts and Movies / Review of ‘Spencer,’ a film on three crucial days in the life of Princess Diana SpencerInline image 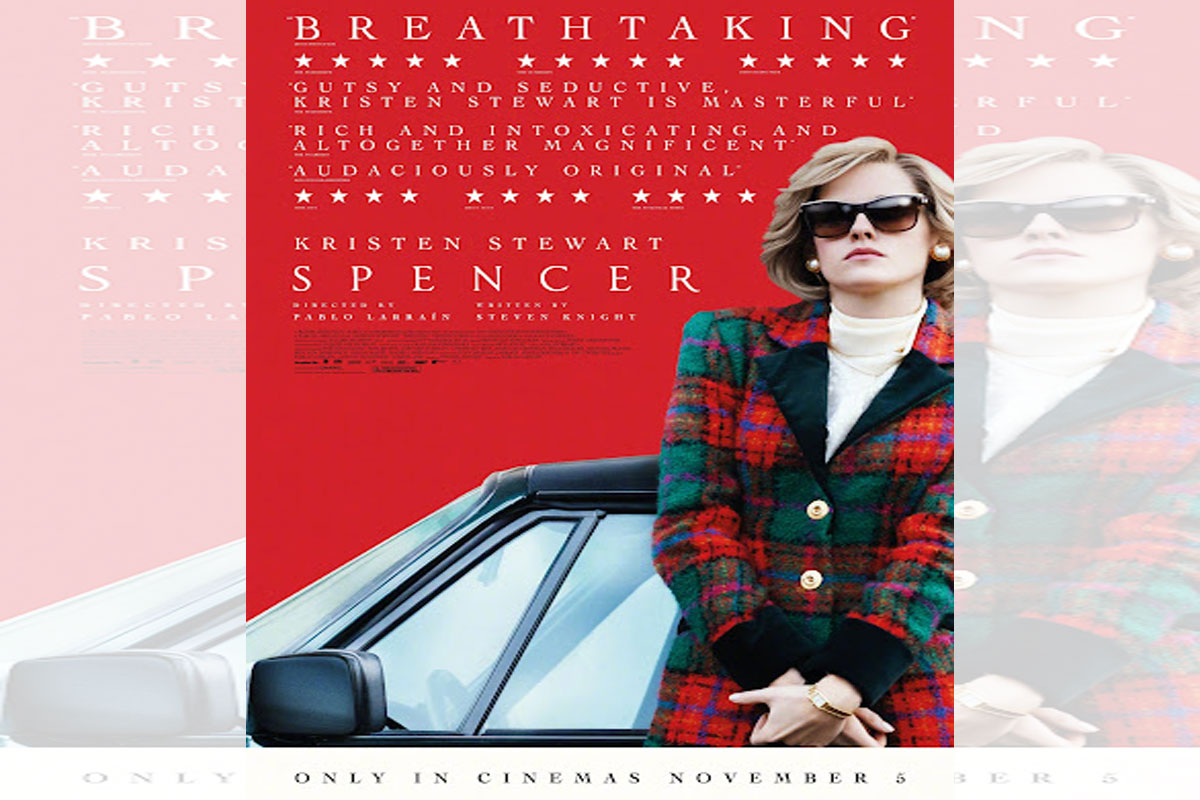 Review of ‘Spencer,’ a film on three crucial days in the life of Princess Diana SpencerInline image 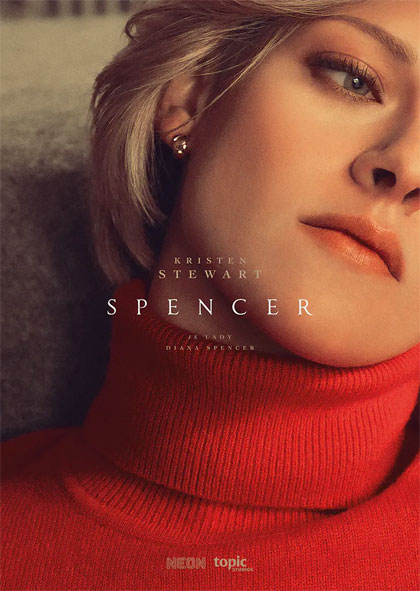 VIEWERS who expect “Spencer”, currently shown in local theaters, to be the usual biopic about Princess Diana will surely be disappointed as it isn’t concerned with showing the events in her life that we already know. Instead, it presents a very incisive, layered portrait of her private persona and mental health.

Director Pablo Larrain is a Chilean filmmaker who got an Oscar foreign film nomination for his film “No” and later produced the first Chilean film to win an Oscar, “A Fantastic Woman”. He went to Hollywood to do a filmbio on Jackie Kennedy and just did the Stephen King TV series “Lisey’s Story” starring Julianne Moore. He calls his Spencer “a fable”.

It focuses only on three days in the life of Diana Spencer: Christmas Eve of 1991, Christmas Day, and the day after Christmas which they call Boxing Day in England. By this time, Diana’s marriage to Charles has already been strained by his brazen affair with Camilla Parker Bowles so the film doesn’t even go into that.

If you want a juicier and more expansive film bio, then watch previous films made about her even on TV like the documentary “Diana in Her Own Words” in 2017, “Lady Diana” a film made in 2013 with Naomi Watts in the title role, “The Story of Princess Diana” on Amazon, “Diana: Her True Story” a TV film in 1993, and so many more, even “The Crown, Season 4”.

“Spencer” (first time a film uses her family name to distinguish it from all past films with Diana in its title) takes a lot of liberties in telling those pivotal three days in the life of the late Princess. We don’t know how true are the situations portrayed in it. Don’t expect a fast-paced florid drama full of confrontations and tears as this one is so stylized and paced very leisurely.

Most of the time, the camera is just focused on Diana, following her as she walks around the palace and its grounds, going to the royal kitchen to eat secretly because she’s so hungry in the middle of the night. Highly stylized, it’s a presentation on the psychological crisis that Diana went through.

The acting is very quiet. You don’t see Diana screaming or getting hysterical. It’s all layered. At the Christmas Day mass, she sees Charles’ paramour. She never verbalizes it, but you can see her tortured feelings registered all over her as the photographers swarm on them for the usual family photos.

The film is more of a intimate portrait that uses many metaphors and this will surely alienate viewers who refuse to think. Pleasing the ordinary moviegoer is not its priority. It starts with Diana (Kristen Stewart) driving around Norfolk to look for the Sandringham Estate where the royal family spends its Christmas holidays. She gets into a pub, surprising everyone, to announce that she doesn’t know where she is and that she is lost.

You get the feeling that she’s actually avoiding to go to Sandringham, but then she meets the royal chef on the road and she notices that she is actually in a place that used to be her childhood home with a familiar scarecrow on its grounds.

At the Christmas Eve dinner she wears a pearl necklace that Charles gave her and when she sees him on the dinner table, she feels suffocated that the necklace breaks and the pearls fall into her soup and she eats them. Later on, you’d realize that she is just hallucinating.

In her room, they plant a book on Anne Boleyn, the queen who was beheaded, as some sort of warning to her, and she starts having visions of Anne’s ghost talking to her. Diana and Charles are not shown talking but when she finally talks to them about their sons, they are separated by a huge pool table that signifies the yawning gap between them.

Queen Elizabeth has minimal speaking lines. The other royals have no speaking lines at all. The aim of the film is for us to give our total sympathy to Diana, the people’s princess, who is actually tormented by the British royal family. The House of Windsor surely won’t win any sympathizers for the way they treated her.

Even the people working for them keep a strict ring around Diana and pressure her to conform to the protocols and pressures of royal life, just forget her own needs for the sake of the country. The film explains why she becomes the Queen’s rebellious daughter in law, before Megan Markle.

On Christmas night, Diana visits Park House, her childhood home, recalls her happy memories as a girl, shown in flashbacks. For a while, she seems to be thinking of throwing herself down the stairs but Anne Boleyn’s ghost stops her and, instead, she finally rips apart the pearl necklace from Charles as a symbol of her breaking away from him.

The next day, she decides to get her sons back and they head to London where they sing “All I Need is a Miracle” in their Porsche convertible. Diana finally feels free. The next year, her separation from Charles is officially announced.

Kristen Stewart is lionized for her portrayal of Diana and now we know why. We remember her as the child actress who played Jodie Foster’s feisty daughter in “Panic Room” then she gained stardom in the “Twilight” films where she gave lackluster performances.

Obviously, she really studied and prepared for the role of Diana. If you’ve seen video footages of the late princess, she succeeds in capturing the voice and mannerisms down pat, with anguish and frustration so palpable in her line deliveries that reek of misery. Even her accent is on point, considering she’s American.

Some monarchy sympathizers might think she is just being insubordinate when they even gave her a fairy tale wedding, but they didn’t see the toll Charles’ dalliance with Camilla took on her mental stability, even causing eating disorders. She became lonely and hungers for friendship, but even that is taken away from her when Charles gets rid of her favorite dresser, Maggie (Sally Hawkes), and sends her back to London.

The film itself is handsomely mounted, with enchanting cinematography, impressive locations and costumes, and a fine jazzy score that banks mostly on piano and violin. The production design shows how British royals require hordes of servants, cooks, servers every time they have breakfast, lunch or dinner, plus private dressers and so many security people, all paid by British taxpayers no doubt.

Among Stewart’s co-stars only Timothy Spall and Sally Hawkins make an impression. Spall stands out as the dedicated ex-military servant of the palace who is programmed like a robot and obeys everything they say without any objection. Hawkins (“Shape of Water”) is the voice of reason who tells Diana to fight back. All the rest are forgettable.