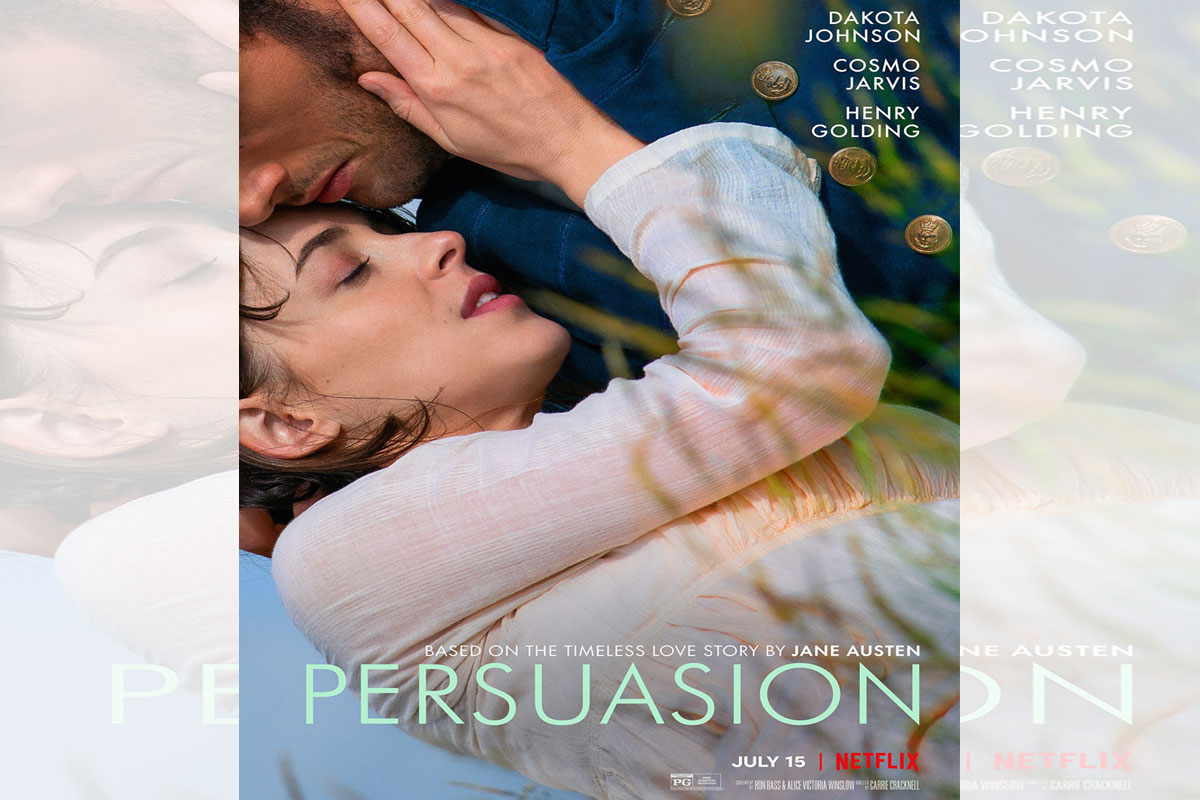 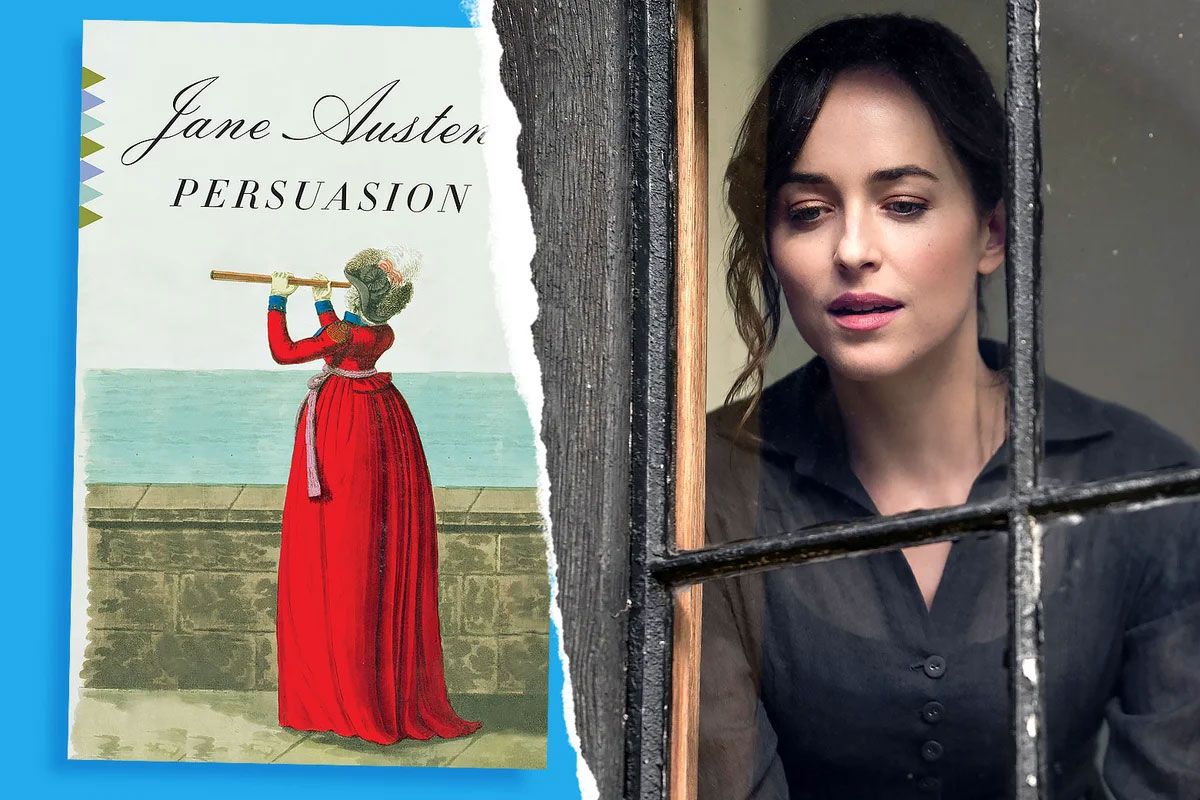 ‘PERSUASION’ is the last novel written by Jane Austen, one of the English authors whose novels like “Emma” and “Pride and Prejudice” have been adapted for the screen several times. It came out six months after her death on July 18, 1817. It’s also been filmed and made into a TV series a number of times.

The most praised versions are the 1995 mini-series starring Amanda Root as the main protagonist, Anne Elliot, and the 2007 BBC TV movie, with Sally Hawkins (“The Shape of Water”) as Anne. Now comes a new version on Netflix, starring Dakota Johnson of the “50 Shades of Gray” trilogy as Anne.

This new version is lambasted by most critics for the many changes it made. First, the language is made more contemporary and several liberties were taken in the story telling.

The production also uses the color blind casting so common today in period films and TV shows, like “The Personal History of David Copperfield”, “Bridgerton” and “Mr. Malcolm’s List” where black and Asian actors are cast in roles usually reserved for Caucasians.

The new adaptation still uses the basic core of Austen’s novel. At 19, Anne Elliot (Dakota) accepted the marriage proposal of Frederick Wentworth (Cosmo Jarvis), but she is persuaded by her father, Sir Walter (Richard E. Grant), her overbearing older sister Elizabeth (Yolanda Kettle) and an aunt who Anne considers as her second mom, Lady Russell (Nikki Amuka Bird), to break off the engagement.

They say Wentworth is not a suitable match for her since he is just an untitled naval officer of low social status while she comes from Kellynch Hall, their wealthy family estate. Seven years later, after the Napoleonic Wars, the Elliots are nearing bankruptcy due to their father’s extravagance and overspending.

They are forced by financial constraints to stay in a cheaper home in Bath while they’re having Kellynch Hall rented to an admiral, Croft, and his wife Sofia. It so happened that Sofia is the older sister of Wentworth, who is now a wealthy captain and a hero in the war. Wentworth stays with his sister and thus, he and Anne cross paths once again.

The film is basically a romcom set in England’s Regency Era. If you’re a Jane Austen loyalist who wants adaptations of her work to be totally faithful, then don’t watch this movie anymore which is a more whimsical and playful reimagining of the source material written 200 years ago.

It’s not an outright modernization like what “Clueless” did to “Emma” or “Fire Island” did to “Pride and Prejudice” with its gay characters, since they’ve retained the costumes and the era but the zany flavor and the wackiness is definitely not so Regency era.

For one thing, Anne often breaks the fourth wall to talk directly to the camera or in voice over narration. She announces: “I’m single… and thriving.” You’d think it’s Bridget Jones talking to her diary.

Honestly, Dakota carries it all very nicely. We can surely take her anytime over that foul-mouthed British comedian who talks to the camera all the time in “Fleabag”, which we decided was not our cup of tea after the second episode.

The wonder of it all is that Dakota is not even English but American. The other actresses who have played Anne before are all British. And yet, we can see why London theatre Director Carrie Cracknell, who’s making her film debut here, chose her. It’s because she is just perfect for her cheeky but more relatable version of a free-spirited Anne.

It’s obvious that Dakota, who has great comic timing, is a much more astute actor than her parents and grandmother. (If you don’t know them, consult google.) We like her when she throws complicit glances to the camera like saying: “What did I tell you?” You should also watch her as Domino in the current Apple TV dramedy, “Cha Cha Real Smooth”.

The problem is Dakota has very little chemistry with her leading man, Cosmo Jarvis, a singer-actor who we first saw in “Lady Macbeth”, where title-roler Florence Pugh ate him alive as her weak-willed lover. He has an Armenian mom and a British dad, which explains his exotic looks, but he doesn’t have much of a dynamic screen presence.

When he is on the same screen with Henry Golding (“Crazy Rich Asians”), it’s very obvious who is the more charming and attractive lead actor between. Actually, Golding’s character, William Elliot, was more of a scheming villain and rival in the novel, but it was softened here and Golding comes up with a very winning interpretation. They should have just switched his role with that of Jarvis to give the film a bit more persuasion.