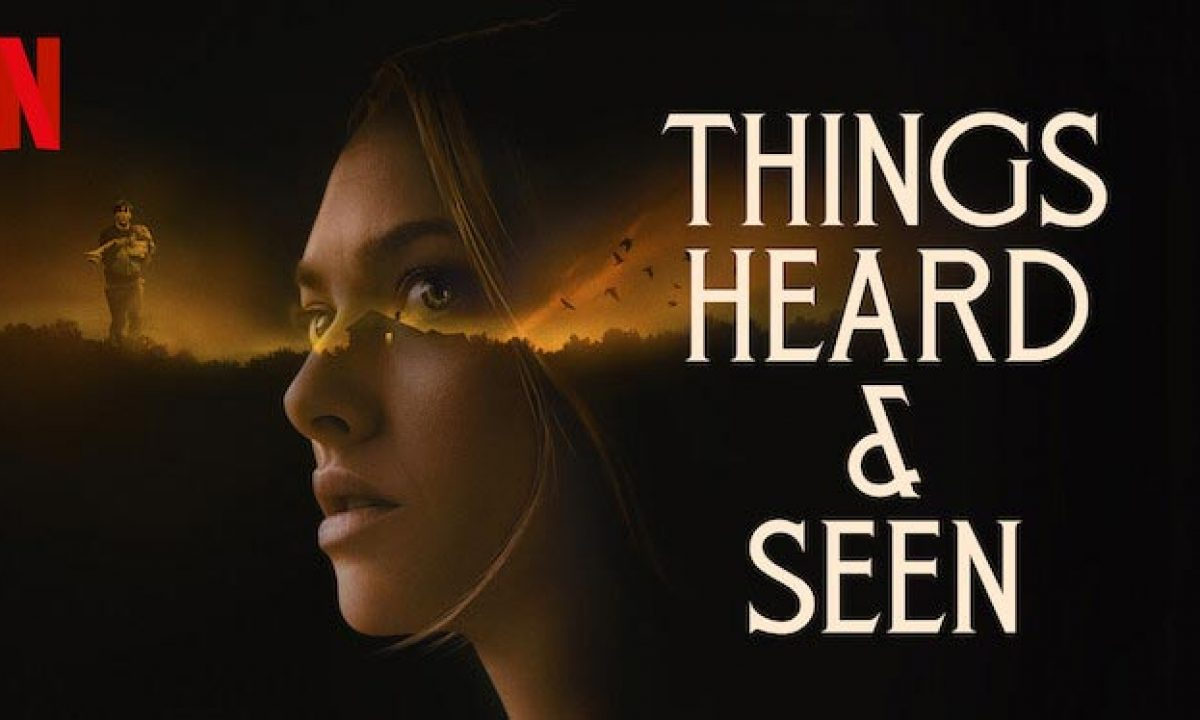 WE love horror films but, lately, we have yet to see one that really succeeds in scaring us. Netflix has a new horror offering, “Things Heard & Seen”, and we checked it out because it stars Amanda Seyfried, who just got an Oscar nomination for “Mank”.

The film is set in 1980 and she plays Catherine, an art restorer in Manhattan who sacrifices her own career for her academician husband, George Claire (James Norton, a British actor who now sports an American accent). When George gets hired to teach art in Saginaw College in Chosen, Upstate New York (both fictional places), she, George and their daughter Franny (Ana Sophia Hegger) move to a big old creepy house and it’s easy to deduce that it is haunted.

Franny sees the ghost of a woman in her room and Catherine herself later sees the apparition. Catherine also finds an antique ring that turns out to belong to the dead wife of the former owner of the house. A teenage boy, Eddie (Alex Neustaedter), applies to her as a farm hand and his younger brother, Cole (Jack Gore), applies as a babysitter for Franny.

Both Eddie and Cole are nice but later on, it will turn out they are the children of the house’s dead past owners who had a tragic death. George, while jogging, meets a pretty teenager, Willis (Natalia Dyer), and they have an affair. The movie is so tediously paced and the situations being portrayed are so easy to predict.

The problem with the movie is that the ghost is not really scary. She is actually benevolent and just wants to have a friend in Catherine, who, like her has a heel for a husband. The movie is reminiscent of “What Lies Beneath”, where the husband (Harrison Ford) turns out to be more sinister and menacing in his evil deeds than the ghost in the house of the terrorized wife (Michelle Pfeiffer).

The movie really botches a promising premise about a marriage that is bound to be dysfunctional because of a toxic and malignant husband and a docile, bulimic and overly submissive wife. The moment they showed an axe hanging on a well, you can already guess what happened, specially after George’s boss (Oscar winner F. Murray Abraham), discovers that he is a big fraud who just forged his papers to get into their university.

The movie is written and directed by Robert Pulcini and Shari Springer Berman based on a novel by Elizabeth Brundage. They try to incorporate the mystical works of Swedish scientist Emanuel Swedenbourg who wrote a book titled “Heaven and Its Wonders and Hell From Things Heard and Seen”, from which the movie got its title.

The author believes in ghosts but the movie just doesn’t work. The narrative threads foray into various directions but end up nowhere. Both husband and wife commit indiscretions, but these flings do not seem to have any concrete bearing into the plotting.

After a while, things get so cumbersome that you don’t really care anymore what will happen to the characters. It’s not the old house that actually brings trouble but the characters themselves and they’re not worth sympathizing with. In the end, this movie is not really worth hearing or worth seeing.