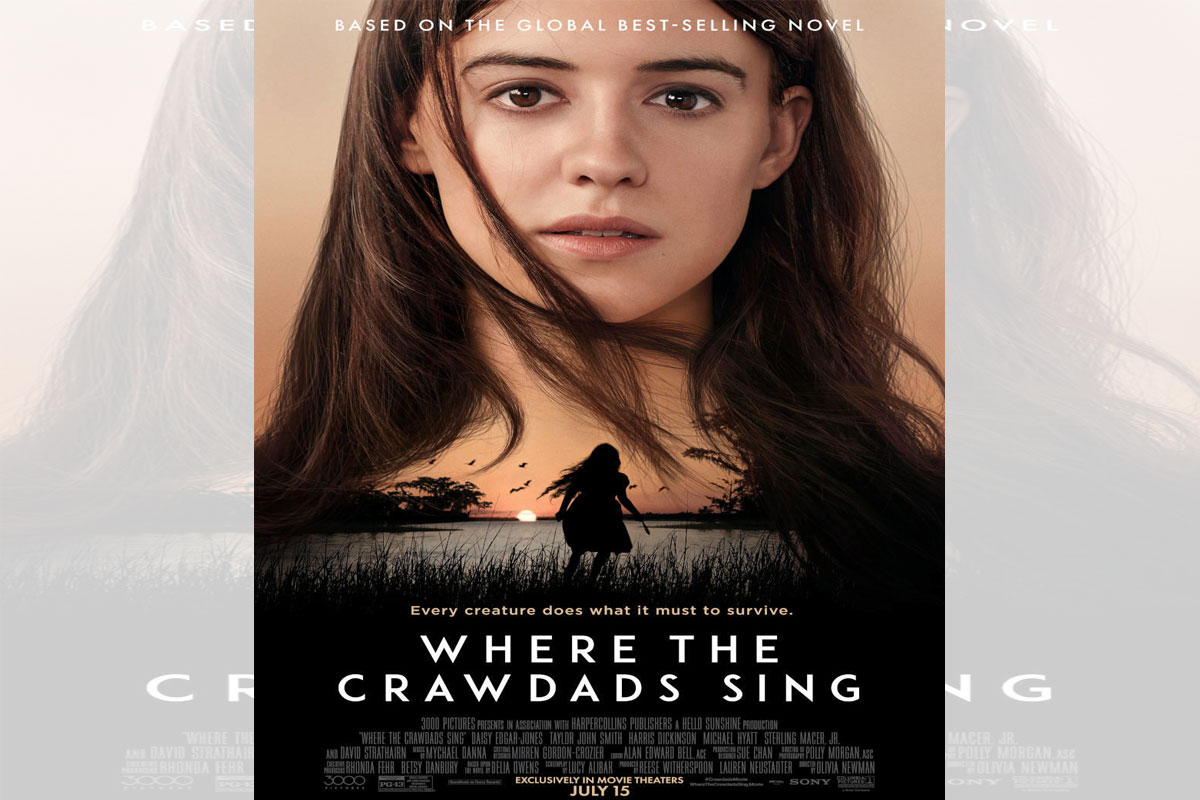 Review of mystery-drama ‘Where the Crawdads Sing’ 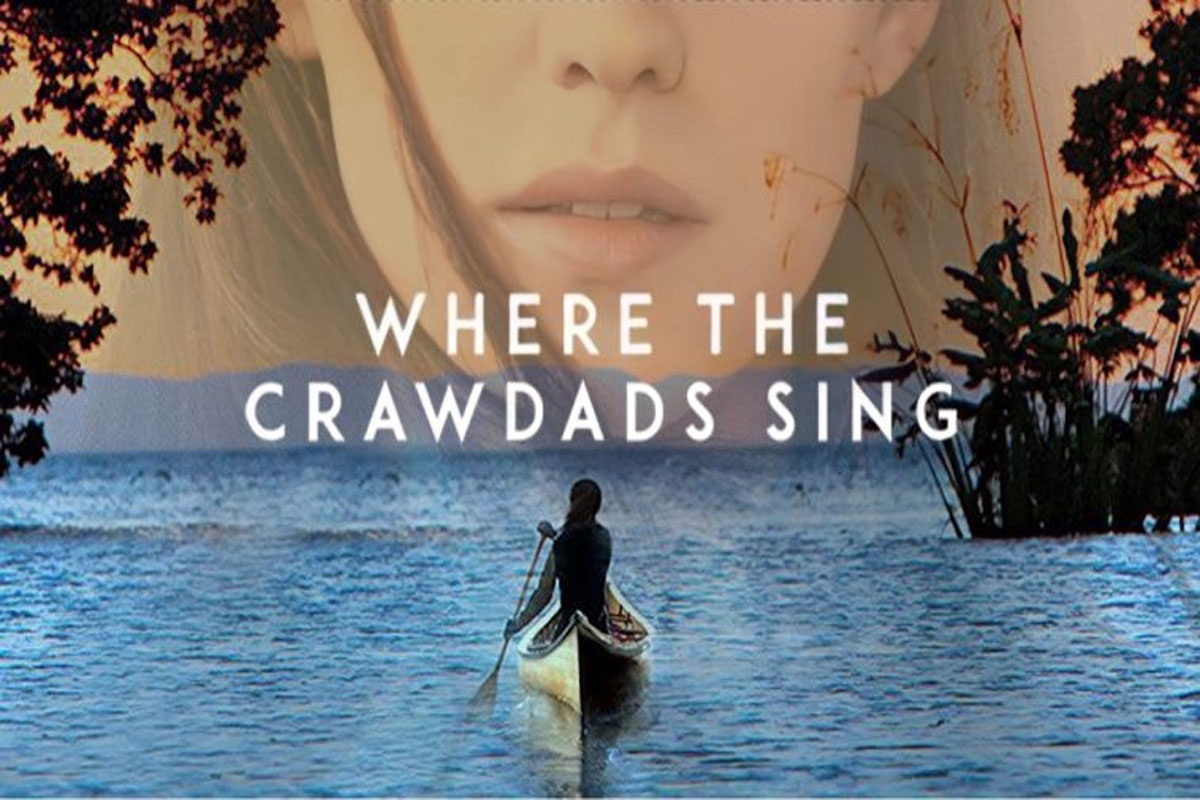 ‘WHERE the Crawdads Sing’ was published as a novel by Delia Owens in 2018 and it became a big best seller that has since sold 15 million copies. It’s the story of Kya, a girl abandoned by her parents and siblings when she’s about 7 years old and she raised herself living alone in their cabin in the wild marshlands of North Carolina, earning her the tag Marsh Girl.

The title’s crawdads are actually small lobsters and novelist Owens says she got it from her mom. They can’t really sing, but in the book, Kya’s mom tell her that she can go to the marsh “way out yonder where the crawdads sing.”

It’s now been made into a movie starring Daisy Edgar Jones, a British actress who first caught our attention for her fine performance as the loner Marianne in the TV series “Normal People”. She then went to Hollywood and did the comedy-thriller, “Fresh”, and the acclaimed hit crime-mystery miniseries, “Under the Banner of Heaven”.

She now plays Kya in the much-awaited film version of the best-seller and she doesn’t disappoint. For us, she’s the best thing in the movie, never mind if she looks so lovely for a girl who grew up all by her lonesome self in the marsh. The story is told in two different timelines that eventually meet.

The first one starts in 1969 when rich boy Chase Matthews is found dead and there’s an investigation. The second one is about Kya’s past in the early 1950s.

After all her family members have left her in 1952, Kya survives on her own by harvesting mussels from the sea and selling them to a store in their town of Barkley Cove.

Since she never went to school, she’s no read-no write and the townspeople look down on her as an outcast.

A boy, Tate Walker, is kind to her and teaches her how to read and write. They grow up together as teenagers but then, Tate (Taylor John Smith) has to leave for college.

He promised to return for her but he never did and Kya is heartbroken.

Kya draws very well and Tate has earlier encouraged to send her drawings of animals and insects to a publishing company. She finally does and her work is accepted, giving her a more stable and steady income.

She then meets the local jock, Chase Andrews (Harris Dickinson, the British actor who played Ralph Fiennes’ son in ‘The King’s Man’ and Dolly de Leon’s leading man in the acclaimed Cannes entry, ‘Triangle of Sadness’), who’s popular with the girls.

He wins her and she goes to bed with him. Then she learns that he already has a girlfriend to whom he is already officially engaged. She breaks up with him but he persists in hounding her and tries to rape her.

He is later found dead at the bottom of a tower where he seems to have fallen down. But his folks say he was murdered and Kya is arrested and charged with murder. This rocks the whole town and the people all presume that she is guilty. But she is defended in court by a kind lawyer, Tom Milton (David Strathairn, “Nomadland”), who sympathizes with her.

This is all we’d share. The film becomes a mystery about Kya’s involvement in Chase’s death. Is she guilty or not? The answer lies in a shell necklace that Kya earlier gave to Chase and which has gone missing when he died. Where it went will be revealed to you at the film’s final scene.

Since it’s a popular novel, the film version is already pre-sold and is a bonafide hit earning more than $120 million worldwide. It could have probably earned more if they came up with a better movie.

The novel has created a memorable character in Kya and the story is an emotional exploration of the female psyche that longs for company. The material also tackles other solid topics like family abuse, prejudice, survival, rape, and the fortitude and resilience of the lead character.

Director Olivia Newman’s first movie, “First Match”, is about a young girl who joins an all boys wrestling team. You can feel her feminine honesty in her treatment of Kya’s journey as she immerses us in her marsh environment with its lovely visuals.

But the superficial storytelling suffers from a lack of energy and the overall effect is that it’s bland, predictable and lacks emotional depth, just a mediocre adaptation of a hit book. No doubt the star of the show here is Daisy Edgar Jones, who fans of the book will admit is a perfect cinematic equivalent of her character, in the way that Jennifer Lawrence embodies Katniss Everdeen.

She has a warm presence but can be stubbornly fierce when she fights for her own survival. She is ably supported by Taylor John Smith as her childhood sweetheart who returns to help her, and Harris Dickinson as the spoiled rich boy who thought he can get away with whatever he wants to do with Kya.

Audiences will have varied reactions about the movie, specially those who have read the novel, but one thing stands out: Daisy Edgar Jones delivers a fine performance and has the potential to be a big star. Another attraction in the movie is Taylor Swift’s haunting song “Carolina” that she composed for the film.