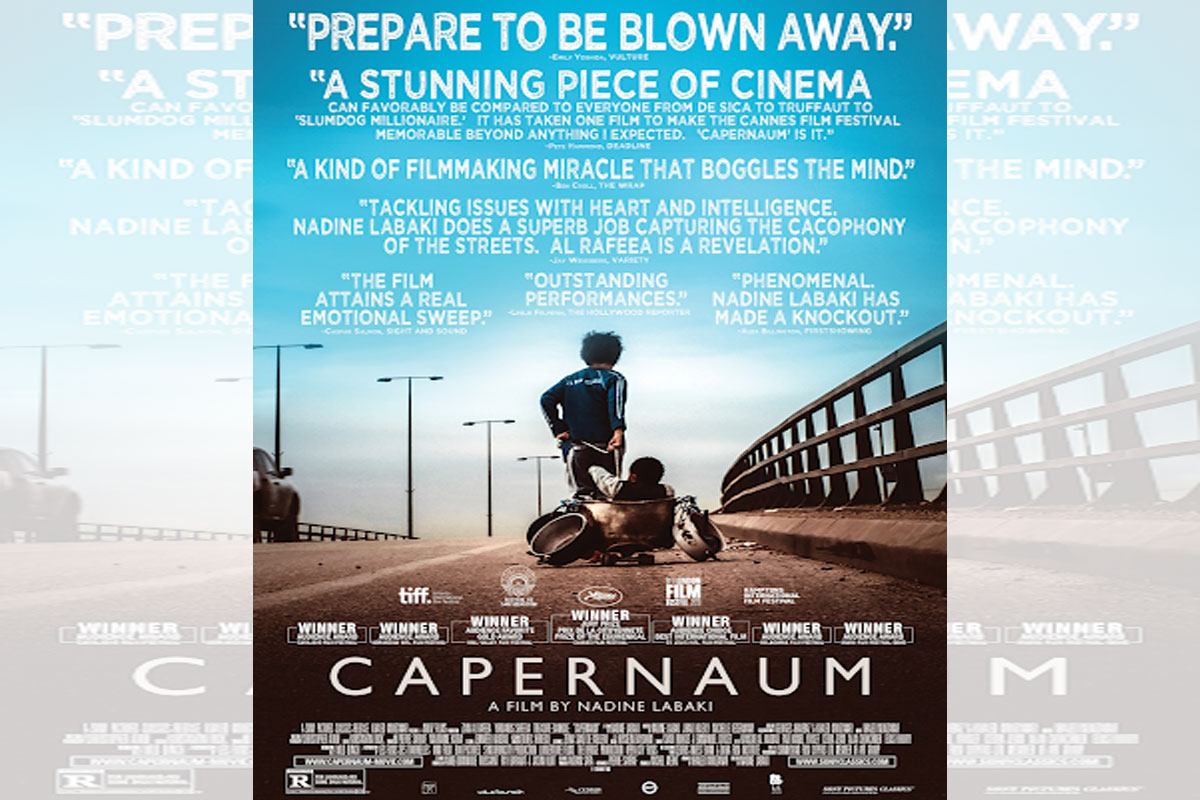 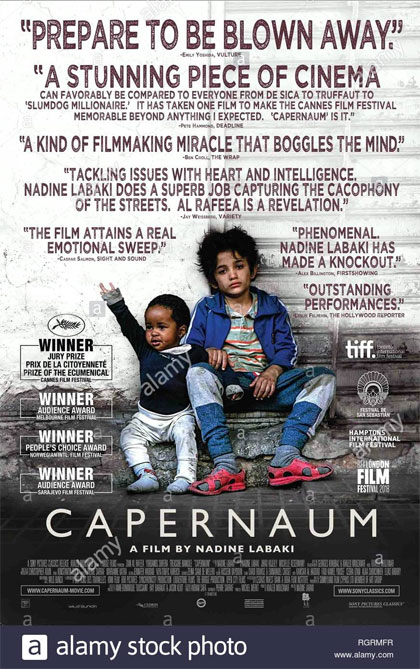 ‘CAPERNAUM’, a Lebanese film, won the Jury Prize in Cannes 2018 and got a 15-minute standing ovation. It got nominated in the Oscar, Golden Globe and won best picture in many international film festivals. Made for US$4 million, it’s a worldwide hit that raked in a total of $68 million, making it the highest grossing Arabic or Middle Eastern film of all time.

Written and directed by Nadine Labaki, the film follows the story of a 12-year old boy who sued his own parents for giving birth to him in this horrible world. She said it’s really the children who pay a high price for the stupidity of their parents and the government, and she asked herself: what if those kids themselves could talk, what would they tell the society that ignores them?

We haven’t cried in a movie for a while but the ending of this film really tore us up. The boy is Zain, played by a refugee from Syria named Zain All Rafeea who is acting for the first time, and he is excellent. The film starts with him serving a five-year sentence in juvenile prison for stabbing someone he calls a “son of a bitch”.

We then see him in court facing his parents for his charges against them. It is the court scenes that are used as a framing device in telling the story. Zain and his family live in the slums of Beirut, the capital of Lebanon. Zain is the eldest of seven kids and he has very irresponsible parents who don’t even bother to register them with a government office so they don’t have an official birth certificate.

They don’t even remember Zain’s birthday or how old he is and it’s just a doctor who determined that he must be 12 years old. The story is told in flashbacks and we eventually find out who is the son of a bitch that Zain stabbed. Instead of being sent to school, Zain and his siblings are made to work by their negligent parents. They go begging and selling various items in the streets.

Zain uses fake prescriptions to buy prohibited drugs from various drugstores which they then turn into powder and sold by their mom to drug addicted prisoners. When Zain finds out that her 11-year old sister Sahar has started menstruating, they try to hide it from their parents who will just sell her to Assad, their landlord.

Zain plans to take Sahar somewhere to escape but before they can do so, their parents have already sold Sahar to Assad. Zain is outraged and runs away. He forays into a theme park and meets Rahil, a TNT (tago ng tago) undocumented migrant from Ethiopia who is working there as a helper. She has a one-year old baby boy and lets Zain live in her shanty to babysit for her son.

But soon, Rahil is arrested and the infant is left under the care of Zain who goes begging for their food. Someone gives Zain the idea that he can migrate to Sweden if he could get his identification papers. He gives the baby boy away in exchange for a chance to go abroad.

He returns to his parents to ask for his identification papers but learns that his sister Sahar has died because she got pregnant and bled. So he gets a knife, goes to Assad and stabs him. While he’s in jail, his mother visits him and tells him she’s pregnant again.

This disgusts him all the more and that’s when he decides to sue them for having more children who they cannot even care for. He feels they have no right to give birth to more kids who they’ll just neglect. The film is a bit melodramatic, specially that subplot about Rahil and her baby, but they’re given an upbeat ending.

Even Zain is hinted to have a positive ending. All throughout the film, you’d never see him smiling. But in the very last scene, he is shown facing a photographer who tells him to smile since it’s for his identification card and not a death certificate. For the first time, we see him smile. Freeze. The end. It packs an emotional wallop. So heartbreaking, but also so heartwarming!

The story of Zain can very well be the story of our own countless homeless streetkids in Manila who are traumatized for life. When we did apostolic work in depressed areas, we see families of 7 to 10 kids all living in one room-shanties and the already poor parents still keep on breeding. We just really need a good scriptwriter and director to mine this very universal story.

“Capernaum” is so effective because the boy they got to play the lead role is so effective as Zain. He’s good looking with a pair of very expressive eyes. He’s obviously very smart as he doesn’t seem to need too much coaching from the director. Zain is not just a passive child as he is often seen fighting impossible odds with his own resourcefulness..

In many scenes, he has no lines but just exudes so much angry energy. The handheld camera is just following him and he knows exactly what to do to gain compassion from the viewers. The director chooses a semi-documentary, cinema-verite style in telling Zain’s story without sensationalizing it. And the social commentary just pops out naturally from all the footage she has shot.

As a harrowing portrait of abused kids, it surely shows the very difficult lives some kids are going through and which many of us cannot even imagine. Aside from the covid virus, the world continues to be in strife and we’re sure there are similar heart-rending stories to be told in wartorn Afghanistan, Myanmar, Syria and its beleaguered, miserable refugees that need our empathy and humanity.