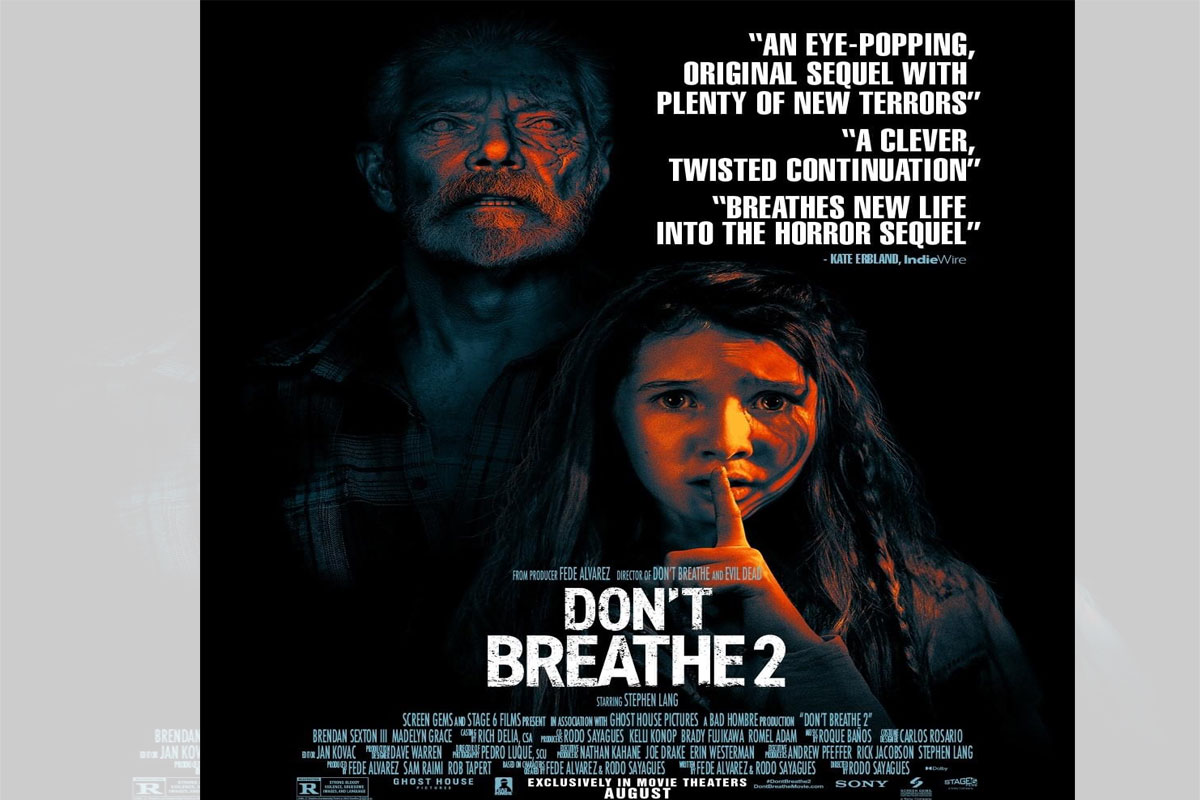 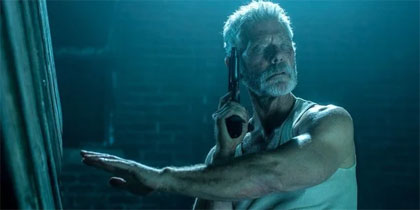 ‘DON’T Breathe’ is a suspense-thriller shown in 2016 where two guys and a young woman break into houses to steal valuables. They make the mistake of trying to rob the home of a war veteran, Norman Nordstrom (Stephen Lang), to get his savings from a safe. Norman is blind, so he turns off all the lights to get even with the intruders who grope in the dark and gets to kill two of them.

The blind man is the villain here as it turns out he is holding another woman captive to give him a child, as replacement for his own child killed in a car accident. The first “Don’t Breathe” was a big hit, so we now have “Don’t Breathe 2” on VOD, but this time, the blind man Norman is now the lead character.

The sequel starts with a little girl managing to escape from a burning house. Jump to 8 years later and the girl is now 11 years old, named Phoenix (Madelyn Grace), living with his dad, Norman, who told her his mom died in the fire that razed their old house.

Norman is very protective of Phoenix and seldom lets her go out of their home. A group of thugs break into their home and abduct Phoenix. The leader, Raylan, reveals to Phoenix that he is her real dad.

Raylan’s men try to kill Norman but, although he may be blind, he is still very buff and agile, and he certainly knows how to use his remaining senses to defend himself well. The bad guys set his house on fire but he manages to escape then uses Raylan’s own dog to trace where they have taken Phoenix.

It turns out Raylan has very evil ulterior motives for taking the girl. Of course, we won’t reveal the details to you as that will be a big spoiler. Suffice it to say that it is so ugly and repulsive and it’s now Norman’s turn to relentlessly track down the bad guys, one by one.

Honestly, we enjoyed “Don’t Breathe 2” more than the original, where all the characters are bad. We honestly cannot sympathize with the intruders then who invade Norman’s home as they have very evil intentions and just got what they deserved.

Now, it’s very obvious that Norman is the main protagonist and it’s perfectly justified for him to punish all the bad guys who messed up his peaceful life with his daughter. Stephen Lang continues to be a dominant presence on screen and we really root for him each time he sends a bad guy to kingdom come.

The VQ (violence quotient) in this movie is very high, with gory blood bath scenes that those who go for such brutality and mayhem will surely be gratified, but will turn off the squeamish. We just don’t know how some viewers would take the attempt to rehabilitate the blind man’s anti-hero character, who is clearly an ominous bad ass in the first movie.

He is not the kind of lead character with whom we develop instant audience identification. There’s some attempt to rationalize and soften him here. At the start of the movie, we meet Hernandez (Stephanie Arcila), a Hispanic woman and former army ranger who runs errands for Norman and is Phoenix’ only friend.

She tells Norman that he might have done bad things before, but he should not worry because God is very forgiving and can give him another chance. Norman doubts it and he tells Phoenix that he thinks God is just and He has a plan. This, we think, is the movie’s effort to give the film some serious overtones. Can God still offer redemption to a man like Norman who has done some very bad things and killed a lot of people?

You’d think that he died at the end of the movie but, don’t leave right away, as there’s a short sequence in the credits showing him and the friendly dog who helped him track down the hideout of the bad guys. If this movie would be a hit like the first one, then we won’t be surprised if there would be a Part 3.

As a sequel, Part 2 is a very tight thriller with characters who are down on their luck, but we continue to root for the blind man to be able to save a helpless little girl. It’s shown at the start that Norman is really teaching Phoenix how to defend herself because the place they live in is dangerous, with organ traffickers kidnapping innocent kids to harvest their body parts. If Norman was morally ambiguous in the first movie, there’s no doubt in the sequel that he has been purged and is now a well intentioned protagonist.

Review of disturbing drama about child sexual abuse, ‘The Tale’