Journal News / Entertainment / Concerts and Movies / Review of ‘French Exit’, a goofy portrait of a weird woman played with aplomb by Michelle Pfeiffer 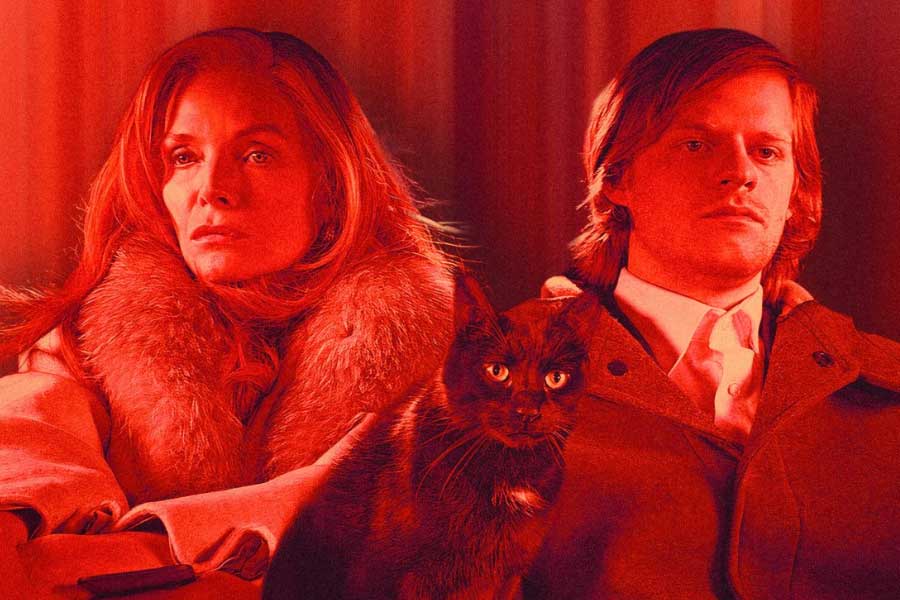 Review of ‘French Exit’, a goofy portrait of a weird woman played with aplomb by Michelle Pfeiffer

MICHELLE Pfeiffer is one of the Hollywood actresses we really admire. Her beauty is so classy and she’s also a terrific actress, specially for her performances in “Dangerous Liaisons” (1988) and “The Fabulous Baker Boys” (1989) for which she got Oscar best actress nominations.

We also love her as the spooked wife of Harrison Ford in the horror flick “What Lies Beneath” and the character study “Where is Kyra?” She’s one of the biggest stars of the 80s and 90s. She now plays mother roles, as in the TV series “The Wizard of Lies” where she got an Emmy nomination as Robert De Niro’s wife.

Now, she plays the socialite mom of Lucas Hedges as Malcolm in “French Exit”, where she got a Golden Globe best drama actress nomination. The movie is about a rich New York woman, Frances Price (Michelle), who has now gone bankrupt. The movie can best be described as quirky. Or even weird.

Frances is used to living a luxurious lifestyle courtesy of her husband who died but left her some money. Years later, she learns that all their property is being overtaken by the bank. Asked by her legal adviser as to what happened, she says: “My plan was to die before the money runs out, but I kept on not dying”.

She’s told to sell her remaining property, including her plush Manhattan apartment and a friend offers her own flat in Paris for Frances, her son and pet black cat to stay in. Malcolm has a girlfriend, Susan (Imogen Poots), and they’re officially engaged, but he doesn’t have the guts to tell his mom about it.

Malcolm leaves Susan to live with his mom. In Paris, Frances remains to be a spendthrift, giving money liberally to strangers. She also reveals to a neighbor (Valerie Mahaffey) that her black cat, which she just smuggled in through customs from New York, is actually the reincarnation of her dead husband.

When she had an altercation with her husband, the cat runs away and she gets a fat clairvoyant and a private eye to help locate him. His neurotic girlfriend, Susan, follows Malcolm in Paris with her new boyfriend in tow. Things just get more and more unwieldy with such an assortment of characters, none of whom is genuinely likeable.

The director, Azazel Jacobs, just fails to make every element in his film jell together. It’s all quite incoherent, including a seance scene where the cat starts talking. The director simply doesn’t know whether he will treat scenes comically or seriously.

Michelle’s character is truly an oddball. She doesn’t really know how to interact meaningfully with people, but she can be eccentric enough to talk to vagrants and give them money. When a waiter in a French restaurant deliberately ignores her and Malcolm, she starts a fire right on their table.

The film eventually just falls apart and not even Michelle Pfeiffer’s delightful performance on autopilot can redeem it. It’s a juicy part and Michelle surely knows how to make it quite engaging on screen. You’d really wish that the movie were as fantastically good as her. If not for her, we would have taken a French leave and make a fast exit midway through “French Exit”.