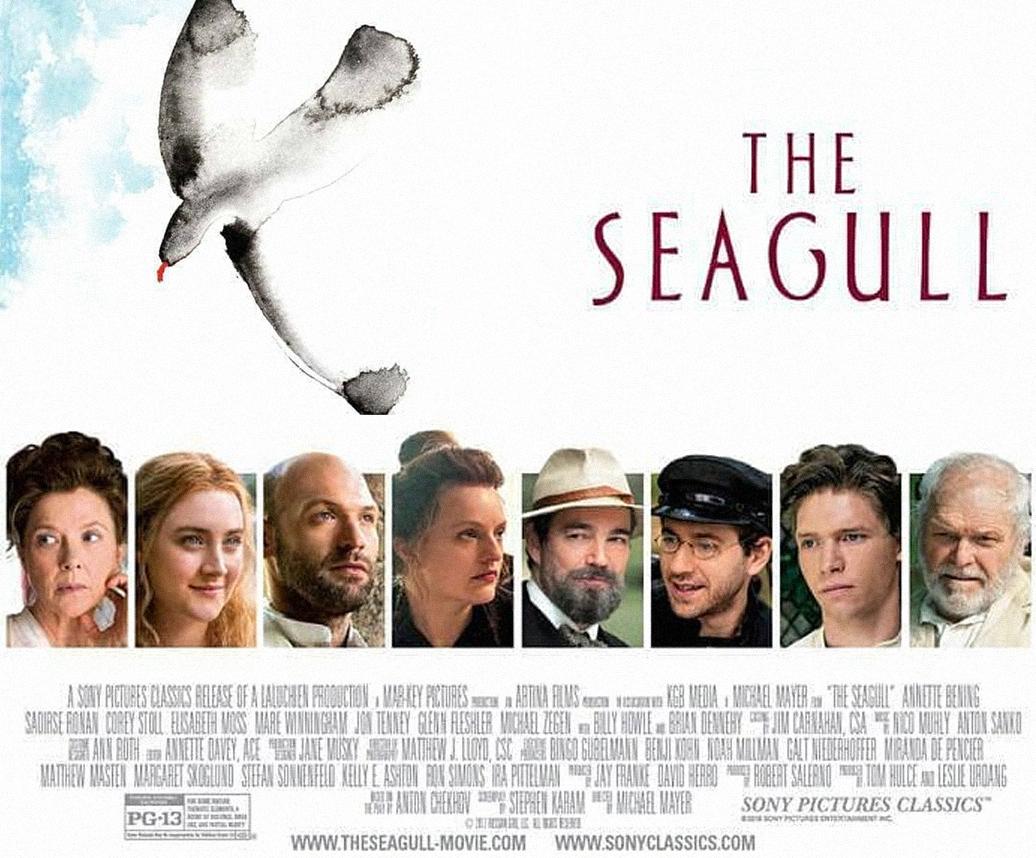 THERE was a time in college when we were totally fascinated by Russian writers and we read all their most important works, notably Tolstoy’s novels and Checkov’s plays. Checkov was actually a doctor but he’s now better known for the legacy of his written works after he died of TB at such a young age of only 44.

We fell in love with his four best known plays: “The Three Sisters”, “Uncle Vanya”, “The Cherry Orchard” and “The Seagull”. All of them are characterized by deep melancholy, with characters who have unhappy inner lives and find it difficult to fulfill their dreams and persevere in one’s faith. They sadly convey that all human happiness is transitory.

Though people think his plays are depressing, they often recognize themselves in the problems of the characters who don’t know how to help themselves and just go through life without knowing how to really live a satisfying life. This is evident in “The Seagull”, considered as the first among his four major plays.

Written in 1895 and first produced in 1896, the first staging was a flop, but when Russian theatre icon, Konstantin Stanislavski (who became a famous mentor in acting), directed it in 1989 for the Moscow Art Theatre, it became a major triumph. Checkov says he wrote it as a comedy but Stanislavski’s staging, focusing on the misery of the characters, turned it into a tragedy.

It was first filmed in Hollywood in 1968 by Director Sidney Lumet, with Simone Signoret as Irina and Vanessa Redgrave as Nina. Now, the director is Michael Mayer, who won the Tony for his staging of “Spring Awakening”. The main characters are Irina (Annette Bening), an aging theatre actress; Konstantin (Billy Howle, very good in the TV series “The Serpent”), her son who aspires to be a modern playwright and rejects the commercial plays his mom does; Trigorin (Corey Stoll), a successful novelist and Irina’s lover; Nina (Saoirse Ronan), the young daughter of a rich man who wants to be an actress; Sorin, (Brian Dennehy), Irina’s ailing brother; Masha (Elizabeth Moss), the daughter of the managers of Sorin’s estate; and Medvedenko (Michael Zegen), a teacher.

The play is basically about unrequited love. Irina is so in love with Trigorin who fancies Nina. Medvedenko is wooing Masha but she is desperately in love with Konstantin, but he is more madly in love with Nina, who in turn, is more partial to Trigorin. All the characters are assembled one summer in 1904 at the lakeside country estate of Sorin.

The play is divided in four acts but, in the movie, they edited out a lot of scenes to quicken the pacing and it runs for only about an hour and 40 minutes. We have not seen the first movie or any local stagings of “The Seagull”, but our impression after seeing this film version is that, it is better read than seen.

Simply because the written word gives you the freedom to imagine how Checkov sees the scenes as he describes them. Even his lines seem more nuanced when read than when delivered on screen. Somehow, the quiet desperation that hangs over most the characters like an unseen mist, notably on the brooding Konstantin, seems more palpable as we read it than watching someone play them on screen.

But there’s still much to appreciate in this film adaptation, notably the acting of most of the actors who seem to be on an auto-pilot. First is Annette Bening’s interpretation of the fading but self-centered actress who masks her insecurities with aplomb and sarcasm. She was quite touching in that scene where she implores Trigorin not to leave her.

We’re not a fan of Elizabeth Moss. We still can’t understand why she won the Emmy for “The Handmaid’s Tale” and we also can’t fathom how the good looking lead actor in “The Invisible Man” is so obsessed with her, but as the spurned and drunken Masha, she is so totally sympathetic, particularly in that scene where she confides to Trigorin how head over heels in love she is with Konstantin.

Saoirse Ronan also shines as the ambitious country girl who dreams of being a popular actress in Moscow. Her final scene with Konstantin is very moving. This is where she admits she is the hapless seagull that Konstantin has previously killed after the setbacks she has suffered in Moscow, then she checks herself and declares: “I’m an actress!”

The film seems to be in such a hurry that you’d wish it had slowed down and given the actors a bit more space to impart the complicated brew of unfulfilled longings and emotions in Checkov’s original classic text. It’s not difficult to watch it like other filmed classic plays, but you’d wish it had more verve and energy in the way it was mounted.