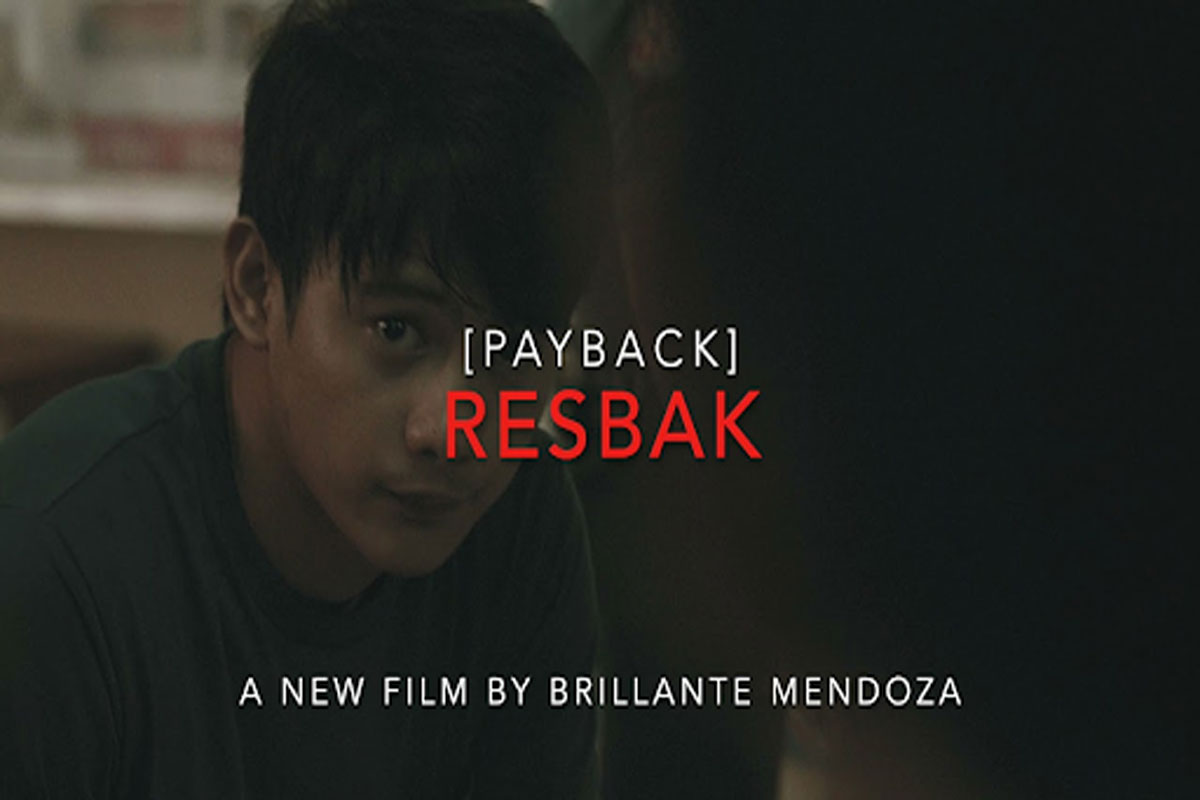 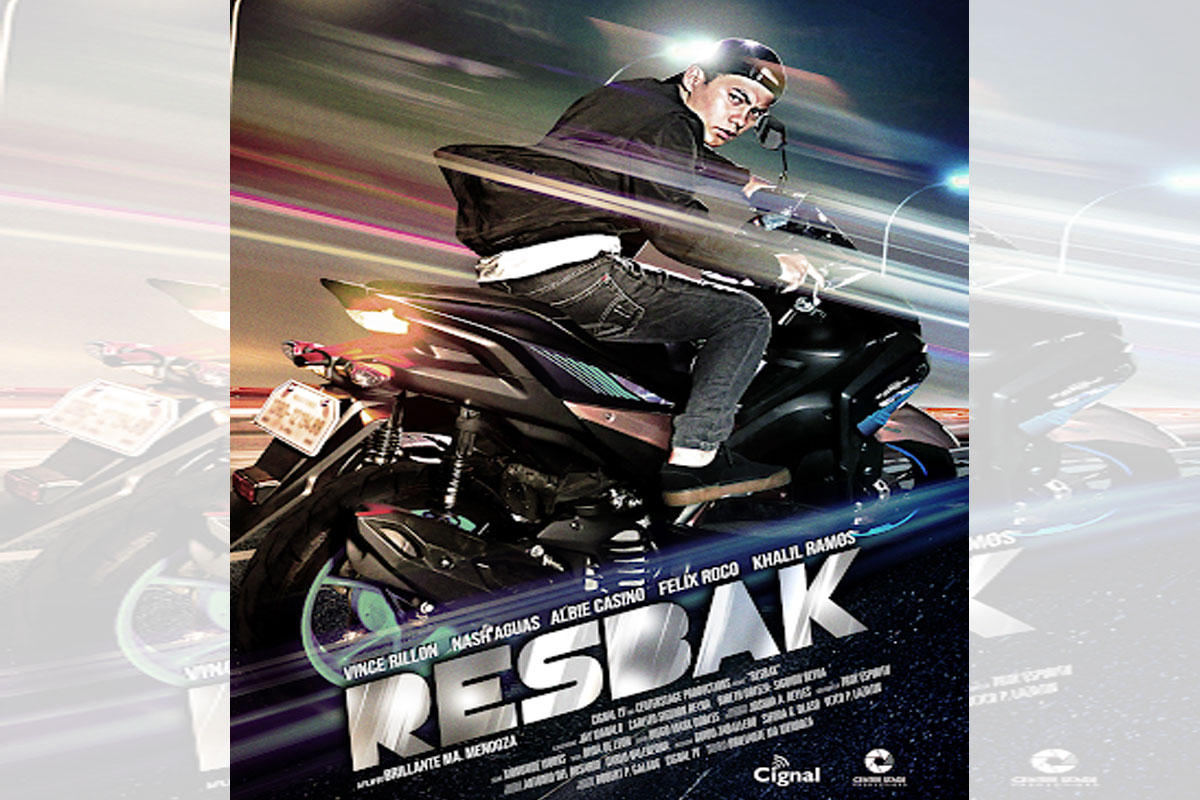 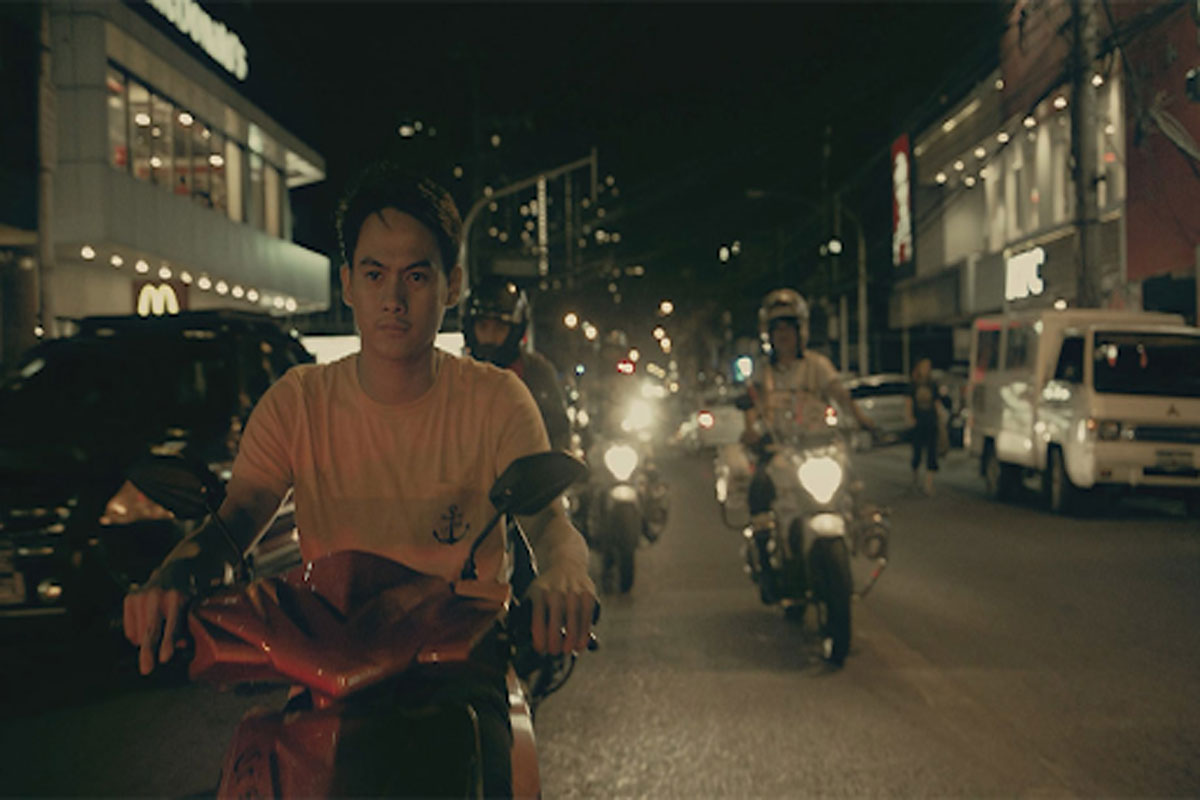 WE saw the special preview of Director Brillante Mendoza’s “Resbak” (translated in English as ‘Payback’), produced by Cignal and shown in the Tokyo International Filmfest. The lead character is Isaac (played by Vince Rillon, in his first starring role as this was made ahead of his ‘Siklo’ and “Sisid” on Vivamax), a small time thief who steals motorcycles.

The stolen vehicles are then taken to Rene (Jay Manalo), a corrupt barangay captain. He and his nephew Jepoy (Albie Casino), who’s running as head of Sangguniang Kabataan in the next election, strip and chop-chop the bikes, then re-sell the spare parts.

The film is shot in Brillante’s usual gritty style with his camera doing the talking most of the time. He himself also handled the film’s very authentic production design. It’s obvious that the film was shot before the pandemic because they have so many crowd scenes that would be impossible to shoot now that social distancing is a must because of the virus.

The film is very political, set during the election for new barangay captains and it shows that corruption really starts at the lowest political level among the barangays. Corruption is personified by Bibeth Orteza as Miss Cora, who pulls all the strings for her chosen candidates, ostensibly all “for the greater good”.

Jay Manalo as the current barangay chairman will do all kinds of cheating just for him to be reelected and stay in power, and also for his nephew to win as Sangguniang Kabataan head. He is so ruthless he has no qualms about killing anyone who crosses him. Written by Troy Espiritu (“Amo”, “Walker”), the film shows how our political system actually corrupts even the youth and turns them into corrupt politicians right from the start.

Vince starts as a tricycle driver, but he becomes beholden to Jay after his dad (Lito Pimentel) was duped by his associates in the bikes that they have stolen. Jay almost killed him but Vince implores Jay to spare his dad and he vows he would work for Jay with total devotion.

Vince has a younger brother, Peter (Nash Aguas), who participates in local rap competitions where the contestants openly insult and deride each other while performing on stage. In one such rap battle, he faces the leader of a rival gang, Richard (Khalil Ramos). The feud between them gets worse and their gangs openly attack each other.

It’s a harsh life for Isaac as he is also married (Mai Fanglayan of “Tanabata’s Wife”) and has a kid. It’s a matter of survival of the fittest for him. When things get from bad to worse for him, he realizes that he cannot really depend on Jay and Albie to back him up so he burns their motorcycle warehouse and garage.

But Vince has to pay dearly the consequences of his actions and it’s his younger brother Nash who has to do the “resbak” for him. The film shows a totally different subculture involving petty criminals and their modus operandi.

It also shows the local rap scene with local gangstas doing homegrown rap songs in Tagalog. A lot of local rap songs are used in the soundtrack, like what they do now even in Hollywood flicks, but the ones used here are all done with a tinge of political commentary and urban realism.

The film also shows how dirty Manila is, with so much trash around and there’s even a pest fumigation scene where cockroaches and rats are sent out into the streets which kids exchange for rice and which Albie used as fodder for his pet piranhas.

The film also indulges in some action scenes with all the street shooting and brawls, with Vince Rillon even doing some nifty moves on his motorcycle, a prelude for his role as a delivery courier in “Siklo”. His basically clean cut, natural, unaffected looks serve him well, specially when he gets badder and badder as the film goes on. Jay Manalo, Albie Casino, Bibeth Orteza, Nash Aguas all give great support, including Khalil Ramos who plays against type as the arrogant, foul-mouthed and hot-headed young punk who gets the comeuppance he deserves.